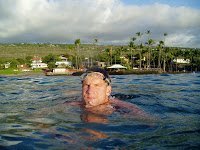 Jamie Patrick of San Francisco will attempt an unprecedented triple crossing of Lake Tahoe in August 2010.

The courageous Triple Tahoe swim is a 66-mile (106K) three-way crossing of Lake Tahoe by the former All-American swimmer from the University of Hawaii who is a highly successful endurance athlete.

Besides an English Channel relay under his belt, he had done a quadruple Ironman Triathlon, a Triple Ironman, over 50 open water swims, ultra-marathon runs and over 75 triathlons.

At altitude, in cold water swimming, through the night and against the 2-3 foot waves generated by the high mountain winds, Jamie will face incredible obstacles, but his mental and physical preparations and other ultra-marathon experiences will serve him well as he plans to join the open water swimming legends who have previously conquered Lake Tahoe.