1 Down, 6 To Go For Beth French’s Oceans Seven 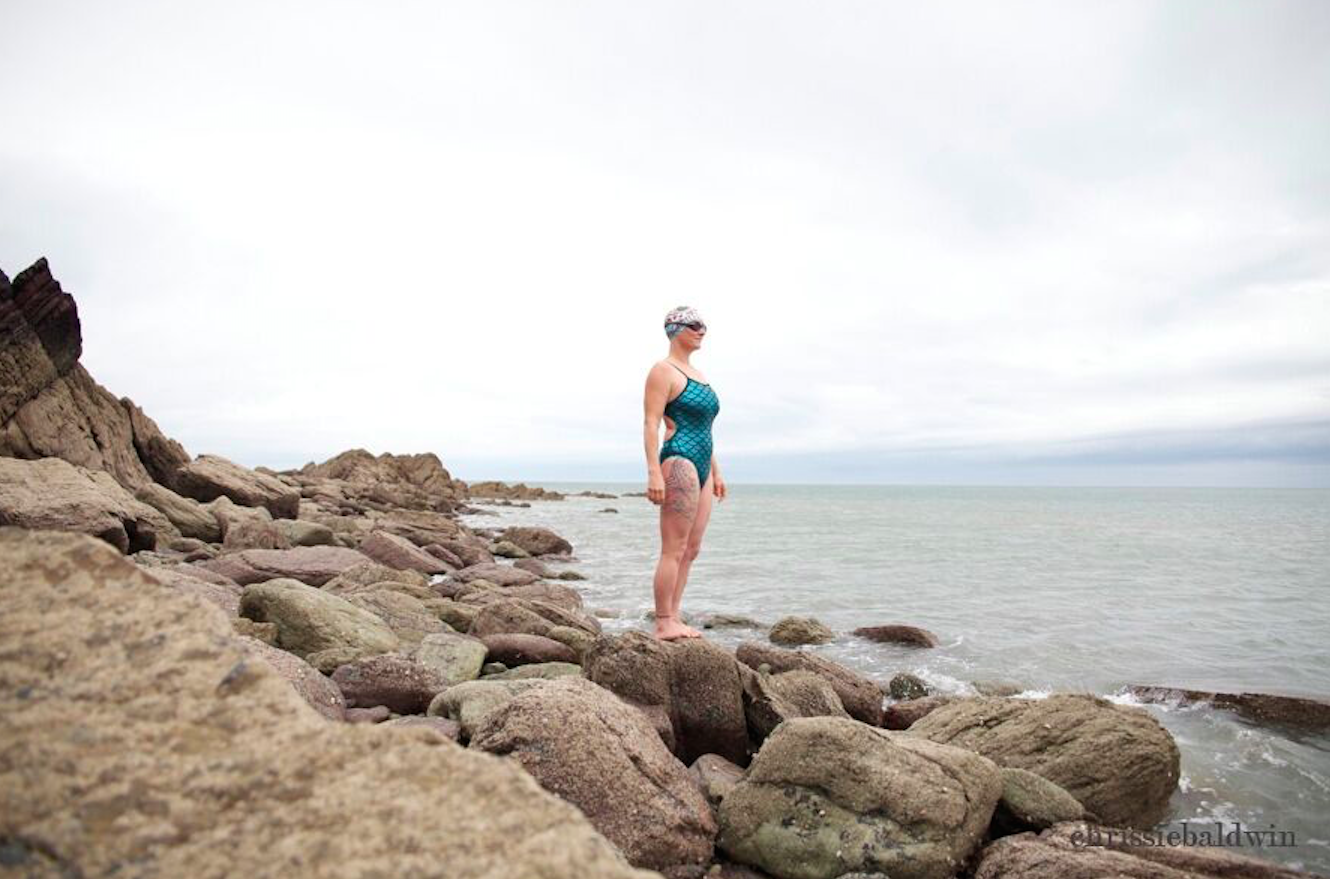 Incredible perseverance paid off for Beth French yesterday, who traveled to Southern California from the United Kingdom to swim the Catalina Channel. She completed her crossing in 19 hours 7 minutes in 17°C (64°F) waters that dropped to 15°C (59°F) degrees off the California coast and despite experiencing stomach cramps.

Robin Hipolito and Carol Sing observed the swim while Dan Simonelli swapped an observer role to assist French as a support paddler.

Daily News of Open Water Swimming: Are you still affected by ME (Myalgic Encephalopathy)?

Beth French: I live symptom free, and to be considered recovered you have to be free of symptoms for 2 years. ME is a complex syndrome that affects people differently with unique triggers and presentations. Whilst I’m free of symptoms, I have had to shape my life to do so. I was fortunate to have suffered at a very young age- got I’ll at 10, at my worst at 17 and recover at 21- which meant that I could explore what worked and what didn’t with far less pressure to have invested in an adult direction. I self studied the immune system and how stress affects it, then looked at how I was affected by different things in my life. I left the uk at 18 and travelled and studied with alternative and indigenous health experts around the world piecing together what worked for me and different answers to what happens in the body.

Daily News of Open Water Swimming: If so, what triggers it?

Beth French: If I made different choices tomorrow, I would end up ill again. I have an immune reaction to certain types of stress. This leads to the ME pattern. It is believed to have a strong cortisol link, but for some that’s exercise, others pain. For me it’s an emotional/ psychological thing- frustration and emotional stress.

Daily News of Open Water Swimming: What can people learn from your situation and how you deal with your own affliction?

Beth French: Learning to live without symptoms was learning to read, understand, healthily react to and manage stress. I had to learn to read signposts my body flagged up and respond accordingly. It’s been an absolute gift – I’ve had to live a life listening to my body, training my mind and exploring my potential. It’s been fascinating and fantastic being able to devote my life to sharing this approach and all I’ve learned with other people through my career as an alternative therapist, combining physical therapy, meditation and coaching. The bravest thing anyone can do is face themselves. Not egotistically, but honestly and without judgement. Daring to open up your own programming to sift through and jettison what isn’t actually working for you unleashes potential like you wouldn’t believe.

My recovery is literally what I go through in each channel swim I’ve done – dissembling my personality and letting go of the things that would stop me; gently but persistently balancing symptoms and reactions in the body- listening but keeping a perpetual overview of what it is I’m aiming for. Daring to become my own hero- which is not a puff chested brag but a subtle shift that I am responsible for my outcomes, my happiness and that’s no longer scary.

Daily News of Open Water Swimming: You are 39, have a son, and work. Will your son accompany you on any of the crossings?

Beth French: My son is at the heart of why I’m doing what I’m doing. I never planned to be a single mum but parenthood for me was about teaching him to fulfil his potential and realise his dreams. I couldn’t show him photos of my amazing 20’s- living in Hawaii, swimming with wild dolphins, being a Buddhist nun in Thailand- as that’s not how kids learn. They need to see you doing it. I wanted it to be normal for him to try and tackle anything he wanted. So I dug through my bucket list from when I was ill and realised I’d done just about everything on it except swim the English Channel. So I dusted off my cozzie and booked a pilot 2 years ahead and trained when he was asleep or at preschool. Reaching France was life changing, but the proudest moment for me was swimming to France and getting back in time to put my son to bed. I’d felt I completed something by keeping my motherhood as important as my swim.

He is now 7 and my coach. He sits on my hips and makes me swim lengths, tells me I’ll swim to America one day and will be with me to keep my feet on the ground. He has special needs and is home schooled so this whole process is valuable learning for him. Logistics, training, healthy eating, emotional and mental training are all laid bare for him. He’ll not be on the boat, he’s too young to cope with the intensity I think of seeing his mum put herself through the ringer but I will have someone watching him while I swim close by.

Daily News of Open Water Swimming: How do you find the time and energy to put something like the Calendar Year Oceans Seven project together?

Beth French: The idea for swimming all seven in a year came while I was struggling to swim kaiwi. My partner had just walked out and I was broken hearted. I felt I needed to swim anyway to work through my life laundry. My left shoulder froze with 7 miles to go and I was one arm doggy paddling for a further 12 hours. Credit at this point to my amazing crew for not getting bored and pulling me! I realised that my struggle was trying to compete doing perfect front crawl. As soon as I let that go, pride, dignity- I suddenly had all the energy I needed. I thought that with my history of covers and my mindset of reaching the other side no matter what, it could be done- with the luck of the weather gods….

I figured it was only a matter of time before someone went for it and I thought why not me. It’s taken 2 years and counting to get her- and most of that time was letting go of what was holding me back. My attitude of needing to prove I could do it. I became the first person ever to swim from the tip of cornwall to the Isles of Scilly last summer – 26 miles of rough water against the current- to show myself I could pioneer a project but that swim blew away all reasons to put off my plans for oceans seven. No swim was going to come between me and my plans again. I have to fit it all around my life, I work 3 days a week which is fantastic training as I do 9hrs of back to back deep tissue massage to a high standard, then train in the evening and home school Dyl the rest of the time so it’s a juggling act. Luckily I did spend my 20’s going around the world so have friends in most of the countries I’m heading to. And the swimming community is phenomenal too. 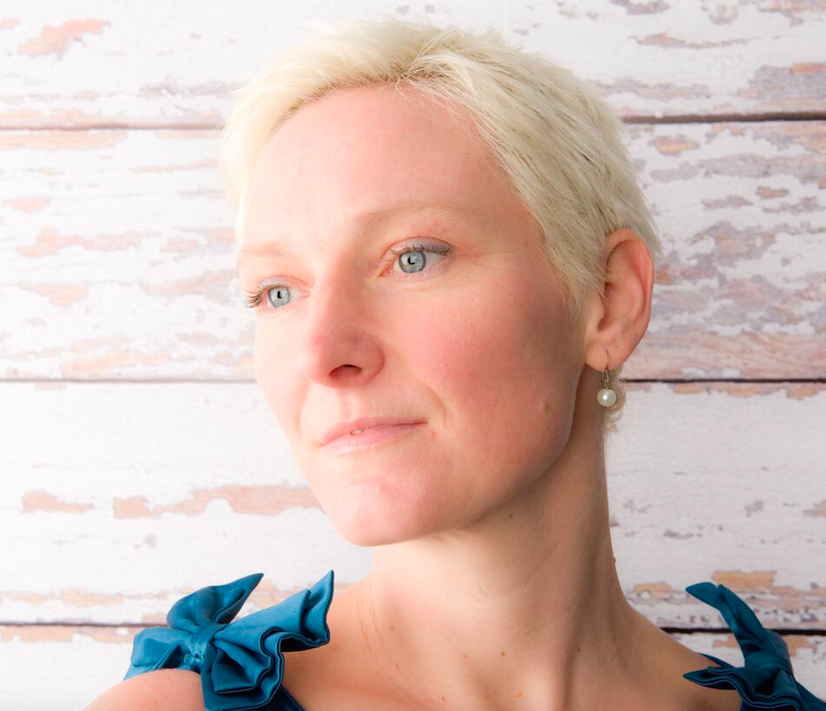 Daily News of Open Water Swimming: What is your strategy to complete the Oceans Seven in one calendar year other than starting with the North Channel?

Beth French: My strategy for competing the challenge is treating it as much like a recovery as a swim. The logistics are always the worst part of a swim for the swimmer- we just want to get wet. But oceans seven is designed to test every aspect of a swimmer, stretch the, in all directions which is what fascinates me. I elected to swim the north channel first so that I have the coldest channel out the way as leaving it til my body is depleted raises the chance of failure and possible illness hugely. Going from September to September allows me to split the northern hemisphere channels up over the 2 seasons. It’s worked out that there’s 3 with a 5 week interval each then a break then one then a break then the last 3 with 6 weeks between each. The kaiwi is the last of the first batch and it’s going to be a tough one as I’ll be fatigued, the water is warm which is a double edged sword, it’s close to winter swell time and it’s the longest swim. But, I’ll be able to take the longest break after that one to get back to cold water which I think is going to be important. It’s all unknown. I’m ending with the English Channel as that’s on home turf, I’ve swim it before, it was my first channel and my dates a days before my 40th. I wanted everything going for the last one- I’ve even managed to secure my original pilot for it.

Beth French: My pilots are almost all confirmed-although some of the channels have reserved a slot but not given dates yet. I have a couple of crew members that are perfect – sports science and adventure enthusiast Ella Hewton who has been helping coxless crew- an all female team rowing the Pacific and ex marine martin James who crewed my scilly channel. I’ll have my best friend looking after Dyl on land and being land crew too. I’m hoping Steve Haumschild will be on my kaiwi trip again as he was a perfect companion and guide throughout.

Daily News of Open Water Swimming: We very much like and respect your plan that each channel swim will make you stronger and is part of your training. What other unique perspectives do you have during your CYOS (Calendar Year Oceans Seven)?

Beth French: I think treating the challenge in its entirety as a whole will help- no ones managed more than 4 in a year, and I’m happy to lay down a trial for people to follow and adjust to suit them. Success is not only completing all seven swims, but in having made it to each of them. My life already has led me here, and it’s testing everything I think I know. I like that. 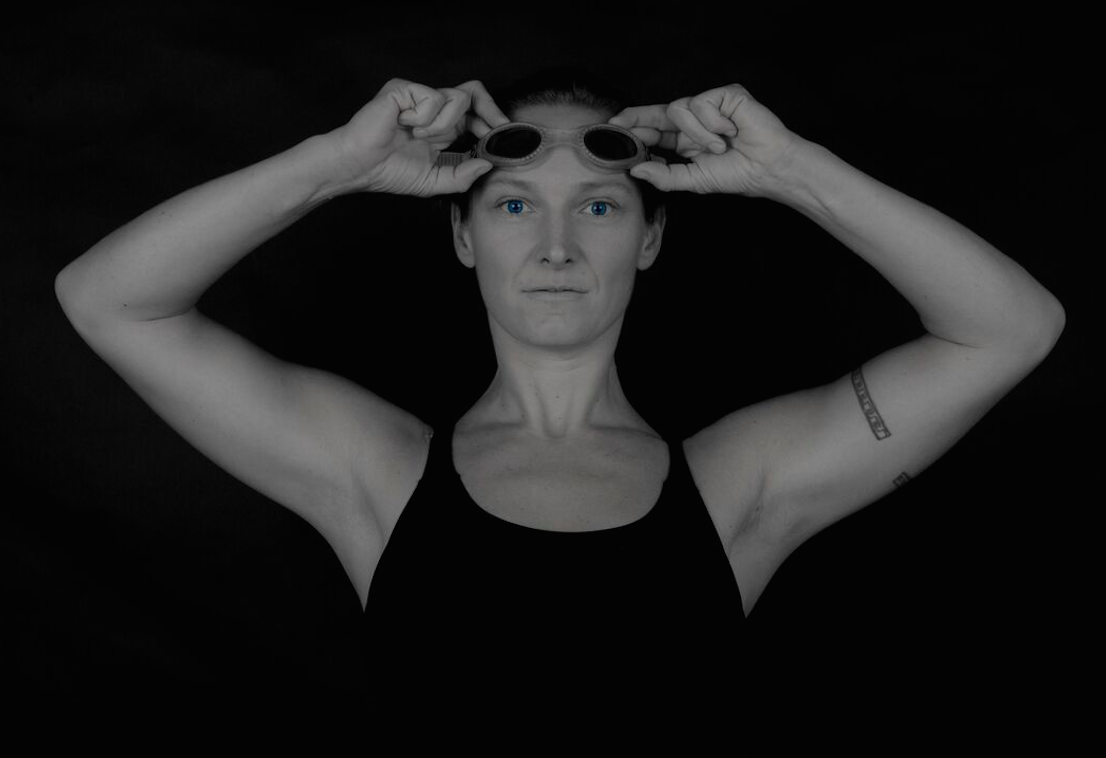