The world has innumerable difficult open water swimming competitions. But that is part of the challenge and allure.

Rough conditions, cold water, sharks, jellyfish, tides, currents, long distances, high altitudes and logistical considerations are the primary obstacles. Everyone has a weakness when it comes to open water swimming. Weakness may come in the form of swimming through rough water and waves. Or it might present itself in cold water and hypothermia. Or it might be the fast pace and physicality of one’s competitors.

Besides the really long marathon swims in cold water, what are some of the toughest short open water swims around the world?

While many people can agree on the marathon swims are the epitome on the difficulty scale, it is more subjective and more difficult to identify the relative difficulty of shorter swims. Below are 10 events around the world worthy of consideration based on the following criteria:

1. Competitiveness (speed and navigational IQ) of swimmers
2. Turbulence and unpredictability of water conditions
3. Size of the field
4. Course layout
5. Intangibles

2. RCP Tiburon Mile (U.S.A.): RCP Tiburon Mile is a coolish, highly competitive 1 nautical mile race across the tidal flows of San Francisco Bay. The mad-dash at the start is comprised on flailing arms and legs and splashes. The 300m sprint is followed by a dog leg left towards the unseen finish, unmarked by buoys. The correct line across the Bay with the Golden Gate Bridge in the distance, is completely unknown by all.

4. Waikiki Roughwater Swim (U.S.A.): Waikiki Roughwater Swim fights across 3 tangents along the 3.8 km course offshore from Oahu in the middle of the Pacific Ocean. The winds and currents can create havoc on the first 2 legs, but it is the final 800m leg that requires local surf knowledge or extensive experience to minimize the oncoming currents.

5. Freedom Swim (South Africa): Freedom Swim is 7.5 km from Robben Island to Big Bay, known for its cold waters, rough conditions, waves, and sharks. The presence of known apex predators and cold water makes this a mental challenge as well as a physical one.

6. Bosphorus Cross-Continental Swim (Turkey): Boğazıçi Kitalararasi Yarislari begins with mass starts and crosses the Istanbul Strait from the Asian shore to the European shore in a non-lineal fashion as the current flows across the 6.5 km course.

7. Fiji Swims (Fiji): Fiji Swims 2.7 km course starts on a disappearing sand bar and takes all types of turns and cuts across the channel between Treasure Island and Beachcomber Island. Water flows depend on the configuration and depth of the coral reefs, combined with the current direction. Marine life is abundant, sometimes swimming with you, sometimes against you.

9. Xiamen-Kinman Swim (China-to-Taiwan): Xiamen-Kinman Swim is a 7.1 km cross-channel two-person relay swim between Xiamen, China to Kinmen, Taiwan across the Taiwan Strait, formerly known as the Black Ditch. Winds can generate serious and relentless whitecaps and lateral surface flows that lead to anticipated times to double.

10. FINA World Championships 5 km (various locations): World Championships 5 km is nearly an all-out sprint for 50+ minutes against the fastest swimmers in the world. Every buoy presents a critical turn where valuable seconds and precious meters can be lost or gained. Physicality is maximized with elbows, scratches, hits and bumps throughout while yellow cards and red cards are frequently called.

While every open water swim can be hectic on race day, the reverse is also true. Turbulence the day before the race can turn to tranquility on race day. Tower 26 founder Gerry Rodrigues accurately summed up the vagarancies of the sport. “I never really had any hard swims, just tough conditions at times due to wind, chop, currents, surf, etc. But I will state that one way I prepared for tough conditions was by training in open water in the afternoons and evenings when winds are up. [This] makes conditions challenging and helps build power for the open water.”

Alex Kostich, one of the world’s most traveled and experienced ocean swimmer, recalls his favorites. “I would say the most competitive, challenging, cold and strategic – hardest in that way – would be the RCP Tiburon Mile with a close second being the Waikiki Roughwater Swim.”

Trent Grimsey, the English Channel record holder, who has done professional marathon swims and dozens of world-class ocean swims on five continents, recalls his experiences. “In terms of hardest – the Freedom Swim in South Africa was by far the hardest I have ever done. 11 degree water and in great white shark territory. Not only is the Freedom Swim physically hard, but also mentally hard.”

Rhys Mainstone, a top professional marathon from Australia who has traveled the world, favors a domestic event in terms of difficulty. “I don’t really know the hardest race, but a challenging swim is the Byron Bay Winter Classic. It’s around 2.5 km around a bay; sometimes, the race is nice and smooth and other times it is rough, windy and cold.” 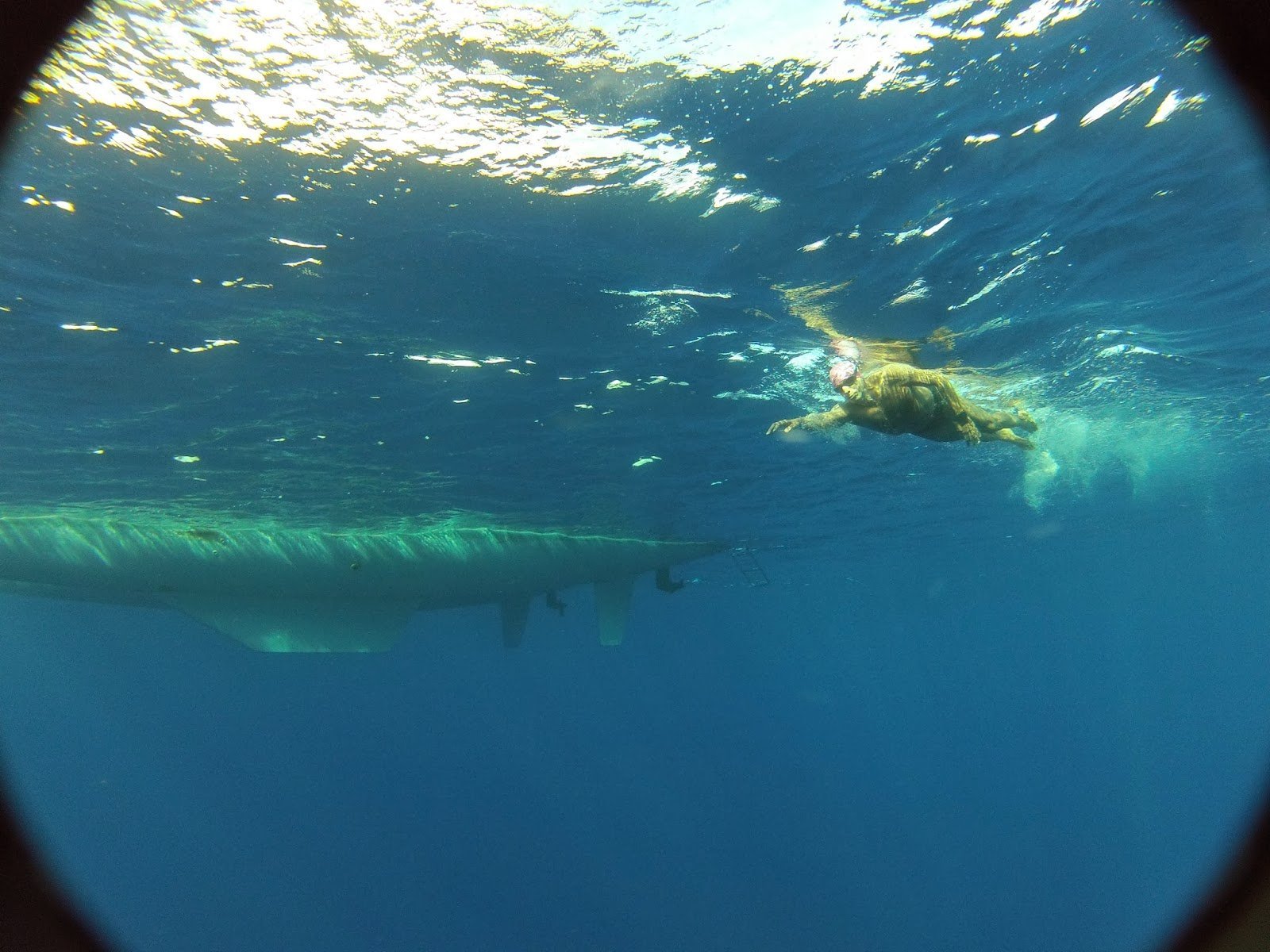 While the above races are relatively short, the World Open Water Swimming Association selected 15 tough challenges in both the Northern Hemisphere and Southern Hemisphere:

5. Bering Strait: A 53-mile (85 km) stretch between Russia and the USA located slightly below the polar circle where extremely cold water (under 6°C or 43ºF), strong tides and currents punish its challengers for 2.2 miles between Little Diomede (U.S.A.) and Big Diomede (Russia). 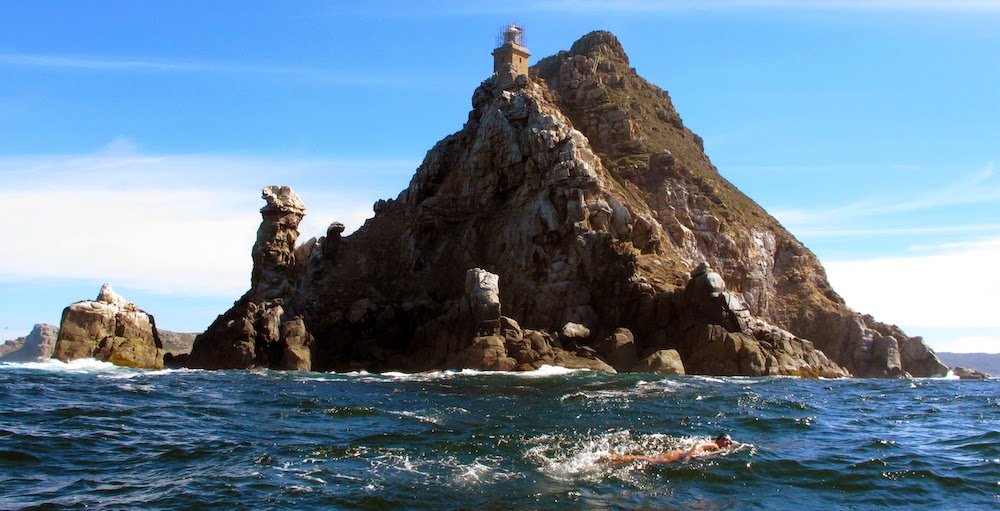 Some of the hardest open water swims in the Southern Hemisphere are listed below, although the potential list is extremely long: