10 Hours Around Manhattan Leads To A Lifetime Together 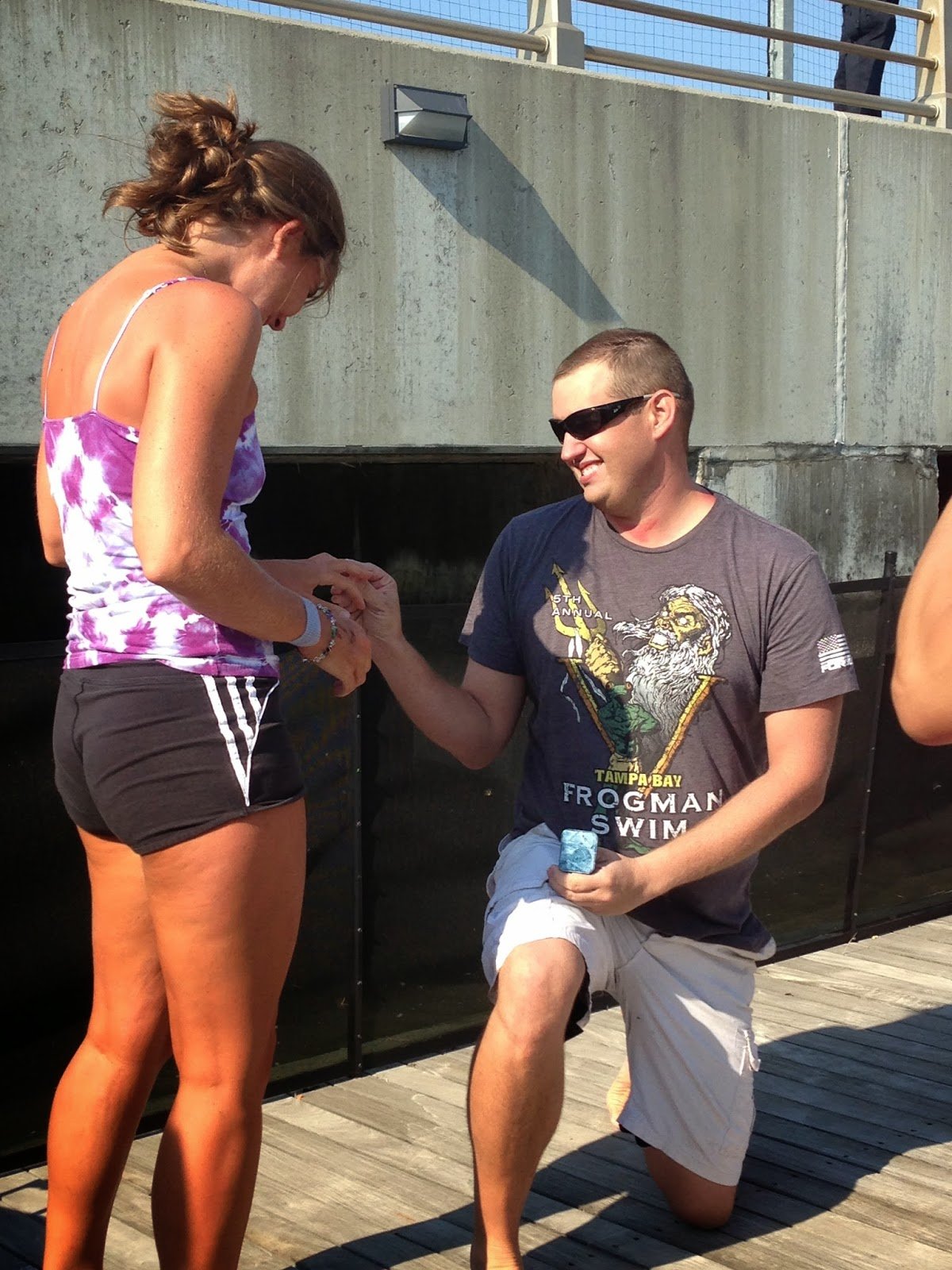 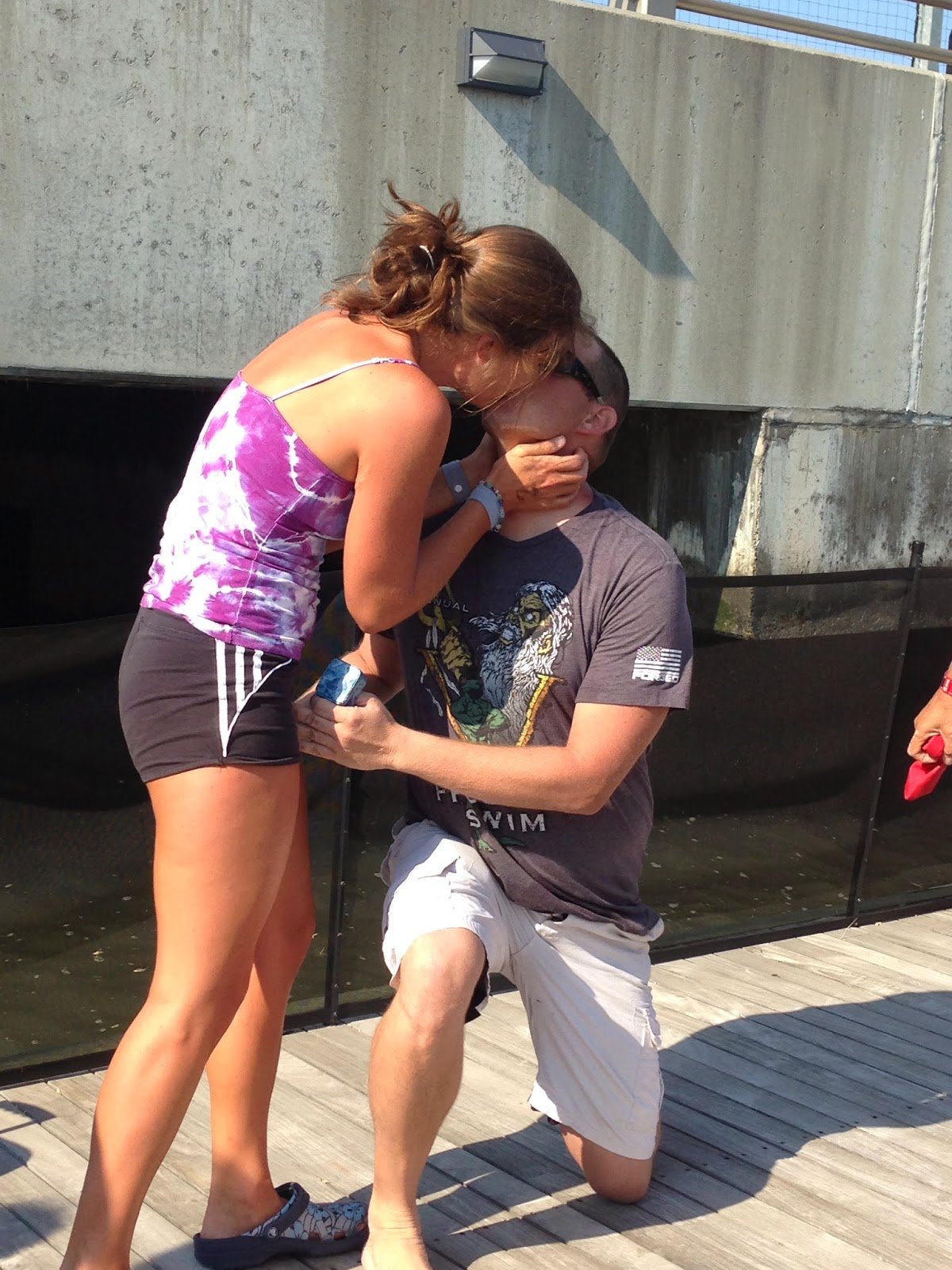 JC Malick‘s time for yesterday’s Manhattan Island Marathon Swim was 10 hours 43 minutes. “It was a tough slog in the Harlem River and I got held up for about 20 minutes by a departing Norwegian cruise line, but I am very proud of my crew Eri Utsunomiya and Lisa Hertz, boat captain Stephen DiPietro and his wife and boat observer Nancy, and my two kayakers Bill McArthur and Pat Kerrigan.” [shown below]

But the skyscrapers and urban landscape of Manhattan Island, the dynamic flow of the New York waterways, and the festivities of the Manhattan Island Marathon Swim were simply a backdrop to the dramatic event that was to take place at the end of the race.

“Everyone was clued in about [my wedding] proposal but Lisa,” explains Malick. “Even race director Morty Berger helped facilitate proposal location ideas.”

Malick envisioned and engineered a series of secret movements that was to unfold at the race end.

As the 28.5-mile circumnavigation of Manhattan Island ended, he explains, “As I wanted my whole crew to be a part of the process, the kayakers pulled into North Cove as I finished at Pier A and then met us on the unloading dock, Pier 25.” Since Malick has participated in MIMS since 2008 – two years as an observer and three as a kayaker – he proposed on bended knee and said, “I’ve waited five years to swim around Manhattan, and waited my entire life for you, will you marry me Lisa Kathleen Hertz?”

Malick and Hertz met at the 2014 Tampa Bay Frogman Swim in January as two of only three non-wetsuiters out of 150 swimmers. “I moved to Florida in March to kindle the relationship. I kayaked for her in the 24-mile Tampa Bay Marathon Swim where she came in second in a time of 12:45 on April 19th of this year.

The ring Lisa always had in mind was an aquamarine, a gemstone that symbolizes the aqua color of the ocean and because of the sea values, it invokes including protecting those who travel by, over, or near water and opens the channels of clear and heartfelt communication. The ring was designed by a local jeweler, Bernie’s and Sons, in St. Pete where we both live on the Tampa Bay on a wrap around dolphin band
.”

Imagine the scenario where two people have poured out their heart and soul not only in their chosen sport of open water swimming, but also to each other to provide the emotional support, feeding, navigation and kayaking to each other as they alternate marathon swims around the world.

“I thought for two marathon swimmers, the ideal location would be after an endurance event, turns out I was right when she said yes. The wedding will be held in 2015 in either the northeast – Maryland or Delaware where our families are from – or on the beach in Florida. Either way, open water will be involved as well as a first swim.” 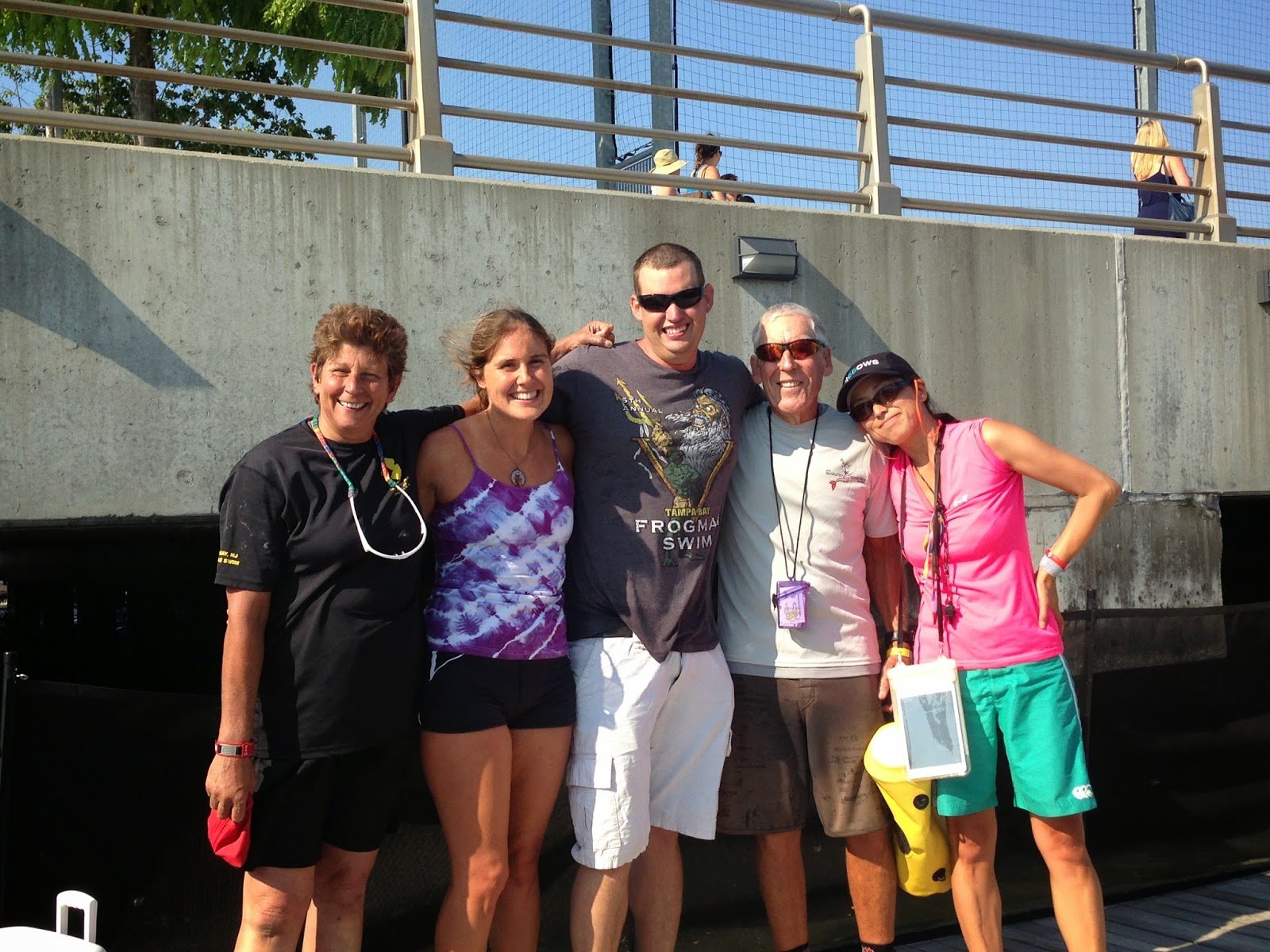 Photo of the wedding ring is shown here.