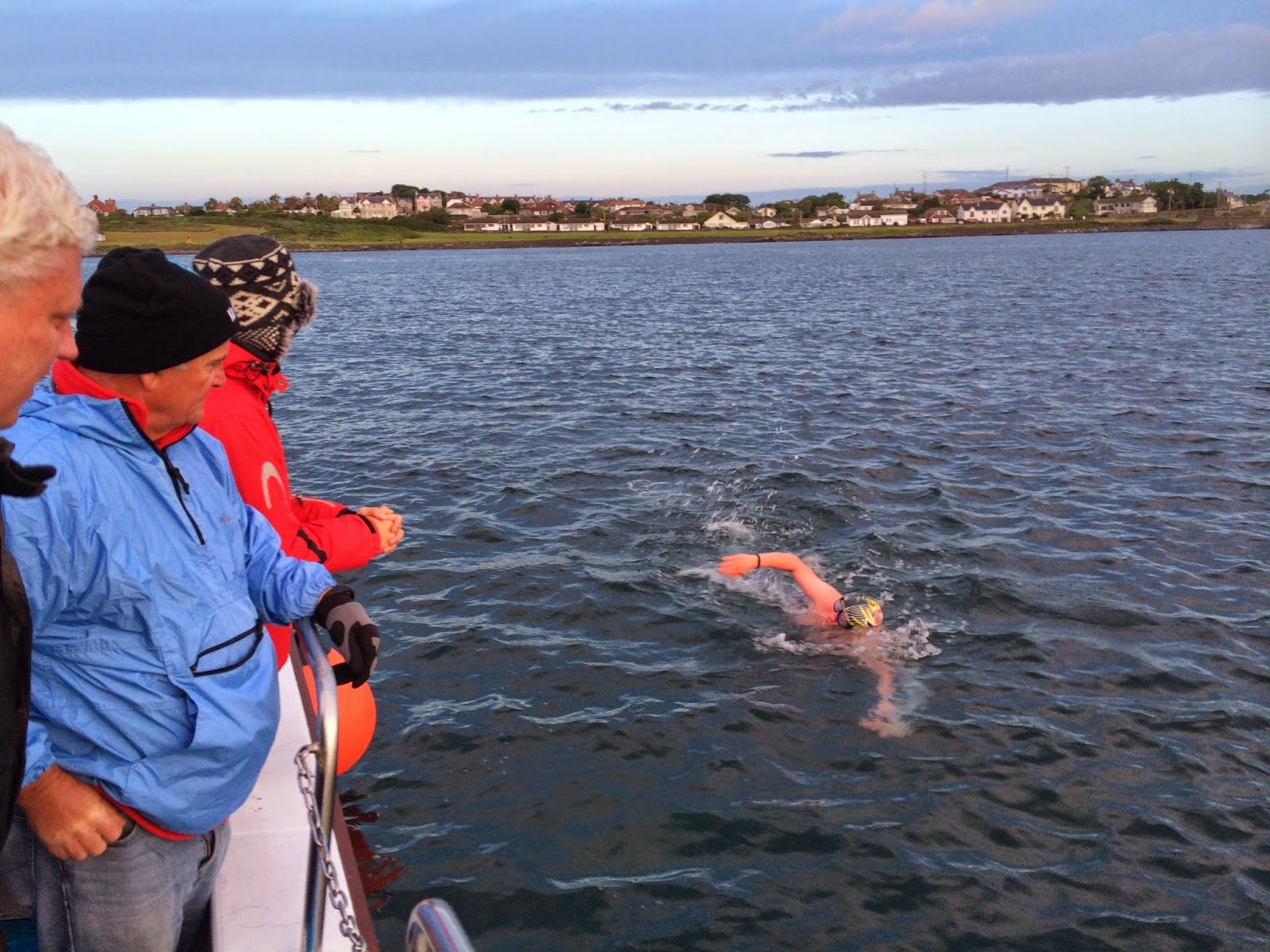 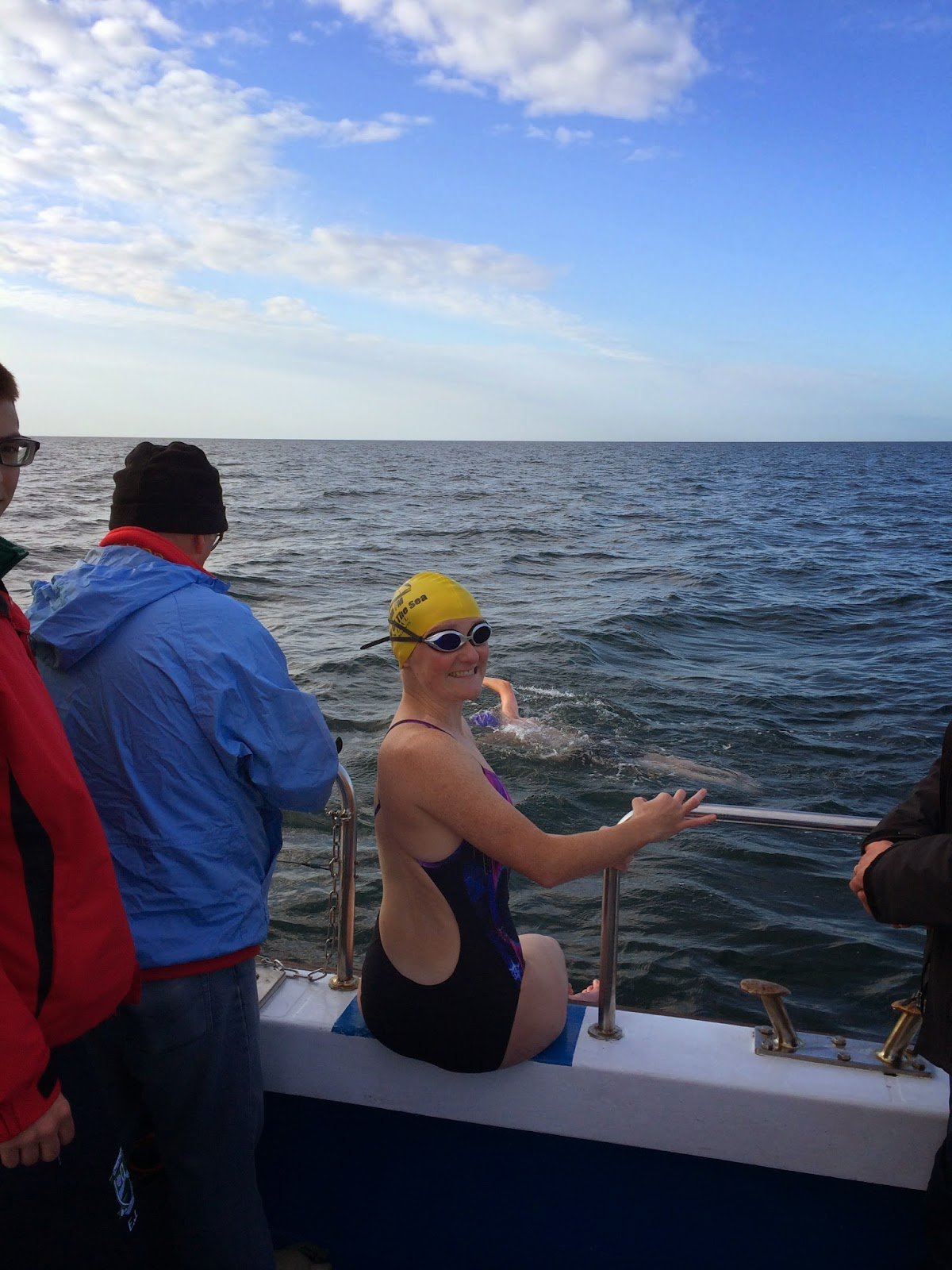 Eleven Feet…such an unusual name for a 6-person relay team.

Until you see the smile on David Burke‘s face when he left from Robby’s Point at Donaghadee Bangor in Northern Ireland and finished on the Scottish shore.

After learning how to swim when his leg was amputated due to a car accident at the age of 7, Burke was determined to do something special in the water.

Crossing the North Channel definitely qualifies as doing something special.

Galway reports, “At 0508 on July 5th, the claxon sounded on board Bangor Boat Ocean Crest and David Burke left the safe haven of Robby’s Point South of Donaghadee Co.Down on the first stage of the six-member relay swim across the North (Irish) Channel headed for Portpatrick Scotland.

This swim is the season opener for the notoriously tough open water swim crossing. A good tidal and weather forecast should make for a busy summer at sea.*

The relay team seen regularly training regardless of the time of year or the water temperature at Camlough Lake and in Carlingford Lough. Water temperature was an average of 11.7ºC (53ºF) with ambient air temperature of 10-15ºC with south westerly 5 knot winds, and the crossing excellently navigated by Bangor Boat’s Brian Meharg and Mervyn Kinny together with Milo McCourt, Pádraig Mallon, Chris Cooke and Eoghan Jones ensured that the swim had life saving and first aid assistance. The aptly named team ‘Eleven Feet’ made landfall north of Portpatrick Scotland with a total swim time of 12 hours 52 minutes, a distance of 37.7 km with David as the first amputee to make a swim crossing of this channel and a second successful crossing for a team from the Camlough Lake Water Festival

For a full report, visit here.

* Finbarr Hedderman completed a solo crossing of the North Channel a day later in 12 hours 24 minutes.