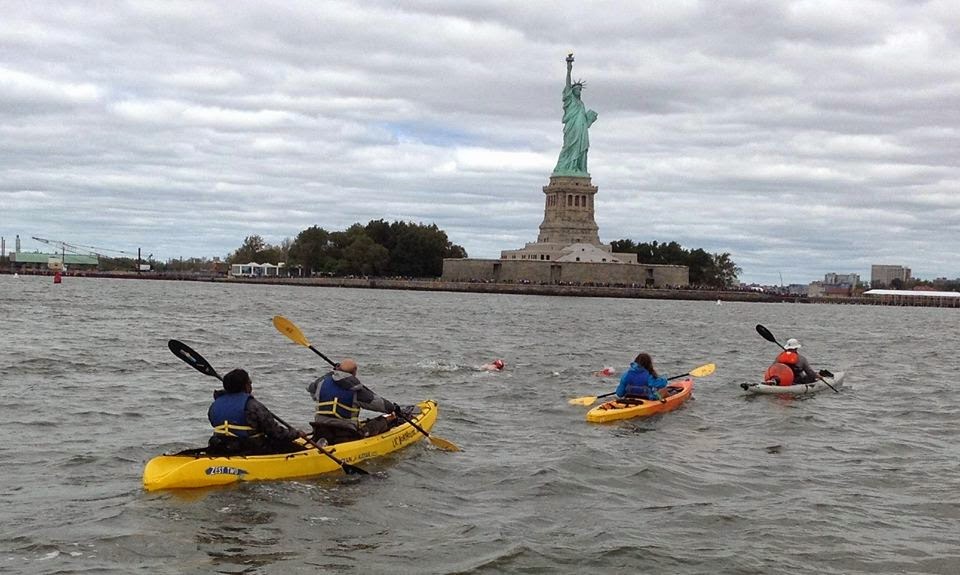 The Rose Pitonof Swim, a 17-mile swim from Manhattan to Coney Island in New York, is entering its fifth year. The event is named after Rose Pitonof who was the first person ever to successfully complete this swim at the young age of 17.

In 1911, Rose swam from East 26th Street to Steeplechase Pier, in the Coney Island area of Brooklyn, earning the woman’s title of Long Distance Swimming Champion of the World. She swam mostly breaststroke, occasionally passing underneath piers. Her nutrition for the day was a chicken sandwich and a cup of coffee before she started her swim.

Like the namesake, New Yorker Simona Dwass will attempt to complete the swim at the age of 17. Her participation marks the first attempt at the swim by anyone of her age, male or female, since Rose’s inaugural swim in 1911.

“Jumping into the water before an open water competition, I am still always impressed about having the opportunity to take part in raising awareness about our waters and swim in bodies of water that are considered toxic by most New Yorkers,” said Dwass, echoing the views of Urban Swim, the event host.

This year’s race will be on August 9th with a make-up date of August 23rd if needed. Registration is still open and can be found here. For more information, contact Deanne Draeger at [email protected].

“Urban Swim is an organization dedicated to providing people with safe access to clean water,” explains founder Draeger. “We stage open water swim events in urban areas as a means of fostering a relationship between people and water. Our events introduce people to the recreational possibilities of their local waterways, and in so doing, raise their awareness of water quality issues. Our activities in support of safe access to clean water are not limited to our open water swim events. We are also actively involved in other initiatives including dock sharing, water testing, free kayaking programs, support of other open water swim events, partnerships, and political advocacy.”