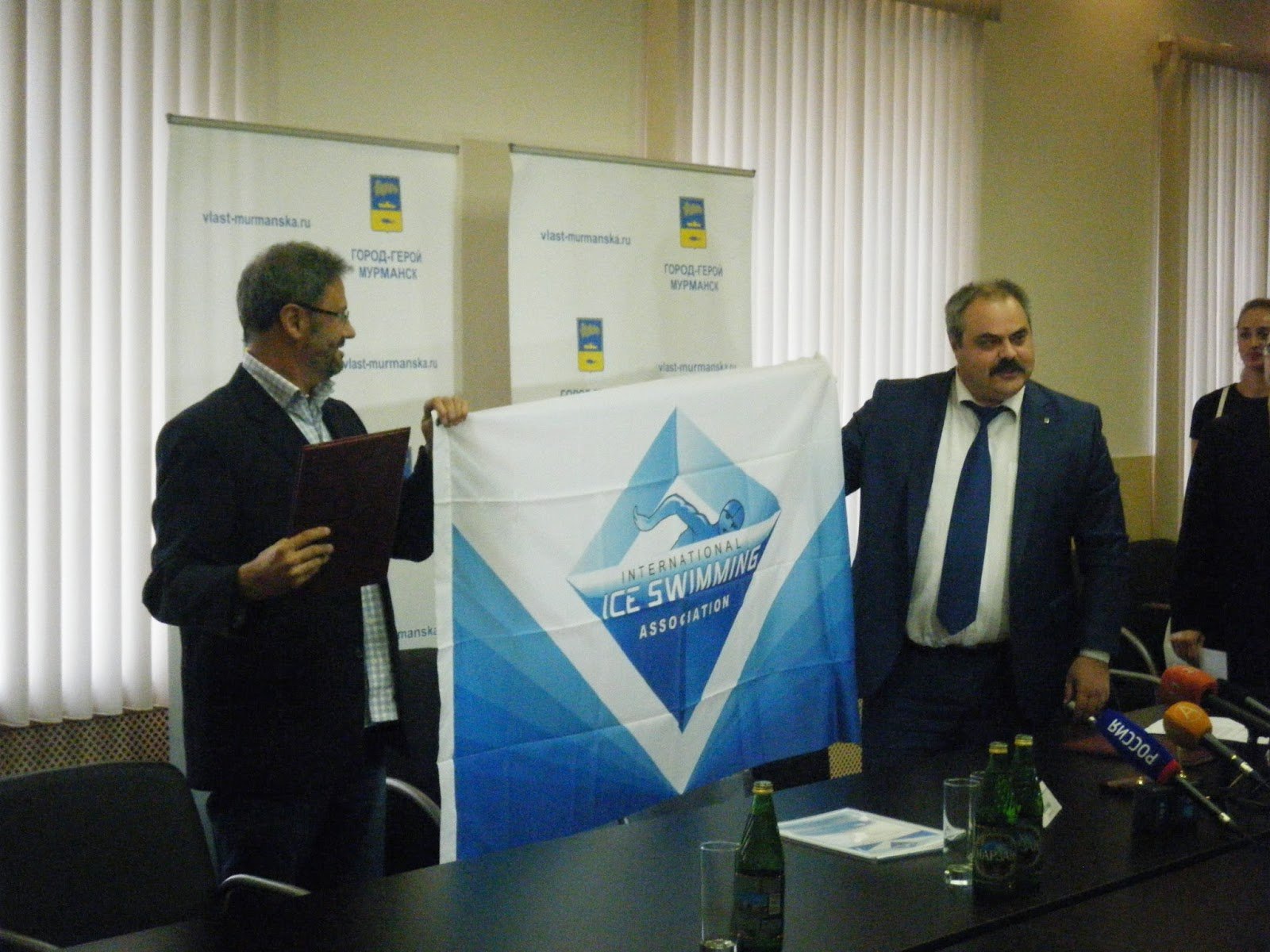 Dmitry Blokhin, Deputy Chairperson of Murmansk City Committee of Physical Culture and Sport, reported some great news for ice swimmers around the world.

“The Head of Murmansk City Alexei Veller and Ram Barkai from South Africa signed a Declaration on Cooperation between the Murmansk City Municipality and the International Ice Swimming Association on June 20th 2014.

Veller and Blokhin will present the details of the World Ice Swimming Championship at the 2014 Global Open Water Swimming Conference in Scotland between September 19-21 on the Isle of Bute.