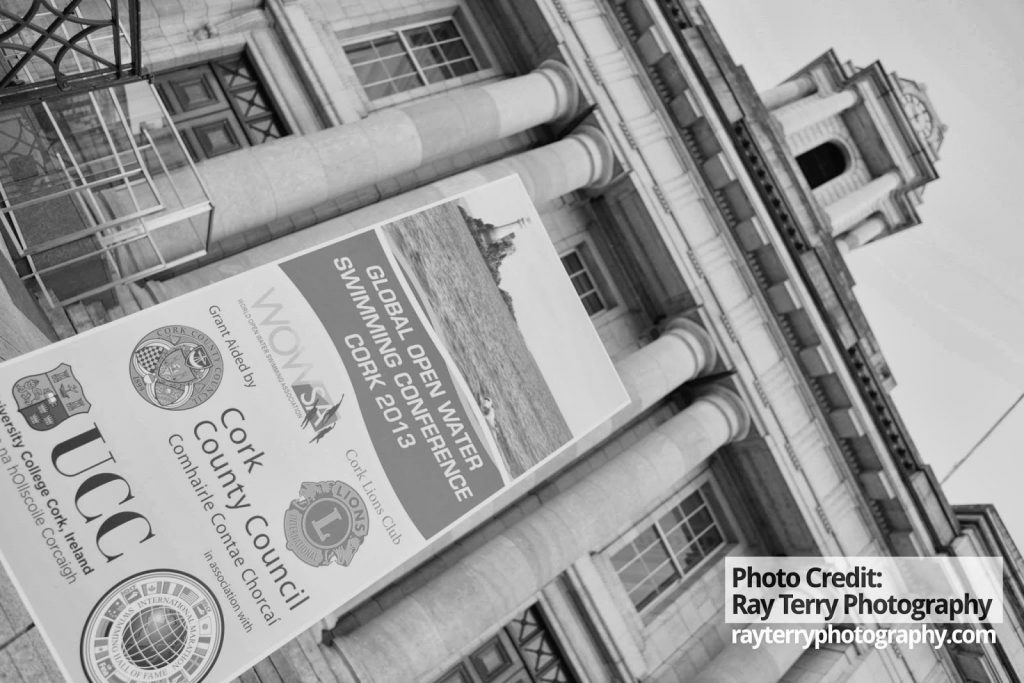 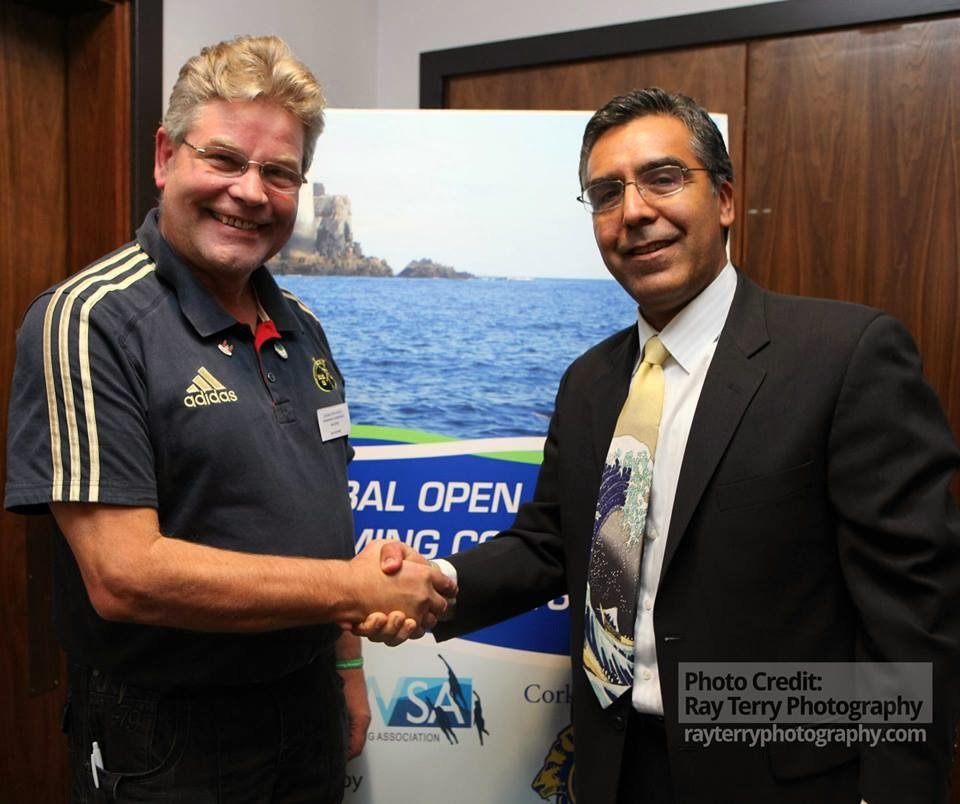 From the opening reception at the City Hall with the Lord Mayor to the final Atlantic Ocean swim around Sandycove Island, the hosts and organisers of the 2013 Global Open Water Swimming Conference out-did themselves.

In addition to gathering the luminaries of the sport, Oswald Schmidt kept the activities, speakers, and networking going strong throughout the conference in Cork, Ireland.

An Olympic gold medalist, world champions, and Kings of Channels from English to Robben Island, celebrated the WOWSA Awards winners and the International Marathon Swimming Hall of Fame Honourees. From the dramatic storytelling of Stephen Redmond and Anna-Carin Nordin to the scientific presentations that educated all, the information flow was constant and massively interesting.

But one of the highlights of the Conference was when Oswald Schmidt accepted on the behalf of the organising committee the inaugural Poseidon Award, an honor given by the International Swimming Hall of Fame to recognize those who have gone beyond the call of duty in the world of open water swimming.

That the organising committee most definitely did.