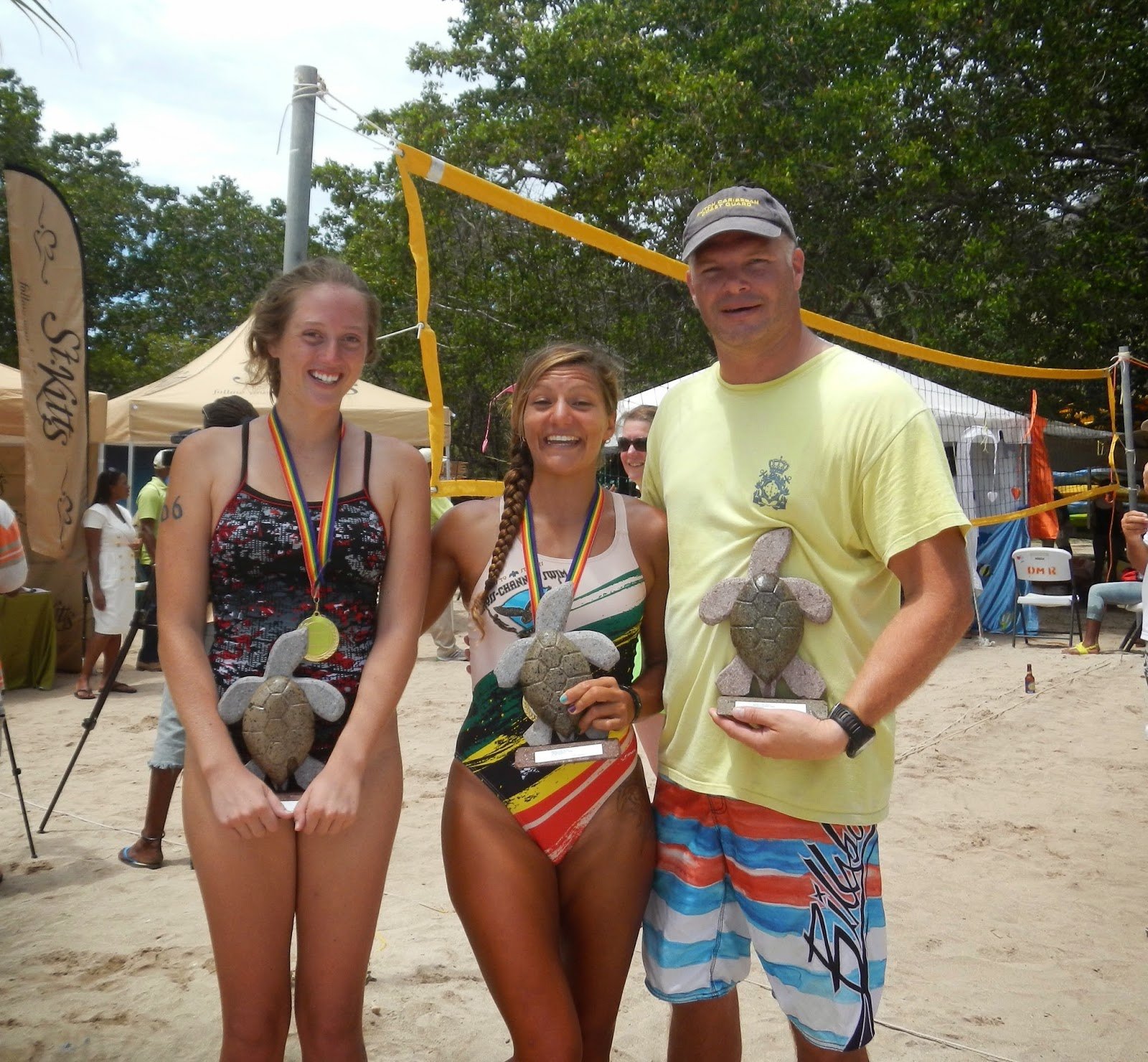 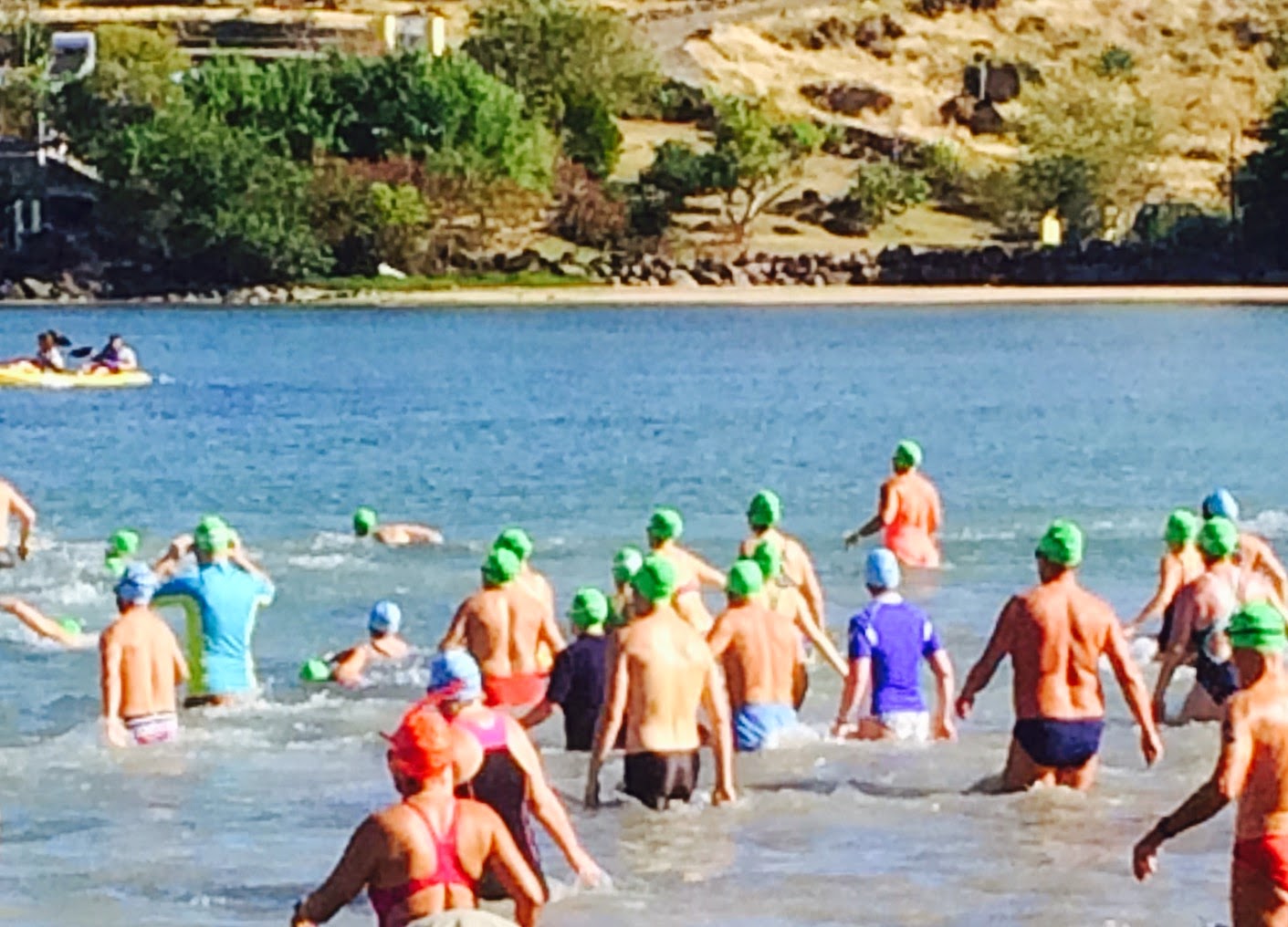 Nevis is a premium destination in the Caribbean. It is a hidden undiscovered gem favoured by the discerning traveller due to the privacy and exclusivity that the island affords.

It is not a cheap destination. There are no all-inclusive hotels and cruise ships and fast food restaurants are banned. Nevis is a place that holds the environment in high regard and has embraced eco tourism as the way forward. There is a wind farm on Nevis, a thriving waste-to-energy programme and Nevis is leading the way in the Caribbean in geo-thermal energy production which will effectively make Nevis the “Norway” of the Caribbean in years to come.

It is a beautiful, natural undiscovered paradise island and a unique destination, made even more unique by the existence of the Nevis to St. Kitts Cross Channel swim.

This stunning bucket list open water swim takes place across the ‘narrows’ between the two sister islands of Nevis and St Kitts. Starting at Oualie Beach on Nevis and finishing at the Reggae Beach Bar, Cockleshell Bay on St. Kitts, the 2.5 miles (4.1 km) swim offers the chance to experience the best open water swimming in the world.

It is so clear that you can see the bottom and with the crystal-clear water reaching temperatures of 24-26°C and local sea life in the form of giant sea turtles accompanying you on your journey, the Nevis to St. Kitts Cross-Channel event is an open water swimmer’s dream.

The annual event is both a race and a challenge. For serious swimmers it is competitive with the potential to break the record and earn a cash prize. For a challenge, it is a great opportunity to make a rare crossing under controlled and safe conditions with athletes permitted to use whatever non-mechanical assistance they need to get across, from fins and mask to snorkels and wetsuits.

This annual event partners with the St Kitts Turtle Conservation Group and raises funds for the charity. It is run by local event organiser, Winston Crooke. The event over the years had grown in numbers and has driven tourism in Nevis by attracting an ever increasing number of international visitors. It has also had large female participation over the years – close to 75% and for the last couple of years the women have dominated the top ten overall.

Having participated in the swim in 2014, I was naturally delighted to be invited back and had also brought two friends from my local swim team in London, The Camden and Swiss cottage Masters team who wanted to see what the fuss was all about. So I had company.

Although I’m an Olympic distance triathlete who normally does lake or river swims of 1500m, I had had the benefit of doing the crossing once before so knew that I had to keep Noke’s Knoll to my left. That being said, it is still pretty hard to sight on a point 4 km away. The second issue was the current and I was hoping that it would not be too changeable on the way across.

On the morning of the race, the sky was blue and we were faced with yet another glorious day in paradise. The start was 10 metres from my seaside room at The Oualie Beach Hotel – meaning “Land of Beautiful Waters” – is what the Carib Indians called Nevis before European settlers arrived. Not often you get to sleep less than 10 meters from a race start.

The sea was calm and definitely less choppy that last year. The gun went off and the water was a perfect temperature. Within minutes, we were all so spread out I could only see one other swimmer, a lady who was visiting Nevis as part of a SwimTrek group. SwimTrek is a UK company that specialises in swimming holidays. Winston had been trying to persuade them to make Nevis their Caribbean destination and was thrilled they were taking part. There were 7 of them and they all seemed to be having a great time.

I swam with Liz, the SwimTrek swimmer, the whole way over which was great company with both of us us taking turns on the front. In hindsight, we way went too far left, swimming further than we had to, as the faster swimmers swam further to the right almost hugging the midway rocks called The Cows. Crucially, this was a smarter move as that meant that the current assisted them in the second half of the swim whereas we had to battle against it in an already fatigued state. A point to remember for next year should the currents on the day be similar. Poor Liz. She just assumed that as I’d done it the year before I would know the best way. I bet she won’t make that mistake again.

Eventually we reached the far side of the bay and swam past the headland. It seemed to take ages to get to the beach and I realised this is where we had made an error. We had gone too wide. The swimmers hugging the headland were making more ground. Finally we made it to the beach and ran under the arch to give a short interview for the local Nevis TV channel.

What an event. It really is magnificent. With amazing handmade turtle trophies by Marvin, a local Nevisian artist, crystal blue sea, and far too much interesting sea life to maintain a true race focus. It’s just too easy to go off course by following a turtle.

This swim should be on everyone’s bucket list swim.

Nevis is not only an idyllic Caribbean island, but also an awesome sporting destination with various events throughout the year. The swim event is the first in the year followed by The Nevis Blues festival, The Nevis Running Festival and the Nevis Triathlon. 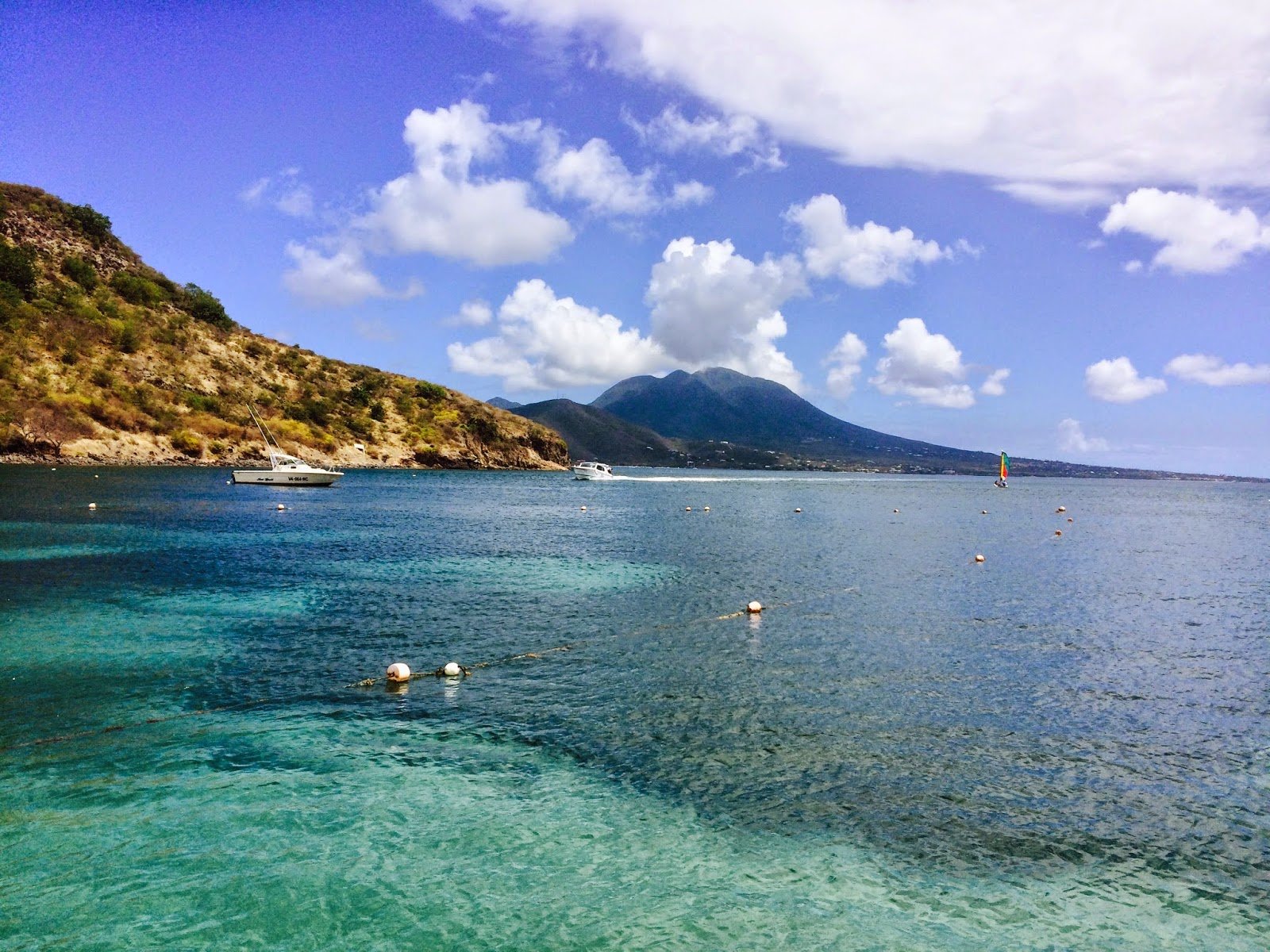 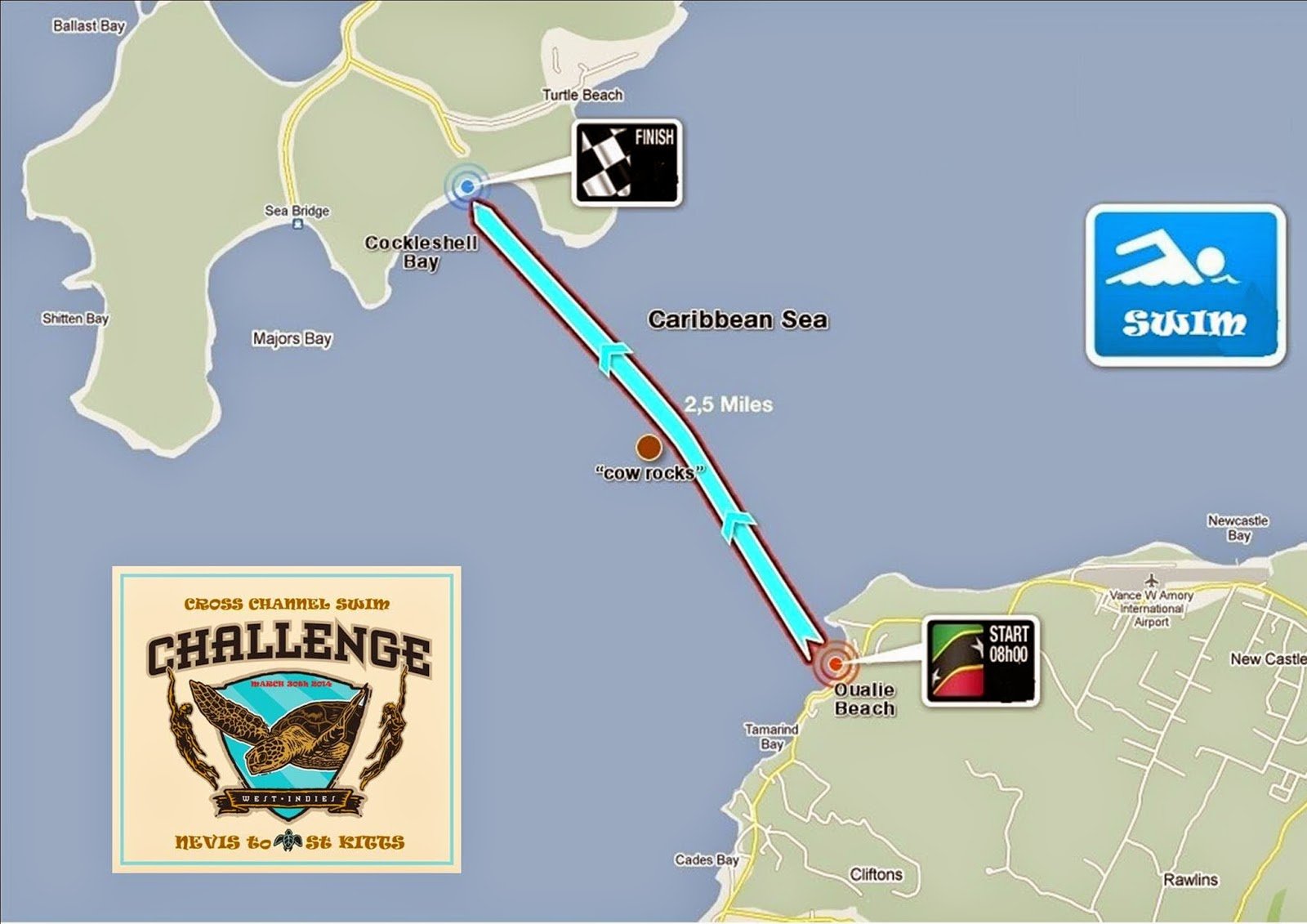