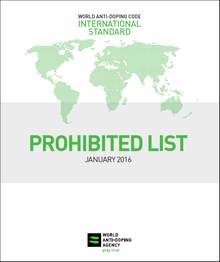 Additionally and most remarkably, many open water swimmers hit their own physiological peaks after they have children of their own – and in some cases, even when they have grandchildren.

As people age, they also tend to have more health problems – even outwardly health and active open water swimmers over the age of 50. Usually, more pharmaceutical solutions are consistent with an increasing number of health problems. That is, people usually take more and more medicines as they age.

So it makes sense that it is most likely that the average (i.e., older) open water swimmer is taking more medicines and drugs than the average water polo player, synchronized swimmer, diver or competitive pool swimmer. There is no concrete evidence or data supporting this supposition, but it is simply an assumption based on the difference in demographics between open water swimming and the other competitive aquatic sports. However, the medicines are clearly for therapeutic uses rather than for competitive advantages.

While FINA-sanctioned events require open water swimmers to be compliant with the World Anti-Doping Agency’s List of Prohibited Substances and Methods. The athletes are regularly tested both in and out of competition. In contrast, much of the rest of the open water swimming world (i.e., events, associations or governing bodies) do not have similar testing of open water swimmers. Such testing would simply be too expensive to administer. However, the major channel swimming governing bodies do have relevant rules regarding drug use.

“The use of drugs by participants in Channel Swimming, other than for therapeutic reasons in accordance with medical advice, is regarded with complete disapproval and is considered contrary to the spirit of the sport. Any swimmer unable to participate without the administration of banned drugs must submit their application to the Federation committee with ample time for its consideration. The Federation reserve the right to make random drug tests on Channel aspirants. The Observer may require a sample of any medication given.“

The Catalina Channel Swimming Federation rules include the following:

“A swimmer must not take any drugs that are on the U.S. Olympic Committee’s list of prohibited medications. This list is available from the Olympic Drug Reference Line at (800) 233-0393 (operational on business days). Information also at globaldro.com.” [Global DRO is an searchable site for World Anti-Doping Agency restrictions.]

The athletes who participate in FINA-sanctioned open water swimming events must abide by the the World Anti-Doping Agency’s List of Prohibited Substances and Methods (see here) and are regularly tested both in and out of competition by WADA monitors who visit their homes or training facilities and who are present at the actual competitions where they administer urine tests.

“WADA leads an extensive consultative process annually that results in the updated [2016] Prohibited List,” said Craig Reedie, President, WADA. “Our Expert Group considers such sources as scientific and medical research; trends; and, intelligence gathered from law enforcement and pharmaceutical companies in order to stay ahead of those that wish to cheat,” he continued. “The 2016 List had a few noteworthy changes and modifications from last year.”

Updated annually, the List is one of five International Standards that are mandatory for all signatories of the World Anti-Doping Code (Code). It designates what substances and methods are prohibited in- and out-of-competition; and, which substances are banned in particular sports. According to the Code, if a substance or method is found to meet two of three criteria (enhances performance, poses a threat to athlete health, violates the spirit of sport), then it could be considered for placement on the List.