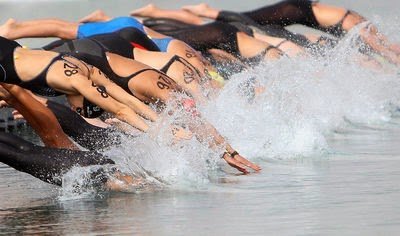 The International Olympic Committee (IOC) has approved the qualification process for the marathon swimming event at the 2016 Rio Olympic Games where the Olympic 10K Marathon Swim will be held in Copacabana Beach in Rio de Janeiro.

As in the 2008 Beijing Olympics and the 2012 London Olympics, the athlete quota is 50 consisting of 25 males and 25 females with the host nation of Brazil guaranteed at least 1 male swimmer and 1 female swimmer among the 50 athletes.

In a nod to enabling as many nations as possible to compete, there will be a maximum of 2 swimmers per nation per event. The primary qualification race will be the 10 km marathon swim at the 2015 FINA World Championships in Kazan, Russia where the top 10 finishers will automatically qualify for Rio. This is the only opportunity for any nation to qualify 2 swimmers per event.

The secondary qualification race for the remaining 9 athletes per event will be held in May 2016 at a location to be determined where there will be 5 continental spots reserved and 1 spot for the host nation of Brazil.

The details of the Olympic 10K Marathon Swim for the 2016 Rio Olympic Games are posted here.

For a plethora of history, background, results, and data on the Olympic 10K Marathon Swim, visit the following sites: