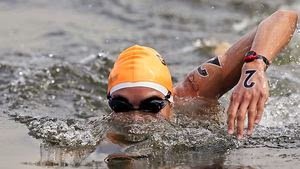 With 100 days until the first Olympic 10K Marathon Swim qualifier in Kazan, Russia, top-level marathon swimmers are really focused on their final preparations.

The qualification procedures for the 2016 Olympic 10K Marathon Swim will be the same* as it was in 2008 and 2012 where the selection process has not been without controversy.

That decision in 2012 led to FINA to decide that Guam’s Benjamin Schulte selected over Ireland’s Chris Bryan although Bryan placed higher in the Olympic qualifier.