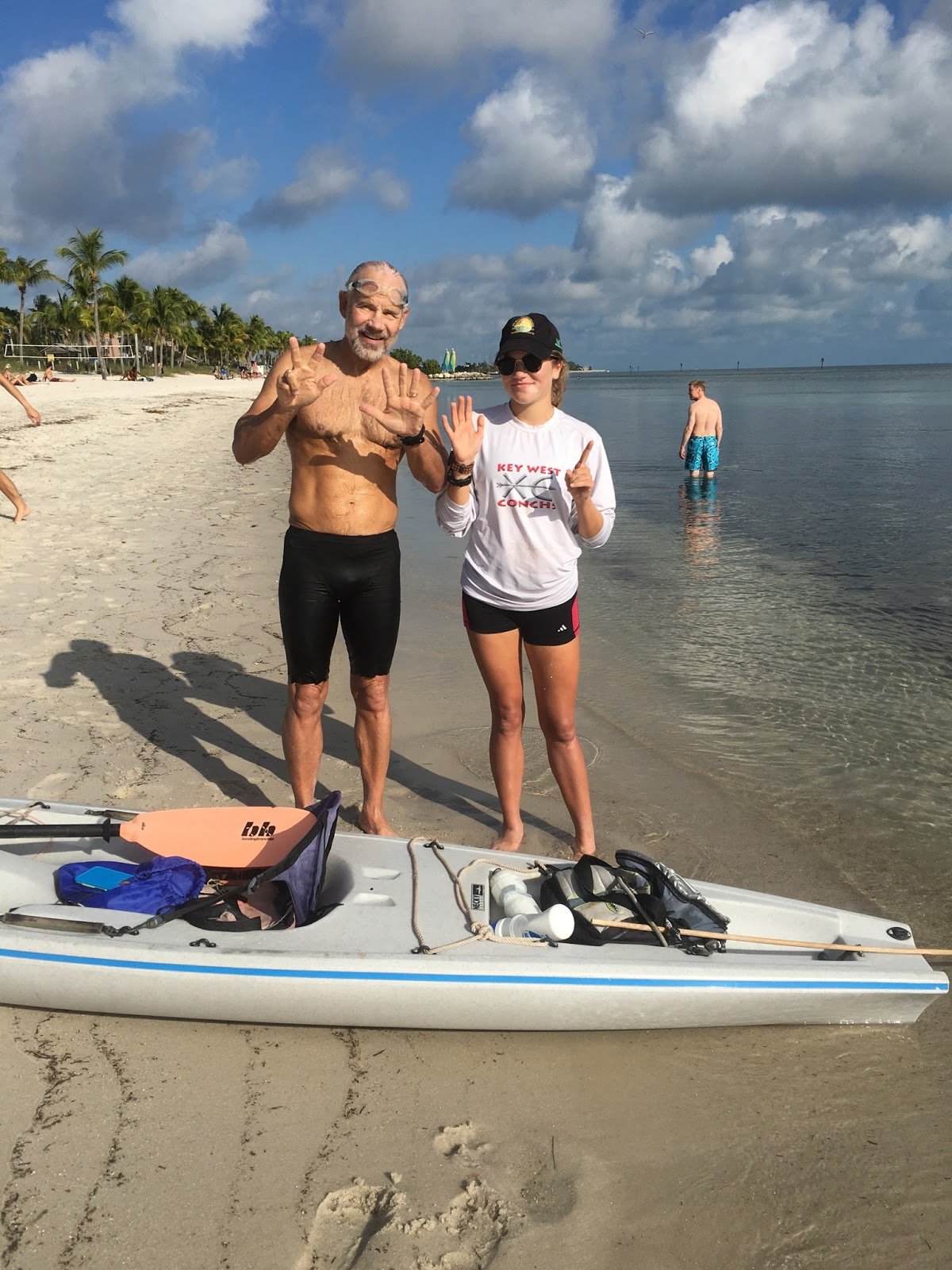 As of December 15th, Bill Welzien swam another 13 circumnaviga- tion solo swims around Key West in 2016, bringing his lifetime total to 86.

With the goal of matching Theodore Yach’s Century Swim in South Africa, both Welzien and Kathie Hewko across the Golden Gate Bridge are aiming to achieve their own Century Swims soon.