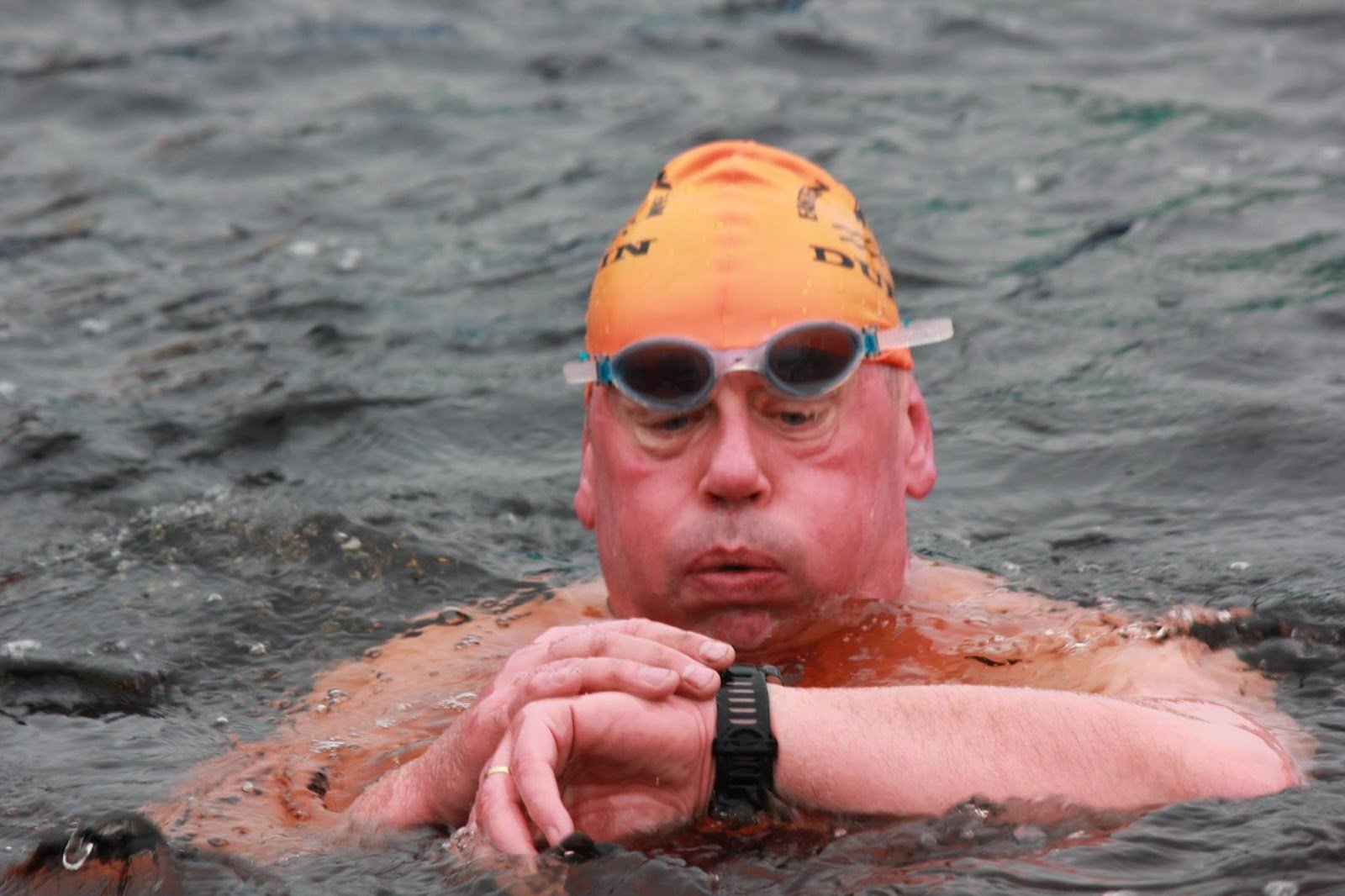 “As with previous years participation in the ice mile is by invitation only,” writes event organiser Fergal Somerville. “To qualify for a preliminary invitation, potential participants must meet International Ice Swimming Association rules and confirm regular at least weekly open water training for the ice mile event in similar conditions to those required to meet the criteria of an international ice mile swim.”

John Kenny of the Dublin City University School of Health and Human Performance, conducted and published research on Ice Miles in collaboration with SarahJane Cullen of the Waterford Institute of Technology and Giles Warrington of the University of Limerick.

“John will be back to assist with the 5th Eastern Bay Invitational International Ice Mile Swim next February,” explained Somerville. “This is our fifth year and the biggest and best ice mile swim in Europe.”

Somerville documented the research and event on his blog here.

“Each year the ice mile is the same, but the organisation of the event has developed substantially,” admits Somerville. “A number of weeks after the swim, we email participants, doctors, paramedics, spectators, and other interested parties on their views on how to improve subsequent running of the event. This exercise brings criticism and commendation; both of which are welcome. Recommendations made in the report have already been incorporated into Eastern Bay’ ice mile safety plans.”