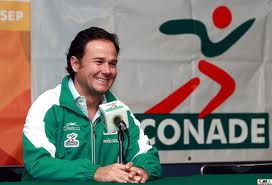 The city of Guadalajara and the Mexican Swimming Federation won the bid to host the 2017 FINA World Championships.

“All the bids must be congratulated for their hard work and professional involvement. That is a guarantee that these championships will be outstanding, held in excellent facilities and counting with the highest support of the respective national and local authorities,” explained Dr. Julio Maglione, the FINA President after the decision about the news that was well-received in Mexico.

The Minister was supported by President Todorov who takes a personal interest in open water swimming and who has hosted several major international open water swimming events off the western and eastern coasts of Mexico where the turquoise and cobalt blue waters can range from tranquil to turbulent.