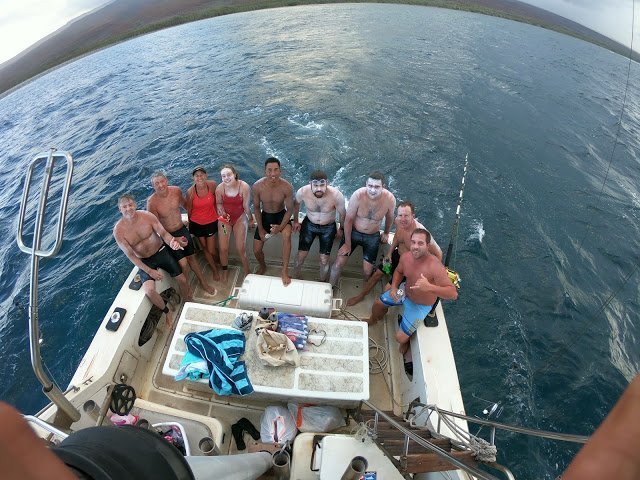 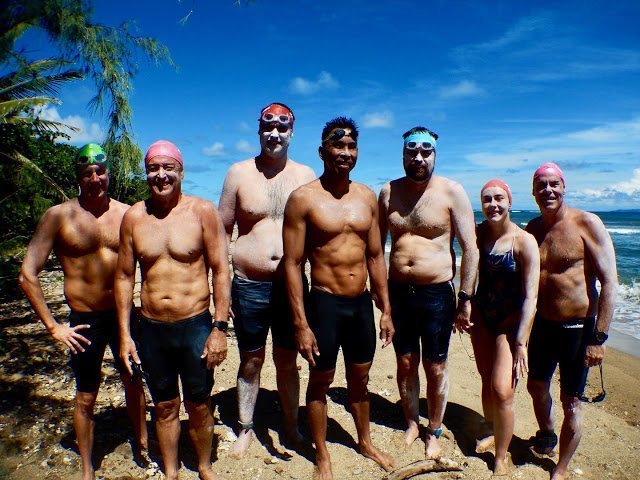 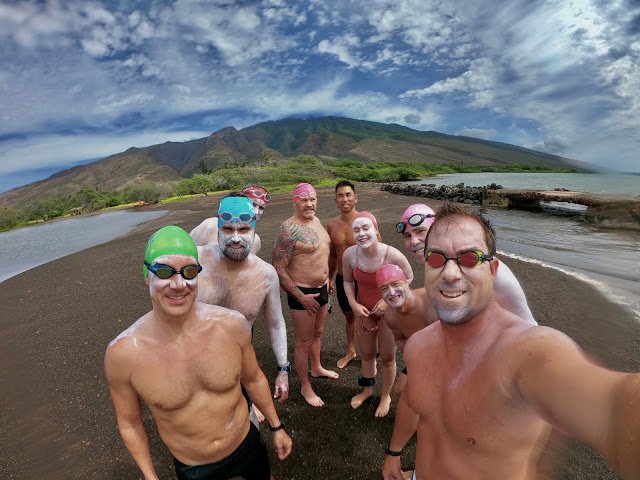 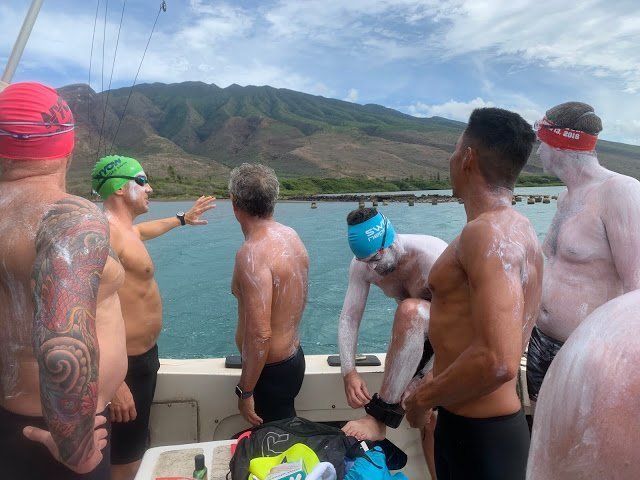 Dr. Minaglia reported on the event, “On September 15th, John Zemaitis became the fifth person to complete the Triple Crown of Stage Swims.

Day 1 across the 14.9 km Kalohi Channel between Lanai and Molokai: winds were up as well as the swells. 9 swimmers started and 8 completed the channel. The kayakers had to abandon their paddling due to strong winds and rough seas shortly before the halfway mark. Swimmers from then on fed from the escort boat.

Day 2 across the 13.5 km Pailolo Channel between Maui and Molokai: conditions were favorable and there was a current pushing north. 7 swimmers started and finished on clean sandy beaches with partial sun, cloudy skies, and gentle trade winds.

Day 3 across the 14.1 km Auau Channel between Lanai and Maui: winds were 10-15 knots and seas were mild. 8 swimmers started and 7 finished. Strong current swept the group far to the West across the channel leading to a long and difficult finish.

Special thanks to Kalei Luuwai and his sons Kawai and Mogul for guiding us and protecting us during this great endeavor. Thanks also to Liz Webb for feeding us, filming us, and watching us so closely during the 3 days. Finally, thanks to Cris and Nova Stickley and Peter Benzon for paddling hard in the high winds and swells on day 1