30 Most Influential People in Swimming + 3 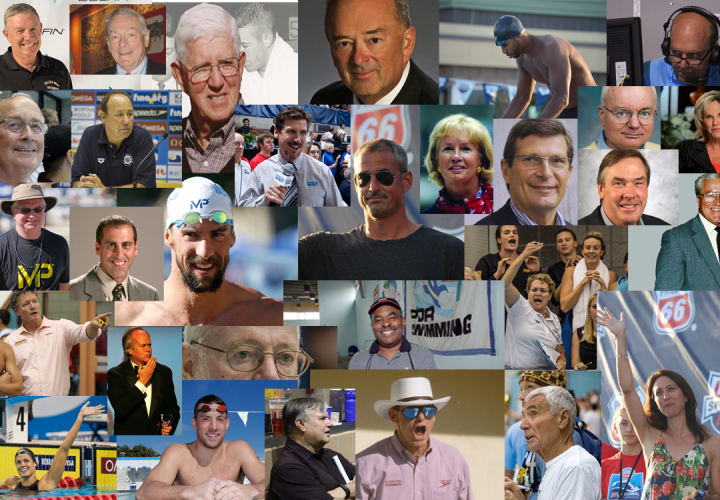 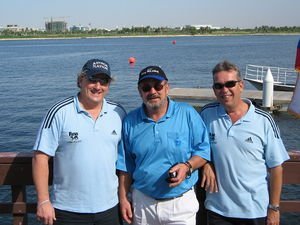 30 Most Influential People in Swimming + 3

USA Swimming and Speedo USA announced a list of the 30 Most Influential People in Swimming over the Past 30 Years in an effort to recognize those who have significantly impacted swimming into its current position as the most popular Olympic sport.

The list includes many of the most well-known and accomplished athletes, coaches, media and governing body leaders with a wide-sweeping influence in the growth of American swimming.

“These individuals are synonymous with the incredible growth we’ve enjoyed in swimming, at every stage: learning to swim, team swimming, college level and representing our country on the podium,” said Jim Sheehan, USA Swimming President. “The commitment and contributions from Speedo USA have been instrumental over the last 30 years for many of the ‘Who’s Who’ on this list and thousands of others who participate in our sport on a daily basis.”

Speedo USA President Jim Gerson. “This milestone is an opportunity to celebrate the progress of the sport over the past 30 years and the incredible individuals whose contributions have been instrumental to its growth.”

Without a doubt, these individual have enabled the sport of pool swimming to grow. Individuals like Fran Crippen and Rowdy Gaines have also been involved with open water swimming as have coaches Dave Salo and Dick Shoulberg and Swimming World Magazine publisher Brent Rutemiller.

But in our opinion, this group is missing 3 very important people who have impacted the sport of swimming even more directly and significantly at least in terms of the number of additional participants, new events, additional sponsors, media attention and online awareness.

Chris Guesdon, Sid Cassidy and Dennis Miller initially sketched out the concept of the Olympic 10K Marathon Swim on a napkin in 1997 and presented this simple plan to FINA. Eventually it was accepted as the optimal blueprint for marathon swimming in the Olympics and ultimately adapted for the 2008, 2012, 2016 and 2020 Olympic Games.

On that napkin lay the groundwork for an aquatic discipline that has grown far faster than anything in a pool, on a diving board or with a water polo ball. Because of that napkin – and the hard, thankless, daily lobbying and politicking that goes with it – tens of thousands of new open water swimming events have been created. Literally, hundreds of thousands of new aquatic competitors – and millions of new casual enthusiasts – have come about due to that napkin.

But the legacy of Guesdon, Cassidy and Miller is truly global and impactful. Without the exposure that the Olympics provided, we are certain that the growth of open water swimming would have been much slower and smaller.

However, if we compare the growth in the number of open water swimmers or open water events, both in America and globally, the percentage growth and absolute number of swimmers and events is massive – and can be directly tracked to the inclusion of marathon swimming into the Olympic Games.

And that genesis was first documented on a napkin over lunch overlooking Lac Léman in Switzerland.

A legacy and a brainstorm that forever changed the equation of aquatic sports around the world.