Courtesy of WOWSA, Maui – Molokai – Lanai, Hawaii. Becca Mann has always been precocious and adventurous. At the age of 10, Mann swam solo across the 14.1 km Maui Channel from the island of Lanai to the island of Maui in the state of Hawaii. At the age of 16, Mann published her first novel, The Stolen Dragon of Quanx, a 322-page young adult fantasy novel, the first installment of her planned Eyes Trilogy. She has long competed at the FINA World Championships and represented the United States in multiple international competitions during her teenage years, specializing in the 10 km marathon swim. In addition to being one of America’s fastest distance freestylers in the pool, one thing has been consistent: her love of the open water. The two-time national champion (2014 and 2015) and a long-time USA Swimming national team member studies at the USC School of Cinematic Arts, loves Hawaii, and dreams big. But instead of a single crossing of the Maui Channel which she did in 2008, Mann is attempting to become the first person in history to complete the famed Maui Nui Triangle Swim. Harry Huffaker pioneered the attempt at the 63.79 km swim [read about his original attempt here]. Back in 1989 at the age of 50, Dr. Huffaker attempted the unprecedented 63 km 3 Islands Swim, the first solo swim attempt between Maui, Lanai and Molokai in the state of Hawaii.  But after 31 hours and nearly 50 very tough kilometers, Dr. Huffaker faced the insurmountable currents and conditions in his last wind-blown channel and aborted the attempt. “Now 30 years later, Dr. Huffaker is mentoring Becca so she can try to complete what he started,” said Steven Munatones. “Harry has been more than generous and inspirational.  30 years ago, he used his 3 Islands Swim to raise money for kids – and now he continues to help young people like Becca to realize their dreams.  He is a remarkable individual.” While Dr. Huffaker was not successful, his charity swim was supported by Rotary Club where Dr. Huffaker was a member.  “The Rotary Club sponsored the swim on behalf of the Hawaii Rotary Youth Foundation to use for college scholarships for graduating Hawaii High School seniors. The hoped-for goal was to raise US$50,000.  But the final tally was us$225,000. Thirty years ago that was real money.”  [Note: that is US$455,866.33 in 2019 value.] 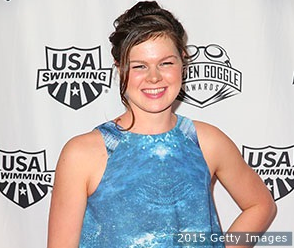 During the week of August 11th, Mann will be escorted by Captain Michael Twigg-Smith with the assistance of Steve Haumschild. The experienced pair of watermen have strategized on the optimal counter-clockwise course, in addition to optional back-up plans depending on the weather, wind and conditions:

Channel #1 (Pailolo Channel): 15.75 km from Black Rock on Maui to Pukoo Harbor on Molokai; estimated time of 5.5 hours heading north northwest swimming in the rear side on to the trade winds

Mann knows the state of Hawaii very well, “Hawaii is my favorite place on the planet. I spent a lot of time there growing up and remember taking the ferry from Maui to Lanai and thinking about the names in the display who had swum the ferry ride.” Her goal is to complete the swim in between 15 and 20 hours. The full route can be viewed below: Mann set up a GoFundMe page here. Munatones confirmed, “She will follow the traditional marathon and channel swimming rules including these fundamental rules governing multiple crossings in the Maui Nui channels.”
1. Swimmer can start and finish at any point of the three islands.
2. Swimmer must completely clear the water after swimming across each of the three channels between the three islands.
3. Swimmer may spend up to 10 minutes on the islands to rest, hydrate, feed, apply additional sunscreen, communicate with their escort team, or change swimming attire or gear.
4. When swimmer finishes on island #1 after swimming across channel #1 and when swimmer finishes on island #2 after swimming across channel #2, swimmer must re-enter the water at the same location where the swimmer exited the water.
5. Swimmer can finish anywhere on the island #3 after swimming across channel #3.  The finish on island #3 does not have to be the same exact point as the start on that same island.
6. Swimmer can be escorted by pace swimmers, paddlers, kayakers and escort boats, but no drafting is allowed.
7. Swimmer can stop at any time to rehydrate, feed, rest, stretch or communicate with escort crew during the three channel crossings.  But swimmer cannot touch any flotation device, boat, kayak or paddle board or be propelled or pulled by other individuals or boats during the entire swim.
8. Swimmer can use any stroke or form of propulsion to swim across the channels including freestyle, backstroke, breaststroke, butterfly, and sidestroke.
9. Swimmer can use sunscreen, jellyfish protection, Shark Shield devices (or similar safety equipment), earplugs, a swim cap, and a swimsuit during the swim, but no fins, hand paddles, wetsuits, neoprene suits, stinger suits, or buoyant materials, devices or swim gear may be used.
10. In case of an emergency situation due to weather, conditions, injury or marine life encounters, the well being of the swimmer and escort crew is of paramount importance.
For more information, visit Mann’s GoFundMe page here or @BeccaMannSwims.

You Know It’s Cold When Your Hair Freezes