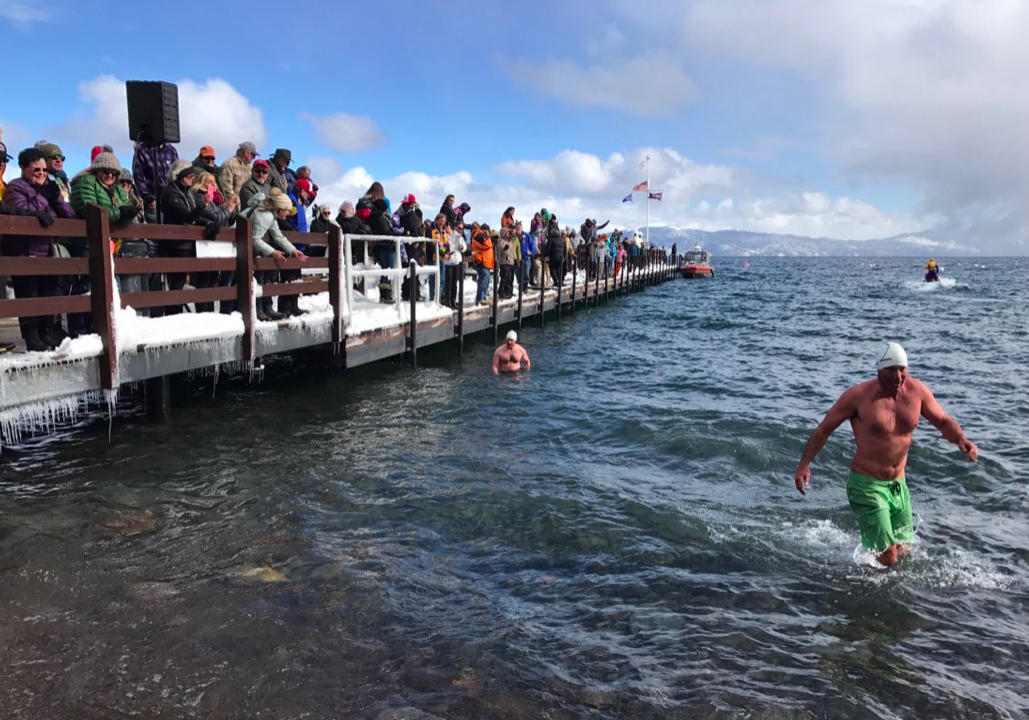 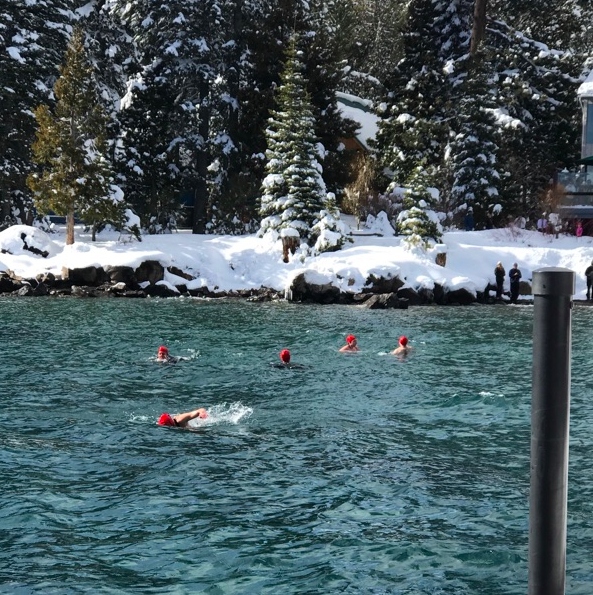 A high-altitude swimming tradition in the cold continued on its third decade.

“It was a COLD one this year,” reported Kimberly Moore. “We received FEET of snow each day for about three days leading up to the Polar Bear Swim. In fact, I think many people did not show this year due to road conditions getting to Lake Tahoe. Due to the weather, we had a low turnout of participants, but we still had a lot of fun and plenty of people to watch.