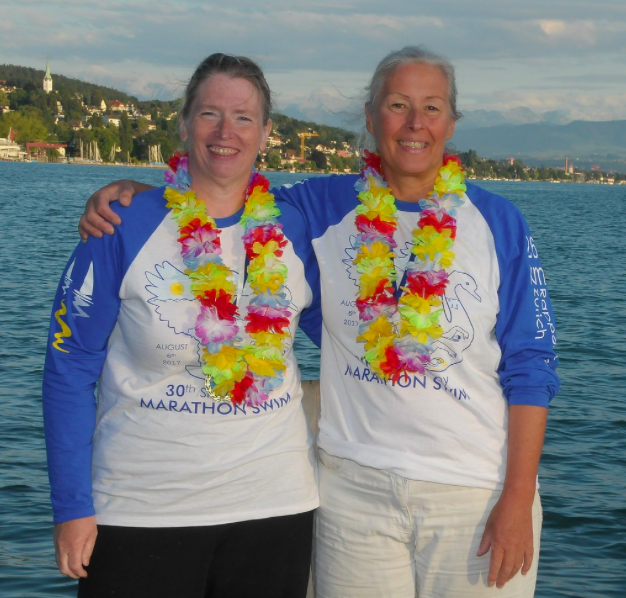 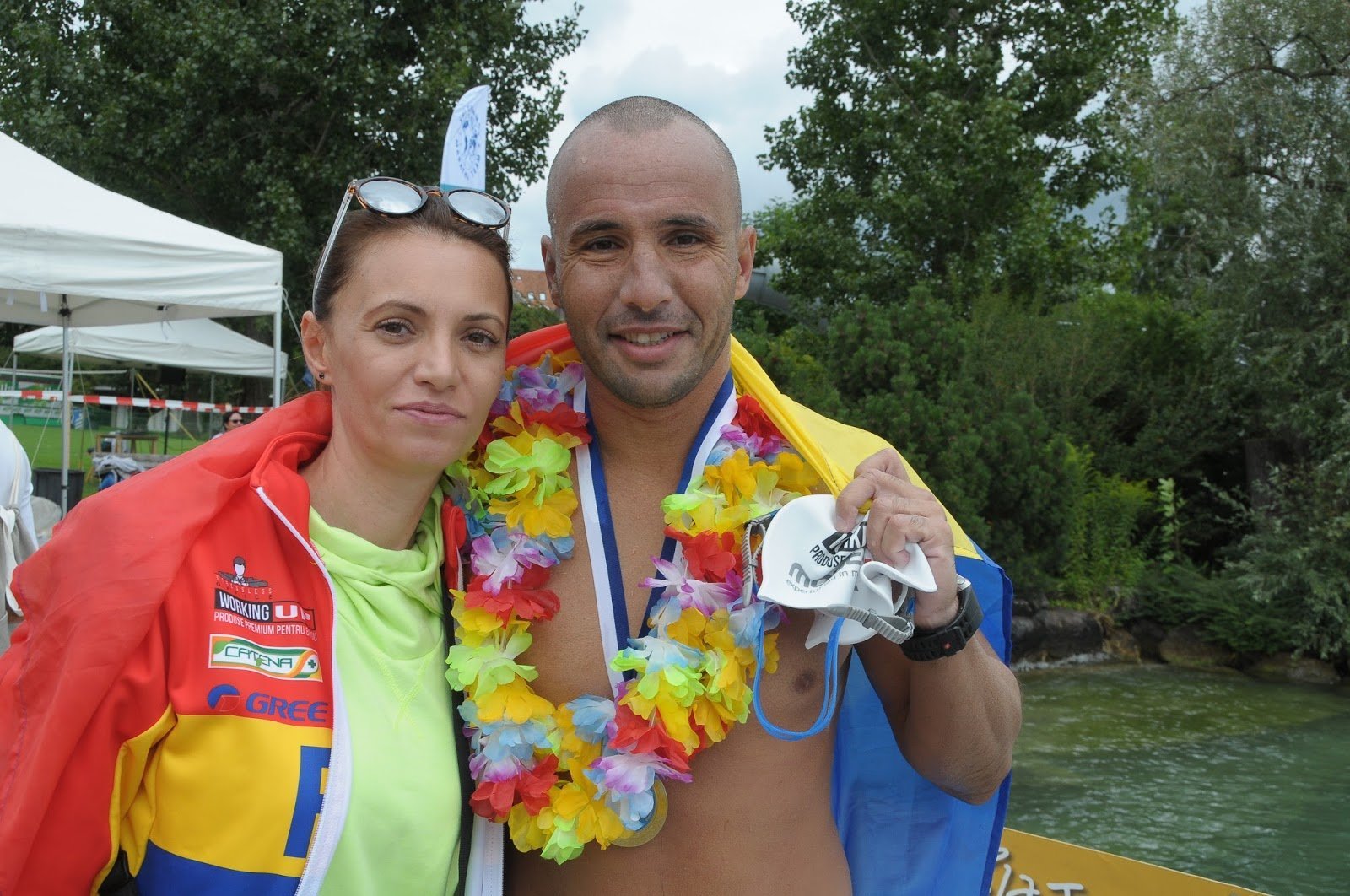 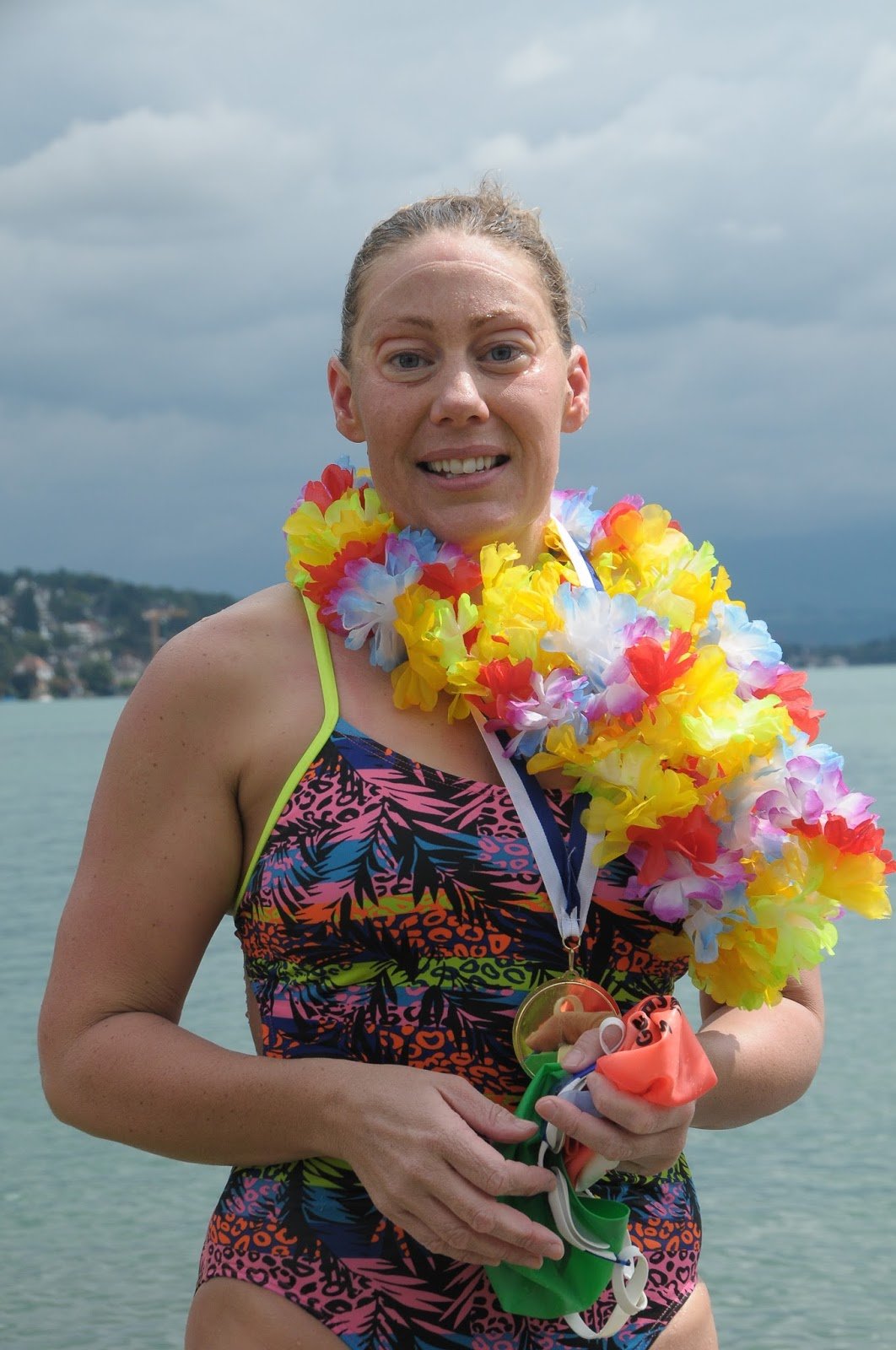 91 swimmers from 17 countries challenged themselves to the 26.4 km course, either as a soloist or relay team member.


Vasanti Niemz reports, “A family from Denmgad, a village in Hampshire, England, trained at the Havant + Waterlodville Swimming Club, wrote swimming history this weekend, when it crossed the finish line as the winning team in the non-wetsuit category in 7 hours 24 minutes. Father John inspired his 15-year-old son Ben and his 19-year-old son Jack to compete with him.

The fastest solo swimmers among the 39 competitors were Rumanian Paul Eugen Dorin Georgescu [shown above] who won in 7 hours 11 minutes and Jenny Zwijnen [shown on left], a British mother of twins from Crewe, Great Britain, with a time of 7 hours 44 minutes.

The oldest participant in the race was the 78-year-old American Ralph Brott who finished in a duo team in 10 hours 8 minutes.

Since 2002 the main organizers are Pradeepta Bürgisser and Vallabha René Kaul.

Only one time in 30 years has the swimming distance been shortened due to conditions (strong winds at the start), but right from the start at 7 am from the lido in Rapperswil, the atmosphere on the lake was extremely peaceful with calm waters most of the way, except for the choppier last 3 km and much less boat traffic than usual, probably due to the bad weather forecast and overcast skies with some rain later on.

The water temperature was a nice 22°C even where the ferries at the halfway point in Meilen churned up the water, only going down a little in the second half. But then the air warmed up from 18°C in the morning to 23°C around noon, and the currents after a few days of rainfall seemed to help the swimmers, plus some southerly winds towards the end. Even cloudy skies most of the way prevented sunburns.”

Of the 39 solo starters including all bioprene and neoprene swimmers, 36 finished successfully including Emma France [shown above with Vasanti Niemz] and Sakura Adams [shown below] who brought her newly born baby with her and her husband Nick Adams, competing only a few months after giving birth.

“A special guest was ultra marathon runner-turned-Ironman triathlete-turned-marathon swimmer Stutisheel Lebedev from the Sri Chinmoy Marathon Team in the wetsuit category, becoming the first Ukranian to finish in 9 hours 53 minutes.”

Niemz continued on, explaining how the 26.4 lake swim came into being. “Back in 1986, after the first two successful English Channel swims by members of the Sri Chinmoy Marathon Team in 1985, a number of teammates failed at the English Channel among them Praphulla Nocker.

Deeply disappointed, she went back to Zürich and decided to swim the length of Lake Zürich instead. Arriving at the other end she was still not exhausted, so she decided to turn back. The idea to organise this swim for the public, followed inspired by Sri Chinmoy and supported by her Swiss teammates, the new Rapperswil-Zurich Lake Marathon swim was founded in 1987 – after the Swiss company Bio-Strath had organized a marathon race with 9 swimmers back in 1969 for the first time.

Participation is limited by the number of boats available on Lake Zürich. Swimmers bringing their own kayak and helpers are always welcome.” 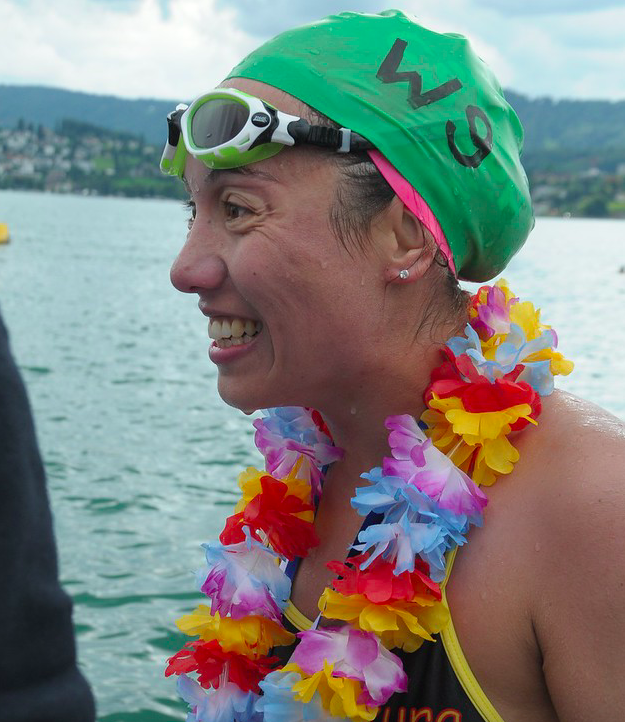