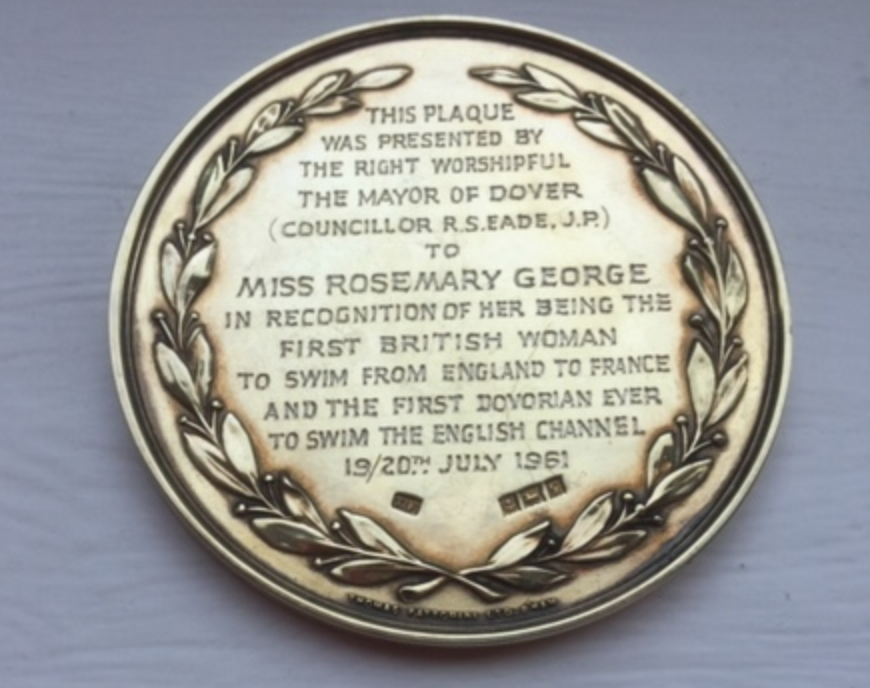 George offhandedly mentioned an award that she received as a swimmer. In 1967, she swam from France to England in 17 hours 50 minutes to become the third woman to swim the English Channel in both directions. Her award is shown above and reads:

This plaque was presented by the right worshipful The Mayor of Dover (Councillor R.S. Eade, J.P.) to Miss Rosemary George in recognition of her being the first British woman to swim from England to France and the first Dovorian ever to swim the English Channel 19th/29th July 1961. 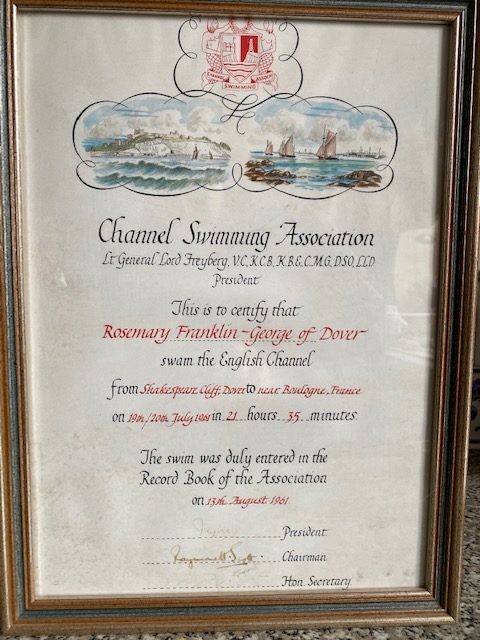 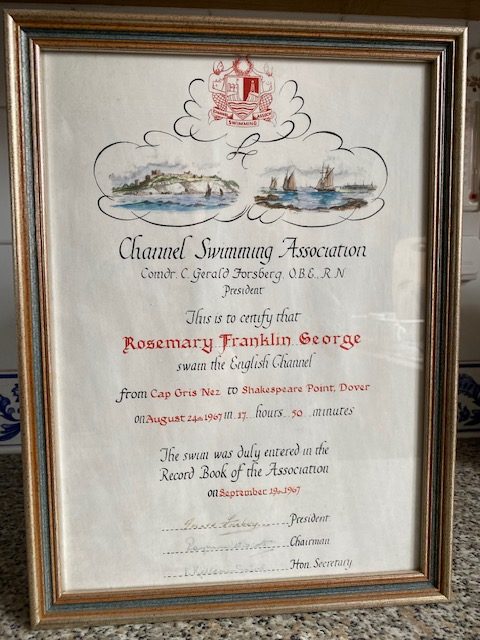 Her plaque offers a unique award that is among other unusually creative and beautiful awards: