40-somethings In Ice In Memphremagog 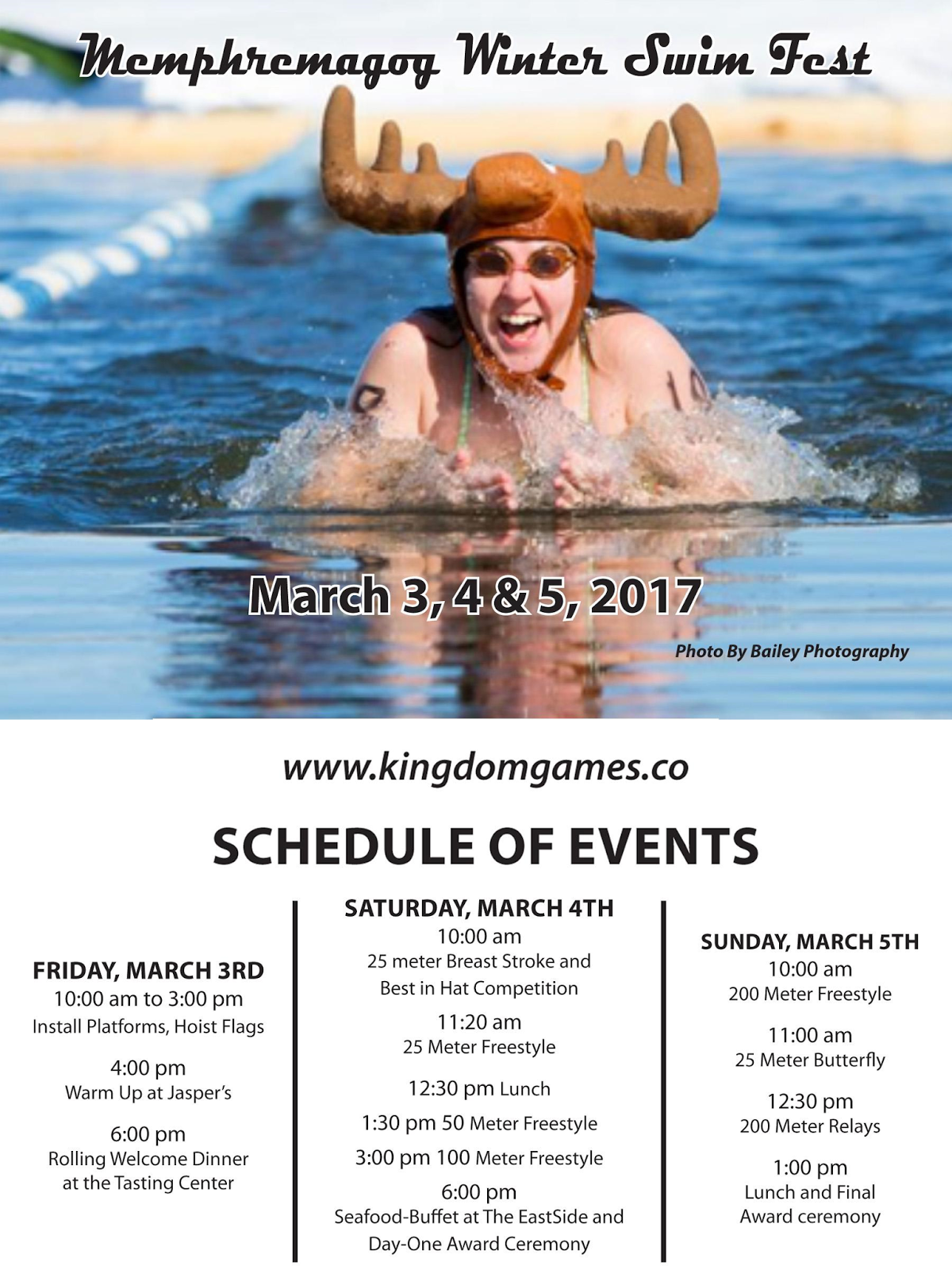 The average age of the participant in the 2017 Memphremagog Winter Swim Festival in Newport, Vermont is 47.3 years.

They will be swimming 25m, 50m, 100m, and 200m events in a 25-meter, two-lane pool cut in the ice by the EastSide Restaurant on Lake Memphremagog. The event is hosted by Kingdom Games and The Eastside Restaurant and is underwritten by Eden Ice Cider, the NEK Tasting Center, and the Ciderhouse Bar & Grill.