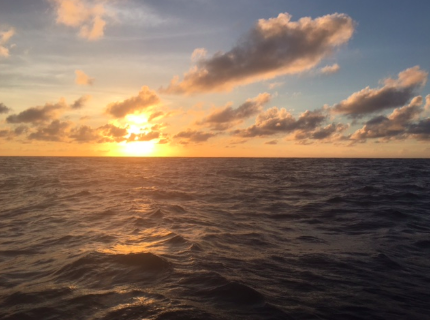 Over the last 44 days, Lecomte the crew on the Seeker has encountered storms, squalls, massive cargo ships, sharks, whales, dolphins and turtles while Lecomte has swam through countless amounts of plastic garbage.

For additional videos and reports from The Swim, a 8,721 km transoceanic stage swim across the Pacific Ocean from Japan to California, visit here.