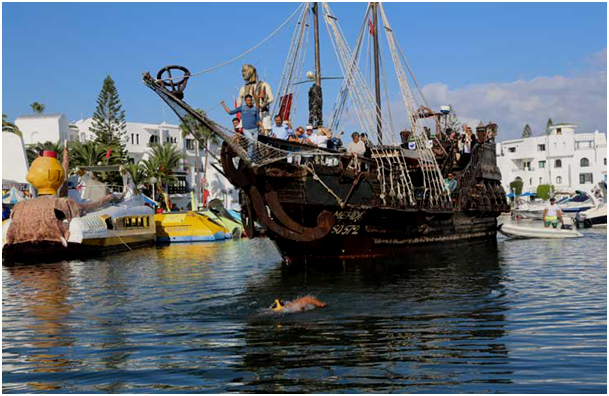 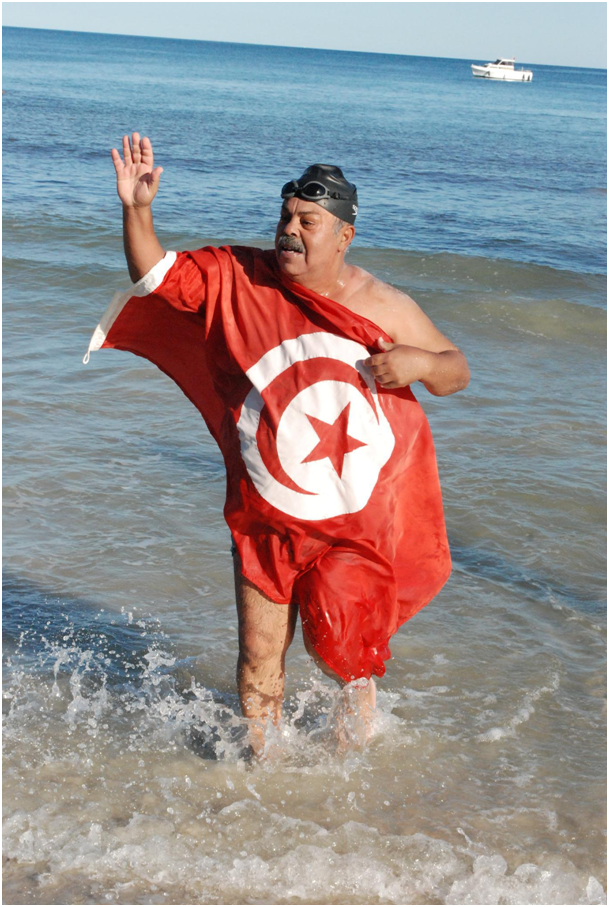 “After my swim, I will deposit a bouquet of flowers at the place where the innocent tourists were taken by terrorism at Port El Kantaoui-Sousse a few months ago,” says Belhedi. “It’s a significant act to remember the innocent victims and to address a New Year’s wish that peace and friendship will prevail across the world.”

With a simple rope attached around his waist, Belhedi will attempt to pull a 50t ship named Mohamed Ali from a dead stop. His previous best was pulling a 22-ton ship for 200 meters over 11 minutes in the same port in his World Iron Swim Series.