555 km Black Sea Victory Relay Lives Up To Its Name

555 km Black Sea Victory Relay Lives Up To Its Name 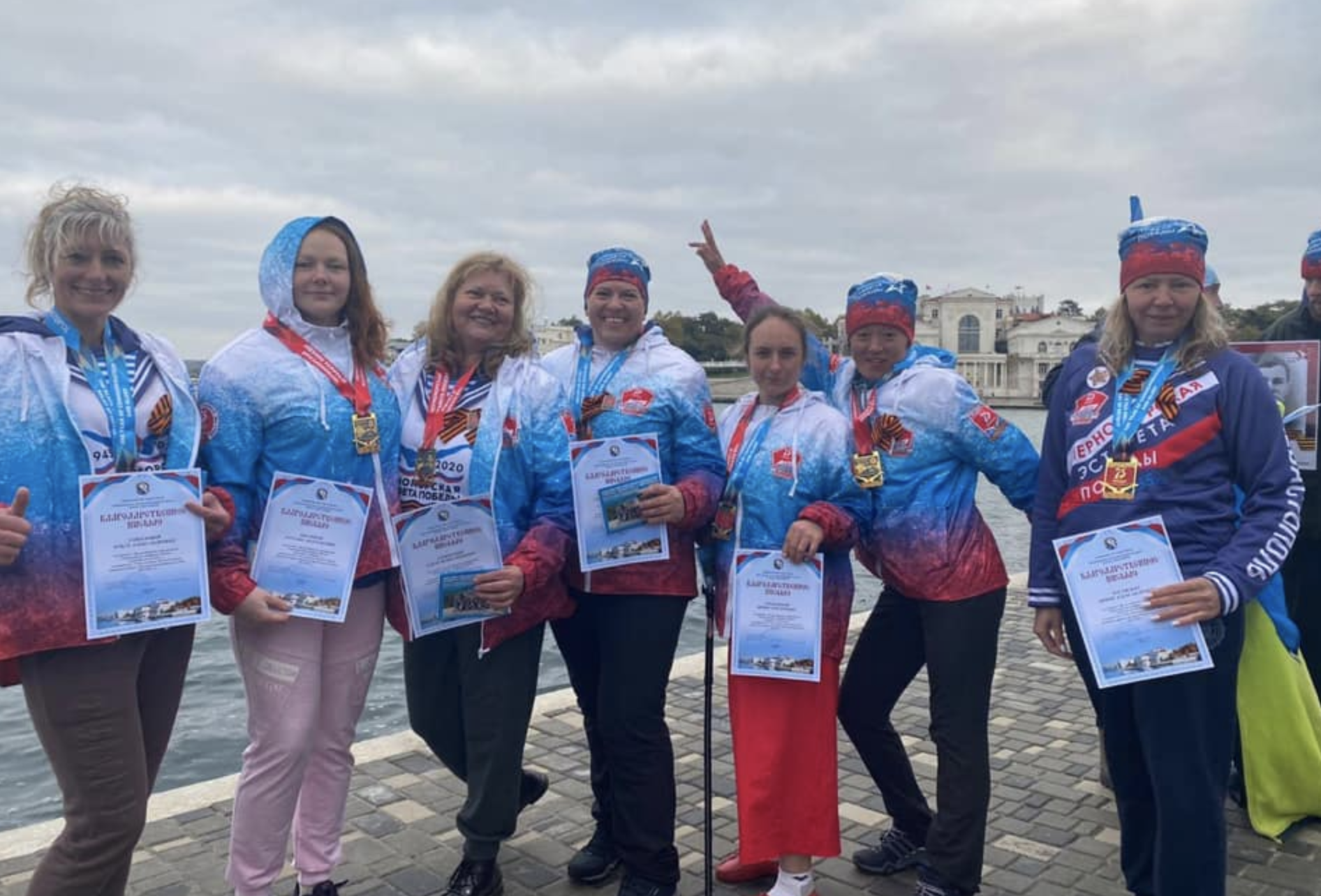 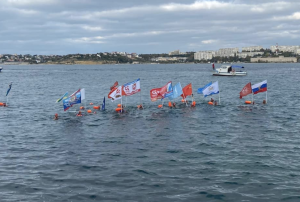 Akimov Vitaly, Alexandr Brylin, were part of an international team of over 50 swimmers that finished a three-stage 555 km relay that started in Novorossiysk on October 21st and finished on November 7th in the city of Sevastopol in the Black Sea in the sourthern part of Russia.

The event was organized by the Interregional Association of Cold Swimming (Russia) and the International Ice Swimming Association.

Vitaly explained, “Initially, about 150 athletes from 15 countries planned to take part in the event. The core of the team was to be composed of experienced swimmers from different regions of Russia, as well as cold water swimmers from the USA, Great Britain, Germany, China, South Africa, Czech Republic, Slovakia, Ukraine, Belarus, and Kazakhstan. The original start date was scheduled for April 19th with the finish expected to be reached on May 8th.

But the situation was radically changed by the coronavirus. The number of participants decreased significantly, primarily from outside Russia. In total, more than 50 participants from different regions of Russia, Belarus and Kazakhstan with experience in the open water took part in the Black Sea Victory Relay that was dedicated to the 75th anniversary of Victory in the Great Patriotic War.

The swim took place in three stages as the weather conditions were difficult. At its most difficult, the conditions included icy, piercing winds, one-meter waves that caused the escort boats to rock

Brylin, the main organizer of the event, recalled, “The weather was different – it varied from calm to stormy. But we overcame all difficulties and successfully completed this difficult and unique swim.

The swimmers were accompanied along the entire route by two escort boats, boats of the Ministry of Emergency Situations. The water temperature was between 15-19°C with the air temperature between 11-16°C. But the conditions did not hamper the participants and everything went on schedule. Swimmers who live in the Far North of Russia, such as in Murmansk, who are accustomed to training at a water temperature of 2°C, did not experience much discomfort. The ice swimmers were ready to cover a distance of 3 to 5 kilometers on each leg, but each swimmer was given a leg of 20 minutes during which they swam up to 1.5 km each
.”

Swimmers like Olga Sokolova, who also participated in the unprecedented, 6-day 86 km Bering Strait Swim from Russia to Alaska, swam a cumulative total of 31,350 meters over 11 hours 25 minutes. She said, “In Azov, the water temperature fell to 15°C. On this day, I did three 1 km swims and one swim of 2 km. Between the swims, we were in an open boat from morning to evening. Among the three escort boats, only our boat was fully open. The wind blew all day, and everything was wet. When we got to Cape Opuk, all the boats here in the bay were anchoring, waiting for the ship to come, taking us to the night. We are frozen and asked to go aboard to a closed large boat. But we were rejected because there were maximum number of people on board. Then we decided to get to the shore to at least hide from the wind. When we were on the shore, the shore was abandoned, but it was very beautiful.