6 Degrees Of Separation In The English Channel 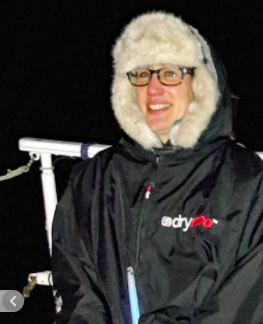 Who would have thought that a crossing of the English Channel would even have been contemplated or attempted when the air temperature is 6°C and the water temperature is 11°C?

But today in the beginning of December on a typically cold day, Deirdre Ward, Boris Mavra, Kevin Blick, Mark Johanssen, Dani Lobo and Rob Ouidcott of Cold Turkey set off from the English coast with Cap Gris Nez in France as their goal.

The progress of the six Serpentine Swim Club members, escorted by Sea Satin.

Their final time was reported as 13 hours 18 minutes.