61 Years Of Crossing The Sea of Galilee 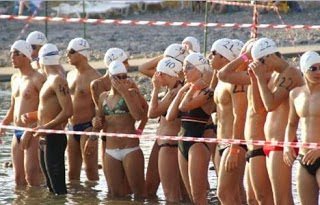 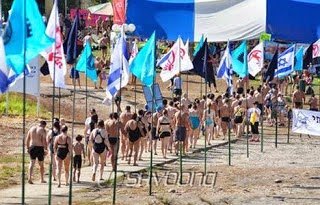 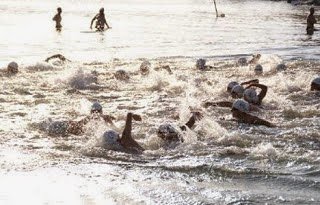 Ilan Ben Dror is one of the organizers of one of the biggest open water swimming events in the world: over 10,000 people participate in the annual Sea of Galilee Swim.

Why is the event so large? “Because Israel is very small country with one lake and one big open water swimming event a year that has been going on for the last 61 years. It is a tradition and we have benefitted from the great marketing efforts of Speedo Israel.”

Kibbutz Ha’on is located on the southeastern shore of the Sea of Galilee, surrounded by palm trees and mountains. The resort is 20 minutes drive from Tiberias, the main town along the lakeshore and just under an hour by car from Nazareth.

The 61st Sea of Galilee Swim is a tradition in a truly unique sense. While marathon runs, participatory walks or road-running events are often the largest mass athletic competitions in many countries, Israel stands alone in the world’s community.

Sea of Galilee Swim is the largest amateur sports event in Israel, always held in September. In addition to the amateur heats, there are competitive heats for faster swimmers.