6.3 Million Reasons To Swim Across America

At the end of 2015, Janet McArdle hands over the leadership of Swim Across America to Rob Butcher in a mighty big way, by helping to raise an another US$6,300,000 during 2016 that was donated by thousands of swimmers to various research institutes and programs for cancer prevention and treatment.

The 2016 Swim Across America open water swimming schedule is as follows: 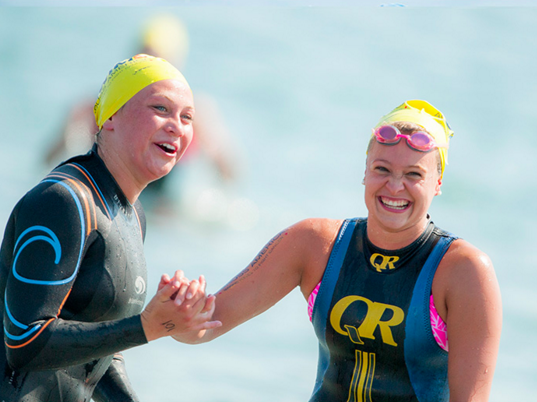 Swim Across America is nominated for the 2015 World Open Water Swimming Offering of the Year:

Swim Across America continues to power on, making waves in the charity swim community since 1987. The volunteer-supported organization, led by Janel Jorgensen McArdle and engineered by a passionate army of donors, forges on as it continues to improve and expand its events and domestic and international offerings. The non-profit group engaged with 53,437 donors and hosted dozens of events for 7,191 participants that generated US$6.27 million in donations in 2015. These funds support dozens of cancer research institutions and programs from coast to coast. For its continuous growth ever so selflessly and innovatively, for donating millions of dollars for cancer research, prevention and treatment, and for instigating a powerful response from the swimming community to fight cancer in a respectful and joyful manner, Swim Across America is a worthy nominee for the World Open Water Swimming Offering of the Year.

To vote for the World Open Water Swimming Offering of the Year, visit here. Voting continues until December 31st 2015.