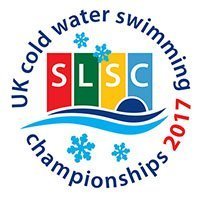 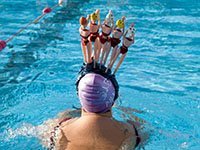 Hosted by the South London Swimming Club, the 7th Championships welcomes all sorts of bioprene enthusiasts.

With neoprene a no-no, over 600 swimmers are planning to take the plunge and compete in a variety of races including the individual freestyle dash, the Ice Fly, group relay races, and traditional head-up breaststroke races. There will also be mass jump-in in support of Crisis, a British charity to end homelessness.

The water is expected to be somewhere between 0-4°C in the largest unheated freshwater pool in the United Kingdom. But competitors will enjoy post-swim hot tubs, a Finnish sauna, and hot toddys from the Budgie Smuggler’s Arms while spectators, families and friends will explore a host of food stalls and exhibitor stands, and people-watching at all kinds of poolside aquatic attractions.

Admittedly, it is a thoroughly enjoyable, exhilarating, and slightly mad-capped event that always generates media coverage.

The UK Cold Water Swimming Championships 2017 will support Crisis, the national charity for homeless people. Crisis are dedicated to ending homelessness by delivering life-changing services and campaigning for change. Crisis offers year-round services to help people take their first steps out of homelessness.

The South London Swimming Club is a Community Amateur Sports Club that works to preserve Tooting Bec Lido to ensure that the pool remains a viable and valued resource within, and for, the community. The club encourages more people to take up outdoor and cold water swimming. The event has enabled the SLSC to put funds into the building of a new pavilion at Tooting Bec Lido, due for completion in Spring 2017.