70 Hours To Benefit The Wounded Warriors 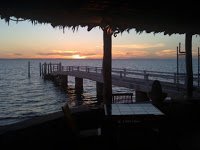 On May 24th, six swimmers will cross the Sea of Cortez in Mexico in an attempt to break the world record for the longest continuous relay swim under English Channel rules (6 swimmers in same rotation without substitutes and wetsuits).

An attempt was made last year, but the effort was stopped due to severe weather conditions.

This year, the swim will benefit Wounded Warrior Project, a non-profit organization whose mission is to honor and empower wounded warriors.

The first swimmer will take off from the the GranSueno Resort on the Baja California peninsula with the last swimmer expected to arrive at Mexican mainland Mexico 70 hours later.

Follow them live with their real-time GPS tracking and streaming video will be available here.

Vito Bialla, a Vietnam veteran and CEO of Bialla & Associates, says, “By completing this swim and raising money for Wounded Warrior Project, we can make a huge difference for our injured heroes when they return home. It’s an absolute privilege to help our returning wounded warriors.”

In support of this grand effort, the luxury GranSueno Resort is offering the opportunity to make a fully tax deductible donation of US$10,000 that will go to the Wounded Warrior Project. The donation will enable benefactors to spend a week in one of the resort’s nine private villas with unlimited food and beverages, transportation, golf, tennis, kayaks, snorkeling, equestrian facilities and a spa treatment included.