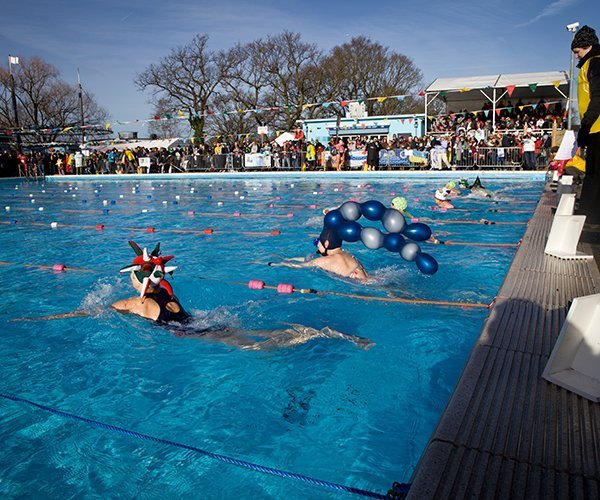 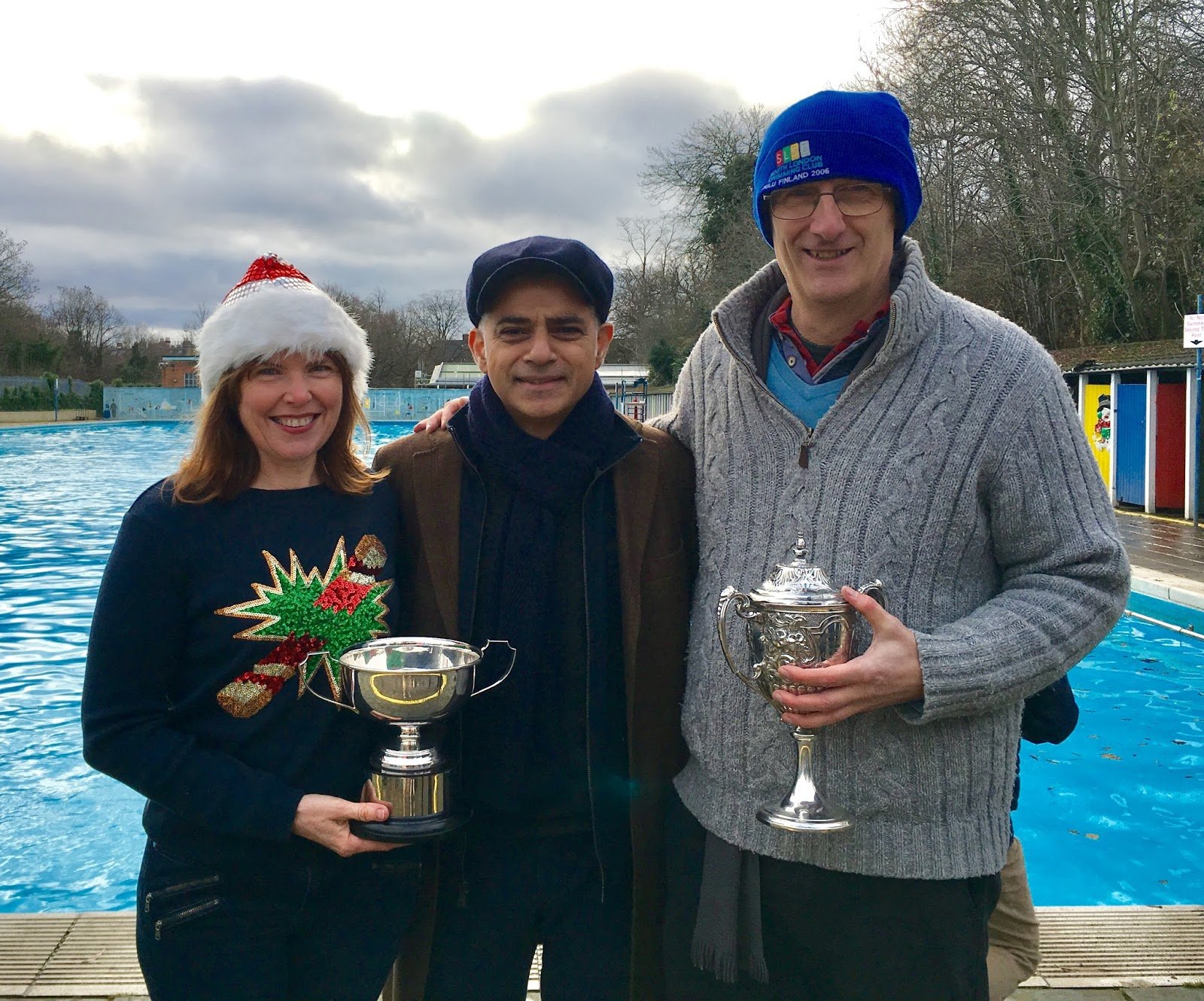 The water temperature is expected to be 1ºC, but no wetsuits are permitted.

“Just get on with it,” as swimmers of host South London Swimming Club say.

680 swimmers and 70 dippers will take the plunge to compete in 117 separate races including the 30-yards traditional head-up breaststroke, 30m Ice fly, 90m freestyle dash and a Big Splash group jump-in which has attracted 70 hardy dippers. To help competitors recover, there is a sauna, hot tubs, mulled wine, cider, food stalls and entertainment throughout the day.

The UK Cold Water Swimming Championships is organized by the South London Swimming Club and attracts both experienced cold water swimmers and newcomers. The Championships support Crisis, the charity to end homelessness. The Big Splash will be the focus of fundraising and the perfect introduction for newcomers to the sport.

There is a highly-prized hat competition for the ‘head up’ breastroker with the most outlandish and imaginative swimming cap in Tooting Bec Lido, the largest open-air, unheated fresh-water pool in the UK that hosts the event every two years.

For more information and photos, visit here and South London Swimming Club and on Twitter and Facebook.