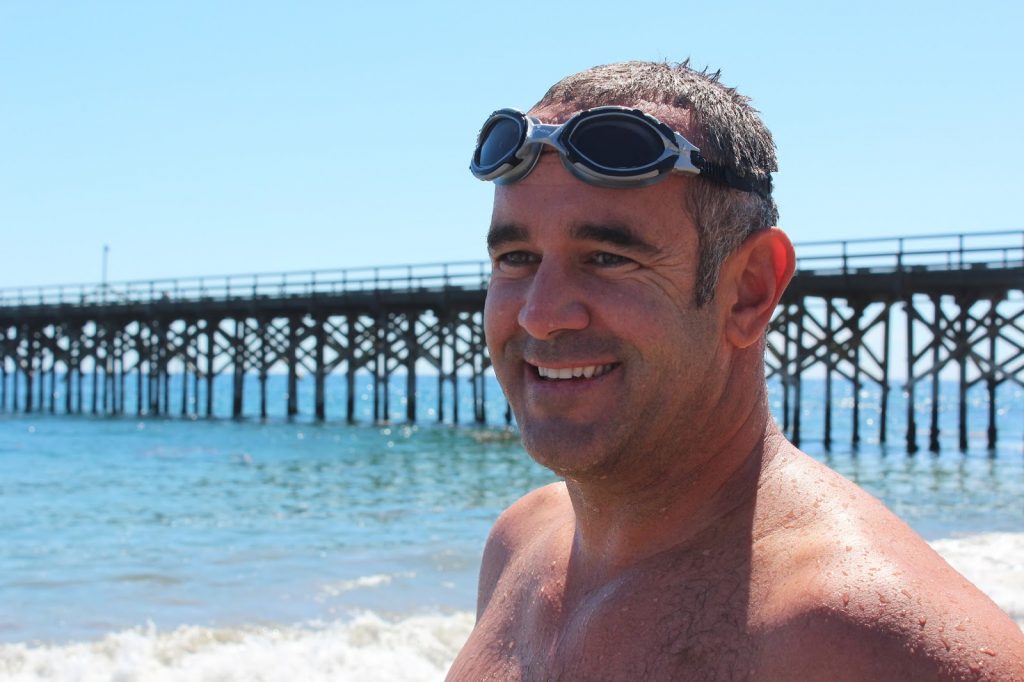 Blair Cannon is taking the 8 and 2 slot on the Night Train Swimmers’ 228-mile attempt to swim along the California coast. His 8-and-2 slot means that he will swim at 8 am, 8 pm, 2 am, and 2 pm every day for at least 5 days along the coast. “The winds picked up over the past few days and the water temperature might drop,” said one of the local surfers. “But the water is a beautifully warm 67ºF (19ºC) and clear as can be,” retorted Captain Vito Bialla before starting the engine on the Sequel that will take the swimmers and crew along the California coast.

Whatever the water temperature will be, Cannon will remain comfortable. The La Jolla Cove regular has been training several times a day in preparation for this 4-times-a-day duty on the Nighttrain228 attempt. “I have been focusing on continuous swimming in the pool and at La Jolla Cove over the last 6 weeks. I am pretty comfortable in the cold water, but my primary concern is jellyfish. If something comes up, we’ll deal with it then.”

Cannon is a stereotypically stoic, self-confident, and well-prepared member of the Night Train Swimmers. None of the relay swimmers are boastful; they are humble and realistic in knowing what is physically and psychologically necessary to complete a swim. None of them are self-absorbed; but rather team players ready to help swim, cook, cheer, observe, and do whatever is necessary for the good of the group. Cannon, a Southern California native, whose greatest traits are perseverance and commitment to the cause, blends perfectly well with his Nighttrain228 mates.

From the initial shock of strong winds that kicked up the seas in an angry turbulence to the remaining 5 days of swimming along the California coast, Cannon is ready. “I use my smoked goggles for the day shifts and clear goggles for the night. I smear on a bit of Vaseline – it is easy and does the trick. We got our protocol. We hydrate and try to keep [feeding] simple with jerky and protein between our swims.”

But he knows how tough the swim is. “I have done 4 [Hawaii] Ironmans, the Manhattan Island Marathon Swim, a Catalina Channel crossing, an 11-day tour of the John Muir Trail, but this 228-mile marathon swimming relay will be the most challenging thing that I have yet done.”

For a report and video from onboard the escort boat Sequel, visit here.