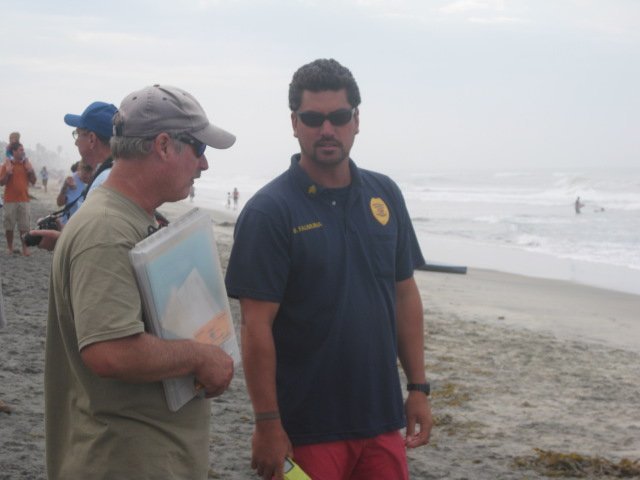 Despite overnight thunderstorms and high surf, hundreds of swimmers braved the elements and gathered to test their mettle against Mother Nature at the 82nd annual Labor Day Pier Swim and Paddle in Oceanside, California.

Oceanside Swim Club’s coach and event organizer, Paul Ring (right), was looking to draw more competitors to the event. With the remnants of the winter storm that generated the huge surf along the Southern California coast this week, Paul was still able to appeal to the sense of challenge to those with an adventurous mindset and an ability to swim in cooler waters.

“We added an elite division for all the really fast swimmers and put a $500 cash prize for first-place male and female winner. That helped to attract a ton of people.”

The competitors gathered and mustered their way through the cooler-than-expected waters, mild rain showers, and high surf. Ring’s event attracted some of the world’s fastest female open water athletes including this year’s 2011 FINA Women’s 5K bronze medalist Ashley Twitchell and her Mission Viejo Nadadore training partner, Chrisitine Jennings. Christine got the better of her national teammate today. “The conditions were more extreme than I expected heading into the race, but I knew what my limitations were and that I could handle it. Thankfully, the waves were not over 10 feet! I did get destroyed on one barrel wave coming into the finish, spun around several times and did not know where the surface was, luckily I did not panic and waited til I floated to the surface. I lost my top cap and goggles on that one! The cold water was perfect for me, I do better the colder the water! The win felt great and swimming well in cold water gave me more confidence heading into Tiburon.” 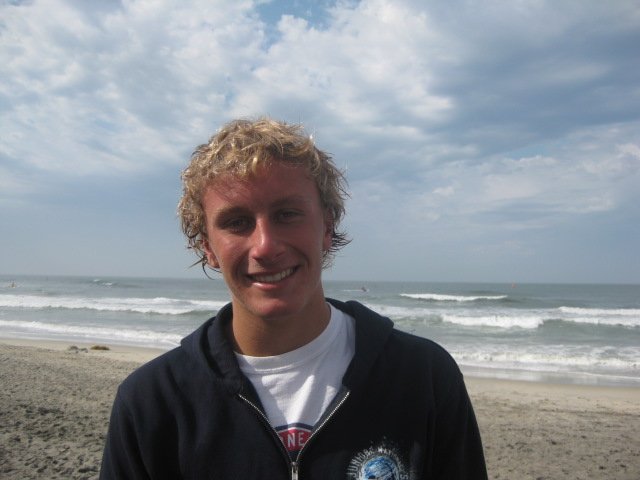 The ever-enthusiastic, young up-and-comer has the tools for a bright future in both the pool and open water, “It was cold. Very, very cold but fun!

I am primarily a pool swimmer but I am definitely going to start doing more open water swims.”

The start of the masters heat with the adult field is shown below: