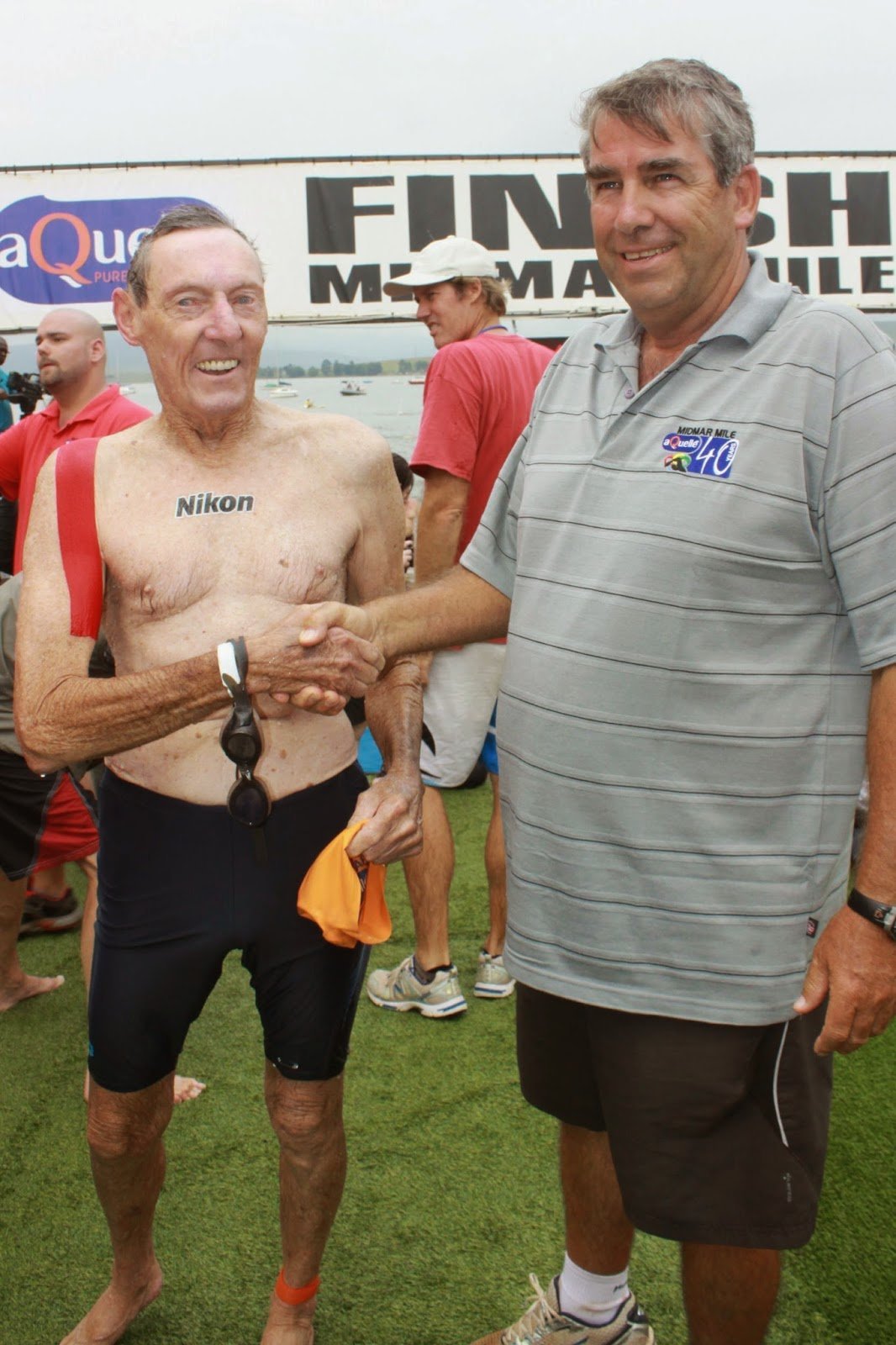 Mike Arbuthnot took matters in his own hands in 1973 when 86-year-old Arbuthnot and his two friends Dick Park and Brian Glover were unable to compete in the Buffalo Mile in East London, South Africa due to petrol restrictions during the 1973 oil crisis.

The trio of friends decided to stage a race in Pietermaritzburg in KwaZulu-Natal, South Africa.

153 competitors joined Arbuthnot, Park and Glover in the first event in the Midmar Dam. Arbuthnot holds the distinction of having officially taken part in every single aQuellé Midmar Mile for 46 consecutive years.

Every year, there are all kinds of story lines in the it-all-too-amazing-to-believe 1.6 km point-to-point race.

But the tens of thousands of spectators, volunteers, safety personnel and swimmers will be pulling for Chad Gifford. The double amputee is a 5-time member of the 8-Mile Club that requires swimmers to complete eight 1-mile swims during the aQuellé Midmar Mile while raising money for various charities.

But the co-organizers of the 8-Mile Charity Club Mervyn Bremner, Richard Stretch and Stan Kozlowski continue to step up the level of adventure and challenge – and Gifford is taking it up. Gifford is not only swimming the eight 1-mile swims from the start to the finish – but also joining a handful of others who are swimming back to the start in an attempt to complete 16 miles.

All without legs – but one massively giant heart.

Arbuthnot shown above with race director Wayne Riddin after his 42nd Midmar Mile in 2015.