91 Circumnavigations Down, 9 To Go 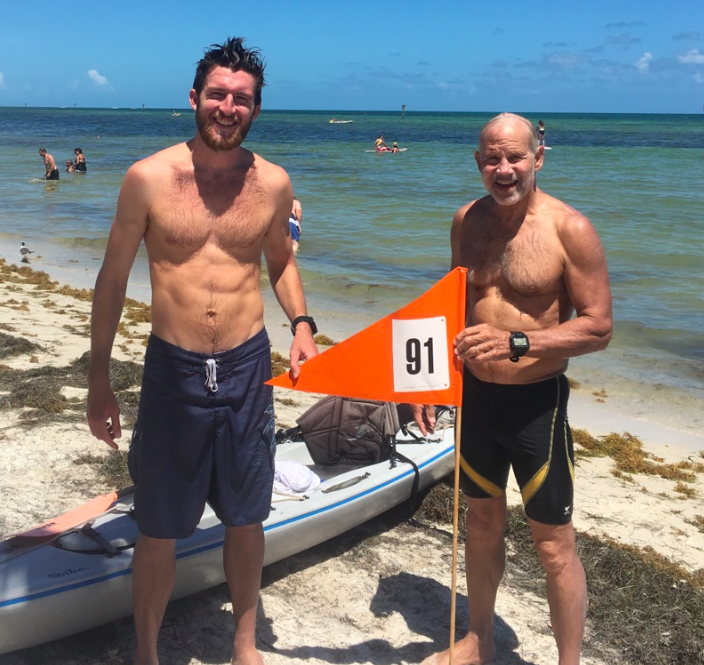 The local Ripley’s Believe It or Not! museum in Key West, Florida is interested in making a display about Bill Welzien‘s marathon swimming career.

Welzien is closing in on history’s longest Century Swim, only 9 marathon swims away from his 100th open water swim in the same venue: the most southern point of the state of Florida.

The 66-year-old’s chosen venue is the 12.5-mile (20.1 km) circumnavigation swims around Key West in southern Florida, although he has also completed two Sea of Galilee crossings in Israel (double width swim in 2015 + single lengthwise swim in 2009).

His 90th Key West circumnavigation was completed on June 24th at the Swim Around Key West. A little over two weeks later on July 11th, he found himself on Smathers Beach a few hours before high tide in Key West Harbor.

We had the wind hitting us on our right side from miles 5 to 6. From miles 7-8.5, we had a head wind. By the time I returned to the start/finish pole, I had clocked 6 hours 14 minutes 19 seconds.

I felt good after the swim; in fact, very energetic, then ate, and was off for our church’s evening prayer meeting and to our 90-minute Bible study. I am now in the single digit zone to reaching my goal of 100 swims by the end of this year. Nine more swims [with] the next swim scheduled for July 24th