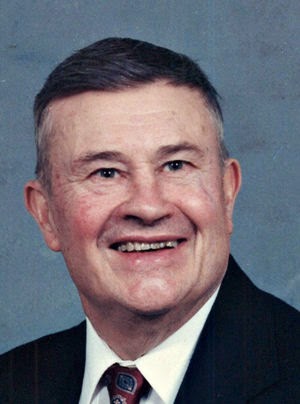 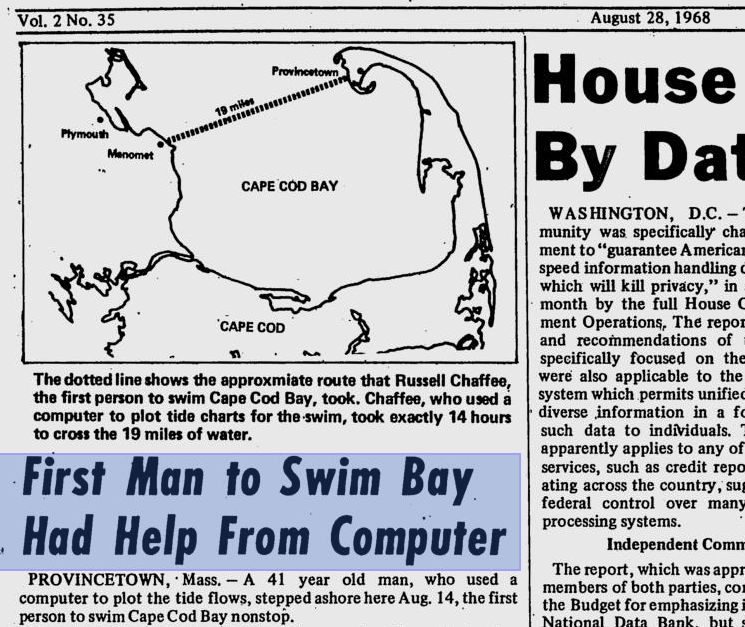 Excerpts from the August 28th 1968 edition of Computer World.

While using a computer to communicate with one’s escort pilot, teammates, crew and friends is a given in the contemporary open water swimming world, it was certainly not the case back in 1968.

In a long-gone era without GPS, email or social media, and without apps or Macs, using one’s own ingenuity and programming skills was a rarity in the 1960s.

But math teacher and open water swimmer Russell Chaffee of Pennsylvania was a pioneer in more ways than initially meets the eye. His inquisitive mind and desire to swim in various bodies of water led him to computing and programming.

Not only did Russell do all kinds of unprecedented marathon swims all over the eastern United States, but he was already using a computer to help plot his courses in the 1960s.

His use of a computer to plot tide flows in Cape Cod Bay in 1968 in order to attempt a marathon swim was deemed noteworthy by Computer World.

The 41-year-old plotted his course while taking a summer course in computer programming at Trinity College in Connecticut. Chaffee told Computerworld that the information turned out to be a sine curve based on 5-minute intervals.

Written from a simple program that did not take waves or wind into consideration, he predicted that the best course would be an S-shaped course that took advantage of the tidal drift. In reality, the tide changed 3 times during his 14-hour swim across the 19-mile opening of Cape Cod Bay. “Only a real-time system constantly updated by someone with the swimmer would be able to take wind and waves into consideration accurately,” said Chaffee at the time. His statement, so true among contemporary escort pilots was a precursor to 21st century navigation taken for granted by modern-day swimmers.

Because Chaffee was ahead of his time, he simply trusted his data and followed his predictions. Fortunately, even his primitive predictions saved Chaffee at least an estimated 5 miles of swimming. More importantly, the data gave Chaffee the understanding that the oncoming tidal flow in the last hour would be something that he expected to face. Based on his predictions, he knew that the currents would be against him towards the end, motivating him to dig deep and complete the swim.

Supported by his wife and three children and escorted by Toby Baker in a 43-foot sloop, Chaffee was a pioneer as a swimmer and navigator back in the 1960s among the East Coast marathon swimming community.

Chaffee recently passed away at the age of 87 leaving behind a wonderful legacy (see additional article here).

A memorial service will be held on September 16th at the Valley United Presbyterian Church. Memorial donations may be made in Russell’s memory to the Valley United Presbyterian Church, 622 1/2 South Main Street, Athens, Pennsylvania 18810, USA. Those wishing to sign the E-guestbook, send flowers or condolences may do so by visiting www.loweryfuneralhome.com.