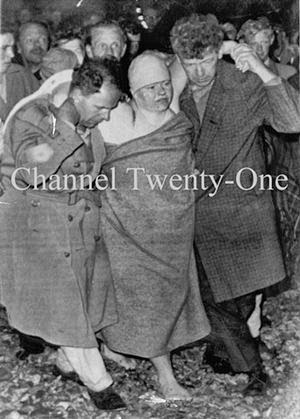 Brenda Sherratt was training to become the first person to swim 36.2 km (22.5 miles) across the length of Loch Ness in Scotland. She did training swims in Bala Lake (5 km), Coniston (8 km), Coniston (16 km) before her special birthday swim across Windemere in the Lake District in England.

She started out on one shore as a 17-year-old and finished her 18 km training swim as an 18-year-old.

All that hard work paid off for the British teenager when she completed her Loch Ness crossing in 31 hours 27 minutes in 1966.

She was later inducted in the International Marathon Swimming Hall of Fame in 1970 as an Honour Swimmer and recently retired after nearly 40 years of swim coaching, but she is still mentoring in the Cub Scouts.

Brenda Sherratt is shown above after swimming across Loch Ness in 1966. Photo by UPI Cablephoto.