A Champion’s Mindset In Murmansk 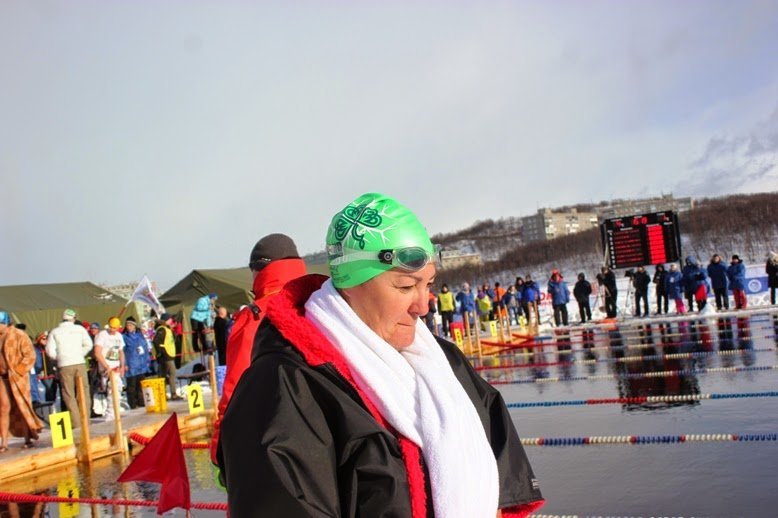 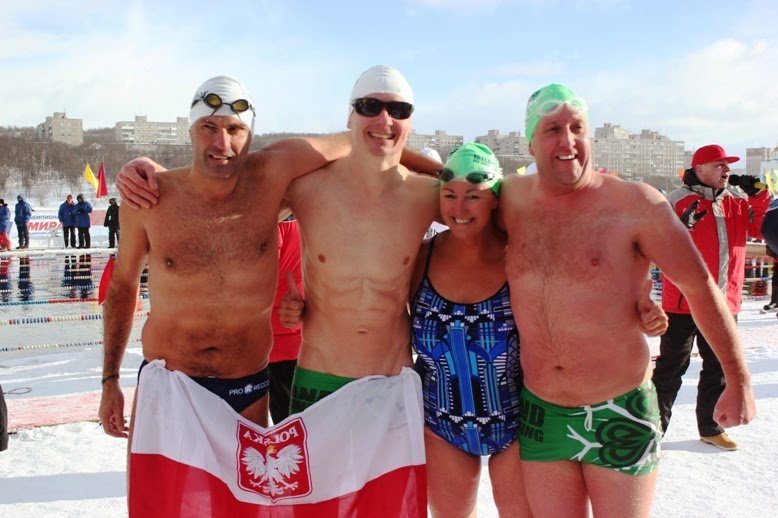 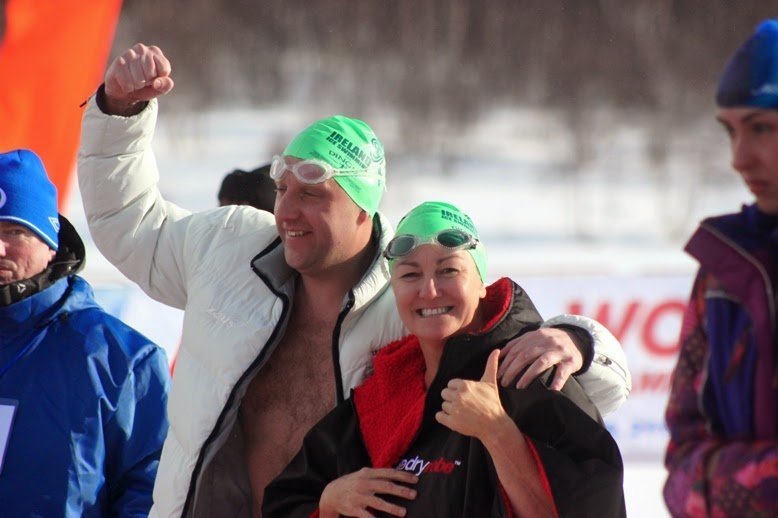 Courtesy of Nuala Moore from inside the Arctic Circle.

She has encountered jellyfish and sharks, been injured and had surgeries, and had the ups and downs of competitive racing.

But nothing prepared her for the shock of ice swimming except for her own mindset and the camaraderie of the cheerful and supportive colleagues at the World Ice Swimming Championships in Murmansk, Russia. From her perch in Perth, the famed Australian marathoner, official and announcer “was a pure trooper…she took in all the atmosphere,” recalls Nuala Moore.

She did her first swim in St Petersburg, Russia at 1.8°C, and remarkably did not require any recovery. It was clear to those around her that she has the mental capacity and physical talents so swims at 0°C were not going to be challenge. “All of these supreme athletes like Shelley have the capacity far beyond ours to shut out all the demons [of ice swimming].” observed Moore. “As a true athlete with a champion mindset, Shelley attacked [the swim in Murmansk] and had a phenomenal time.”

“You are soooo present [while swimming in near 0°C water] that you don’t have time to think past or future,” recalls Taylor-Smith. “If that makes any sense. I have never ever been more present than I was my maiden swim in St Petersburg and then the same in Murmansk.”

It is hard to describe what swimming in near 0°C feels like. I didn’t shiver or shake even. My head does not even get that ice cold headache. I thisnk it is the adrenaline rushing through your body; well it did for me anyway. I was nervous [before the race] not because I did not want to fail, but because I did not want to let down relay teammates. You cannot wipe the smile off my face. I guess the human body can withstand a lot within 30 seconds
.”