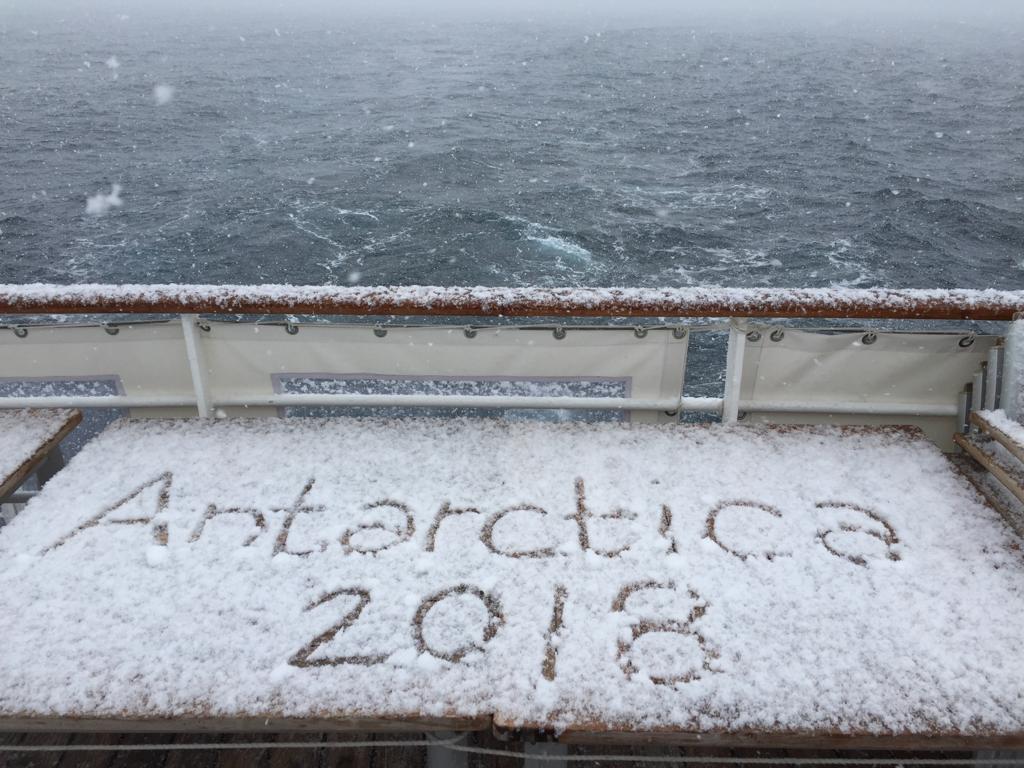 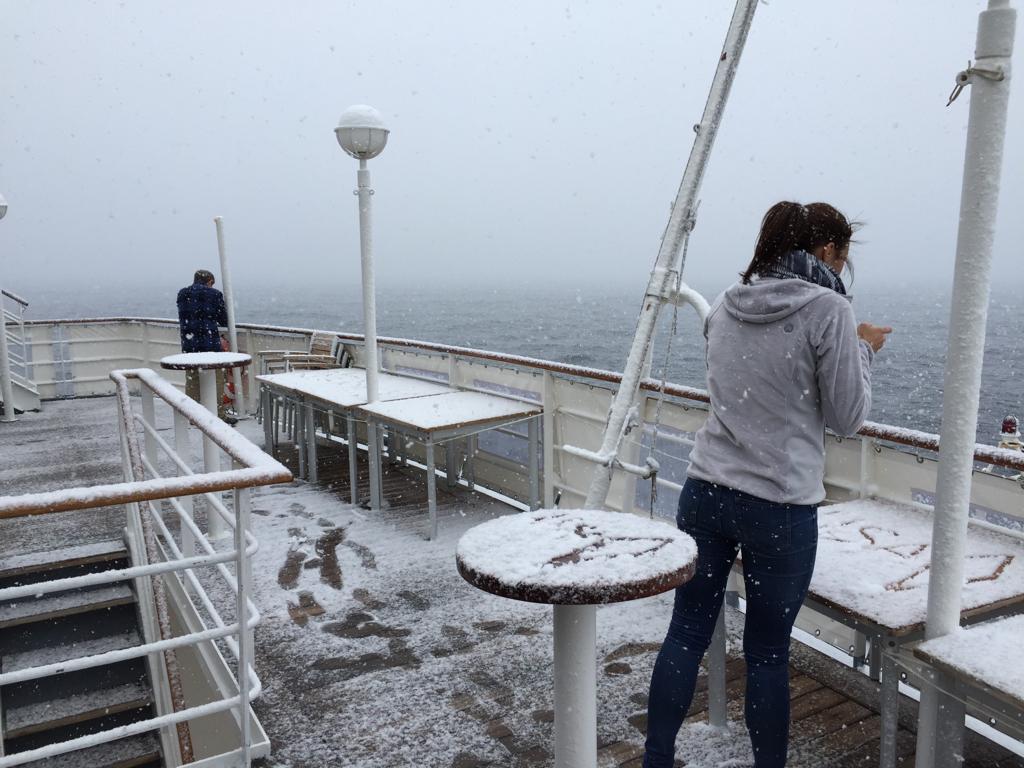 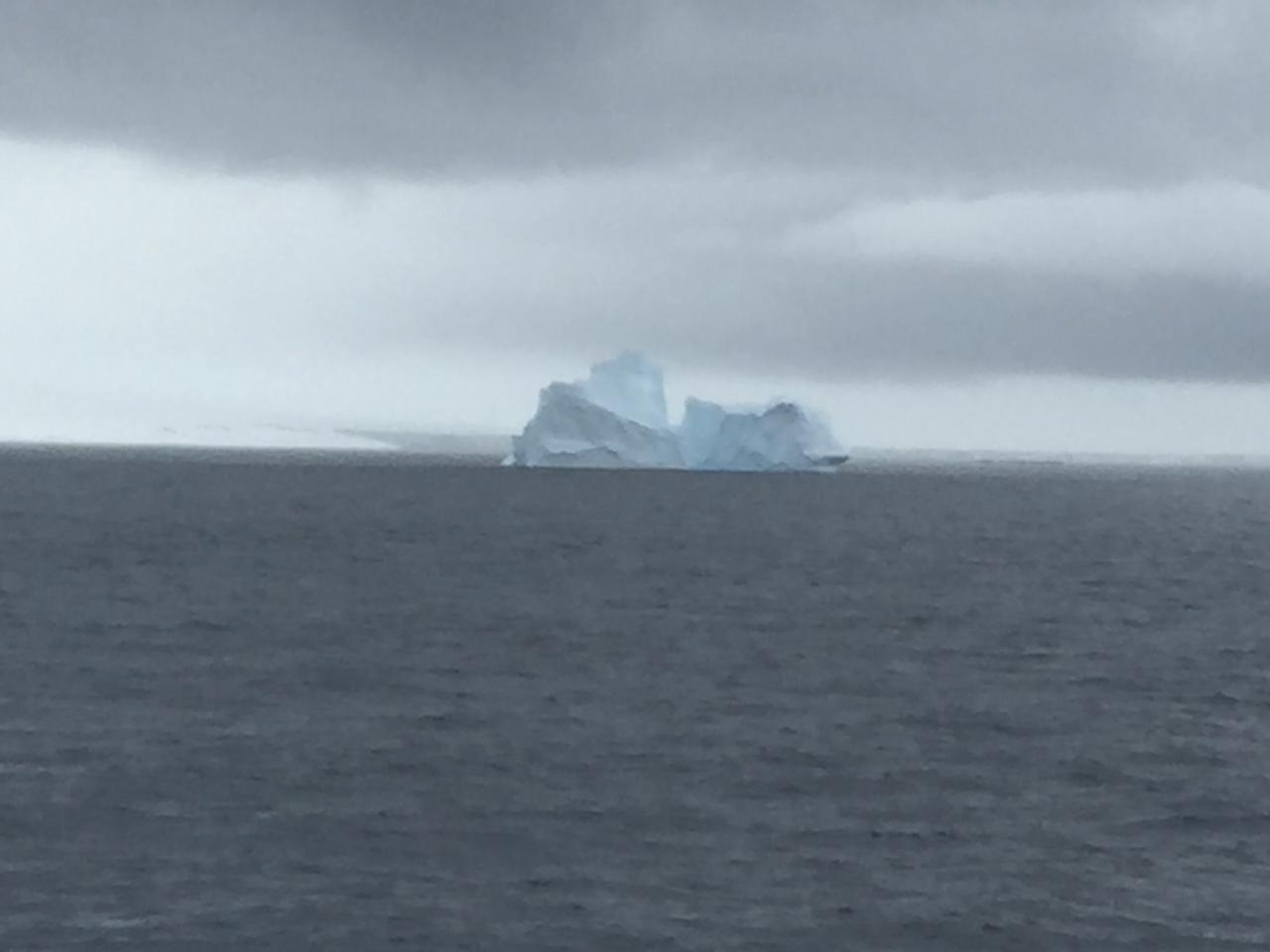 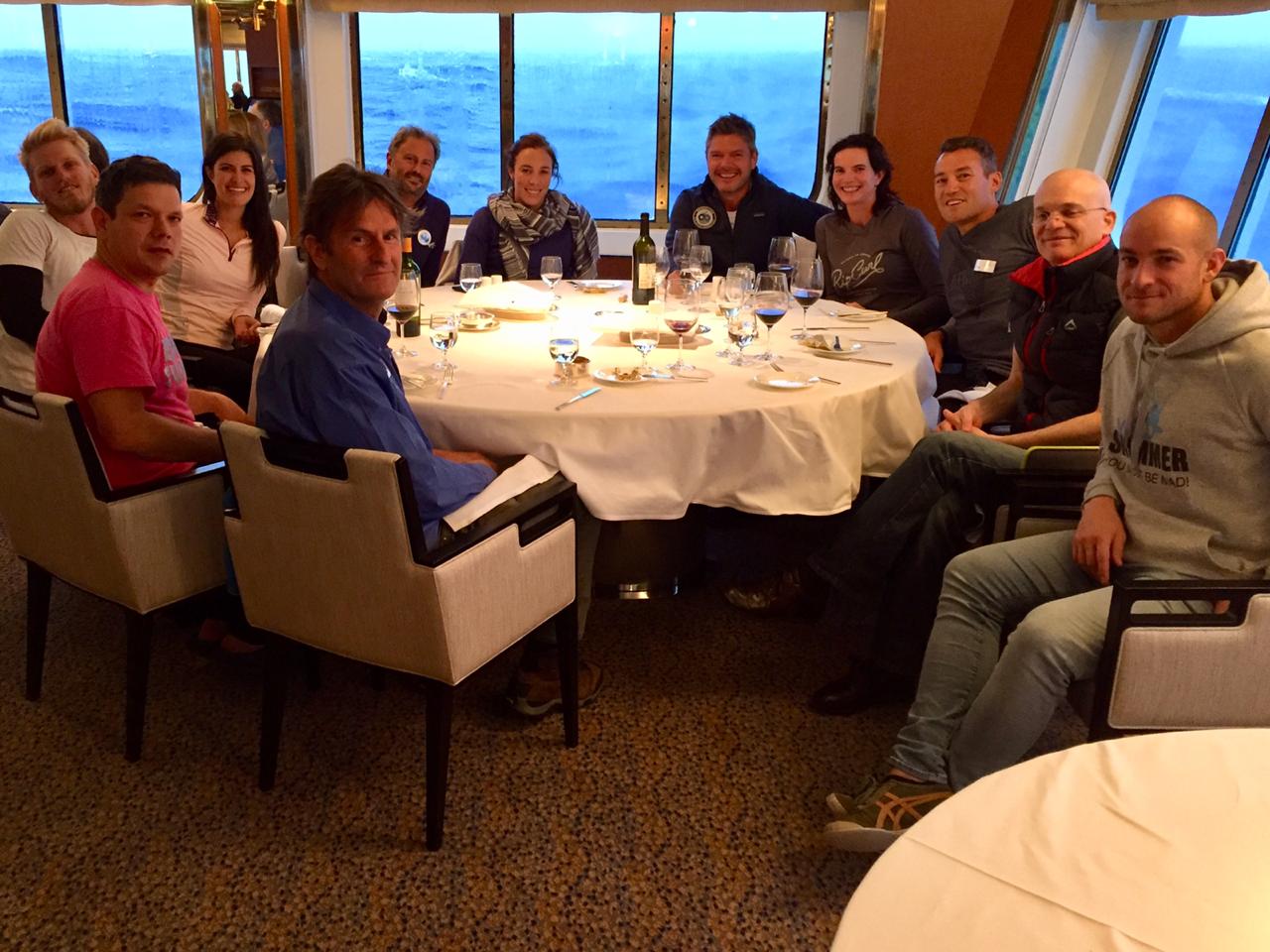 Courtesy of Jean Craven and Nicolene Steynberg of Madswimmer, Antarctica.

Jean Craven of Madswimmer has arrived in Antarctica together with a team of ice swimmers including Leszek Naziemiec of Poland, Andrey Agarkov (Андрей Агарков) of Russia, Sergio Salomone of Argentina, Paolo Chiarino of Italy, Clinton Le Sueur of South Africa, Alexander Brylin of Russia, Samantha Whelpton of South Africa, Diego López Dominguez of Spain, Victoria Mori of Argentina, Yun Feng Wang of China, Wyatt Song of Australia, Petar Stoychev of Bulgaria, and Ram Barkai of South Africa set off to their journey to complete the first Ice Kilometer Swim in Antarctica.

Craven writes, “We finally arrived in Antarctica on Monday late morning after a two and a half day trip from Punta Arenas in Chile. The Drake Passage crossing claimed many victims, but they are all recovered and smiling again.

Once we left the protected area of the end of South America, we entered a rough passage with 8 meter waves and strong winds. The dining room was half empty and the doctors were issuing seasickness patches to all.

We found that the patch was helpful to some and dreadful to others. Few waves dashed our dinner on the floor with glasses flying all over the place.

The ship is very well-equipped in all aspects and the crew is very professional and helpful. Food is good and we are all anxious to get the swimming program in place. We arrived in Livingston Island to drop a group of scientists at the Bulgarian station. Weather is not very hospitable at the moment with a strong wind of 30+ knots and snow.

There is lots of ice on the water. We spotted a few whales and we are now surrounded by ice in every form.

At the moment, we are planning to do a test swim around 200 meters tomorrow at one of the white beaches here and hopefully swim 1000 meters on Wednesday, November 21st.

The water temperature is quite stable at -1°C (30.2°F). The recovery area is ready and so is our safety team. This is a frozen dream come true.”

Four swimmers at a time will attempt the Antarctica Ice Kilometer Swim along the length of the swim. They will be accompanied by two rubber rafts, four kayaks, and medical and safety staff wearing dry suits and floating devices who will be ready to jump in and rescue a swimmer if needed. It is the first time an official 1 km Ice Swim is held as an event, as opposed as a solo effort.

Barkai serves as the Expedition Leader of this event and hopes to continue taking swimmers to Antarctica in future. People who are interested can contact him at ram.iceswimming@gmail.com.