A Gelatinous Invasion – The Jellyfish Are Coming 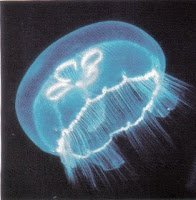 From Anacapa Island near Santa Barbara to Gdynia in Poland, open water swimmers have been complaining of jellyfish stings.

The encounters are running amok throughout the Pacific and the Atlantic, from the Caribbean to the Sea of Japan as swimmers around the world posted pictures of their stings on all kinds of social media.

But whether it was amateur swimmer and mother Cherie Mester Edborg of Huntington Beach, California or professional marathon swimmer Trent Grimsey of Australia, the swimmers soldiered on, grinning and bearing the discomfort of the stings.

The global proliferation of jellyfish will only continue as the low-oxygen environment of the world’s oceans, overfishing, pollution, introduction of non-indigenous species and a reduced sea turtle population are all part of the equation that leads to more and more jellyfish encountering more and more open water swimmers.

Solutions to these encounters and salves to make the discomfort less will be discussed and presented at the 2012 Global Open Water Swimming Conference.