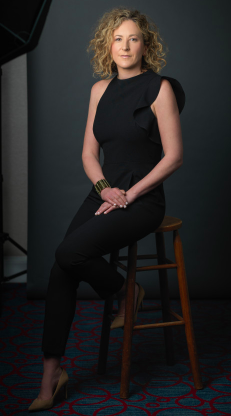 Kimberley Chambers has come a long way from a idyllic farm in her native New Zealand. She not only transitioned unexpectedly from a ballerina to an International Marathon Swimming Hall of Fame Honor Swimmer, but she has also overcome a number of life-threatening accidents and incidents that has relentlessly tested her resilience.

Chambers has a number of gut-wrenching, tear-jerking stories – on dryland and in the water – that she has inspired everyone from diplomats and ambassadorial staff at the United Nations to corporate power brokers and programmers in Silicon Valley.

“Her charisma and magnetism is balanced by her innate soft-spoken nature and Kimi humility,” observes Steven Munatones. “It seems that her talks – given to a wide variety of audiences – reach every single person in multiple ways, both profound and long-lasting.”

Globally recognized in the marathon swimming community for her Farallon Islands and Oceans Seven accomplishments, Chambers’ reach is greatly expanding through her speeches and her widely acclaimed film KIM SWIMS. She was recently interviewed for an NBC documentary called “Female Sports Icons,” which aired in January 2020.

She is now represented by the Greater Talent Network that will further expand her network and outreach.

Across The Pacific by Jamie Tout