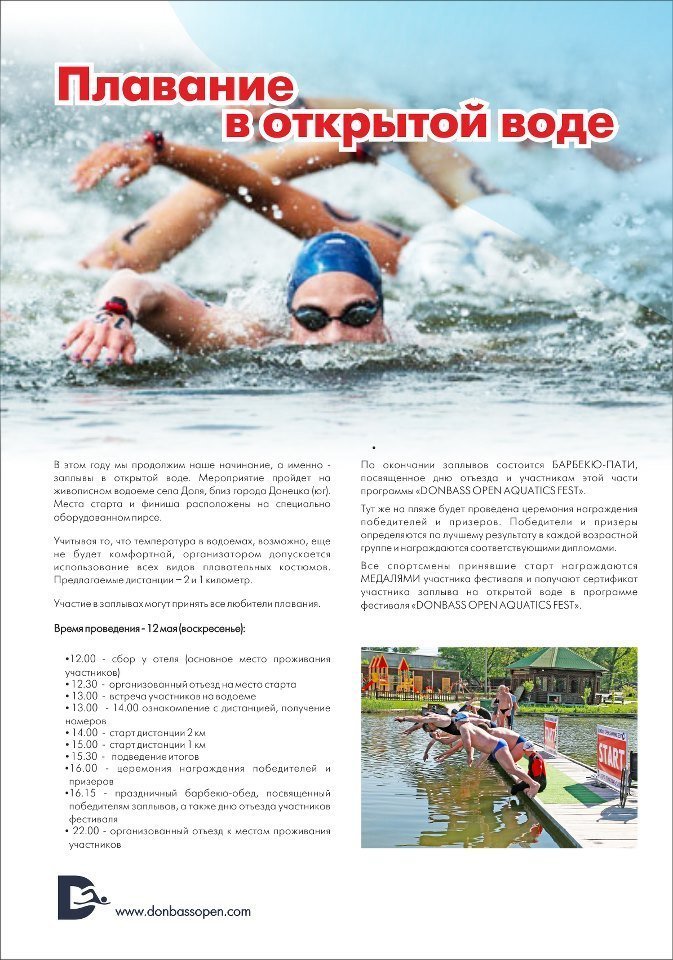 The D.O.A.F. is an all-comers aquatics festival organized by Prychyna Gennadii Anatoljevich, founder of the Donbass Swimming Masters, and Sidorenko Alexander Alexandrovich, a 1980 Moscow Olympic Games gold medalist, in 2003 as a small masters swimming competition. But the Festival has transformed itself to something much larger, more colorful, and increasingly international than its simple roots. 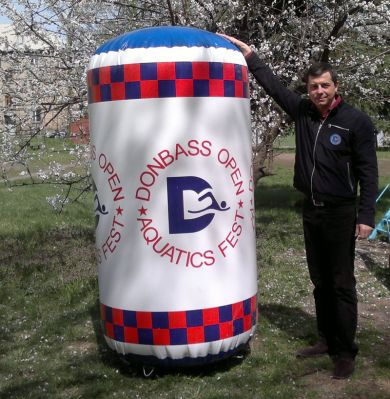 “The mission of the Donbass Open Aquatics Fest has multiple layers,” explains Ilyushchenko. “We want to popularize swimming among all levels of society as well as involve those who used to be active and swim before. We also want to identify the best swimmers among veterans, professionals and swimming enthusiasts, improve the technical skills of swimming enthusiasts, and promote a healthy lifestyle. And as we grow, we would like to invite swimmers from the Americas and the rest of the world in addition to our usual participants from Ukraine, Russia, and the other European nations.”