A Hardened Crowd Heads To Connecticut 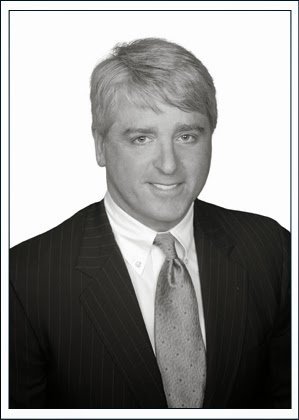 Just as the Who’s Who of channel swimmers heads to Dover every summer and multitudes of triathletes head to Kona every October, the open water swimming crème de la crème of East Coast America came out to the inaugural Cold Water Challenge in Fairfield, Connecticut last November.

Connecticut is one of those pockets – like Melbourne and Rio de Janeiro – where the community of open water swimmers has established for reasons that may be a combination of its proximity to the ocean, its overall marine mindset, and the success of early personable pioneers in the sport.

Connecticut has been long known as North America’s equivalent to Europe’s Isle of Jersey and Africa’s Cape Town where both these communities have the unusual penchant for developing renowned marathon and channel swimmers. Headlined by swimmers like Liz Fry and Dr. Marcy MacDonald, the New England community is close-knit and supportive of hardened cold-water swimmers of any age, ability and background. From Maine to Rhode Island, from Vermont to Massachusetts, pods of swimmers who venture out in the cold water year-round are challenging themselves to go faster, further and colder.

On the West Coast of America, Aquatic Park and La Jolla Cove are the gotta-do-it cold watering holes of winter. In the Midwest, the go-to venues are in Lake Michigan and Indianapolis. In the South, Tampa Bay and Tennessee come to mind. Their equivalents on the East Coasts of America are Coney Island and Connecticut. All eight locations are the year-round training grounds for people – generally over the age of 40 – who have the time, talents and temperment to train for the English Channel, Triple Crown of Open Water Swimming and, ultimately, the Oceans Seven and unprecedented solo swims around the world.

As these individuals push themselves to go faster, further and colder, their training regimens must change. They push push themselves in training faster, further and colder. Taking a page out of their European channel training manual, these cold-water marathon swimmers are swimming earlier and earlier into the winter. Essentially, preparation has become a year-round, non-stop, ever-dynamic training. Just as 60 is said to be the new 50; 50 is said to be the new 40; and 40 is said to be the new 30 (related to chronological years), so it is with the water temperature. 60ºF is the new 50ºF; 50ºF is the new 40ºCF; and 40ºF is the new 30ºF (where there is a mixture of salt and fresh water). What is judged to be impossible or undesirable in the 20th century is now deemed to be fashionable and desirable.

When these athletes push themselves to the nether regions of cold and the upper regions of distance, they discuss and congratulate each other on Facebook. This phenomena further brings together the community and the vortex of new goal-setting and new swims continues to spin faster. “If she can do it, so can I so the mindset goes,” explains Steven Munatones of the World Open Water Swimming Association. “This may be oversimplying and inaccurately reading the tea leaves of the open water swimming world, but women seem to want to become part of the social fabric of swimming while men seem to want to do one better than their swim buddy. But just as the competitiveness of the men and the camaraderie of the women is clear to see, women can be just competitive with each other and men are just as collegial with their mates, whether they swim with them in person or only know them through online social networks.”

Andy Davis (shown above), one of the co-founders of the 5.2-mile Cold Water Classic along with Liz Fry, Jim Bayles and Kevin Lederer, explains their cold-water competition. “What started as a few local swimmers who enjoy getting outside in April and May for open water swims has developed into the establishment of fall and early spring swimming challenges that are a lot of fun. We anticipate 25 to 40 participants in the Cold Water Classic this May. It all depends on how cold the water will be.”

The goal of this May’s Cold Water Classic swim is to create a safe event targeted for marathon swimmers with experience swimming in sub-60 degree water. “Our goal is to host a local event held in a low-key environment where swimmers can continue to acclimate themselves to the season ahead,” describes Davis. In a course pioneered and popularized by the event founders off the shoreline of Connecticut, the elite of East Coast marathon and ice swimming community – from Elaine Howley to David Barra – are expected to come out to enjoy the swim from jetty to jetty at Penfield Beach.

“Jim and Liz introduced me to cold water swimming several years ago,” recalls Davis. “We like to get the most out of swimming outside in the Long Island Sound during the year before heading back to the pool. Typically we go from mid- to late April to early November. We‘ve swum in water as cold as 50ºF (10ºC) which is our personal threshold.” 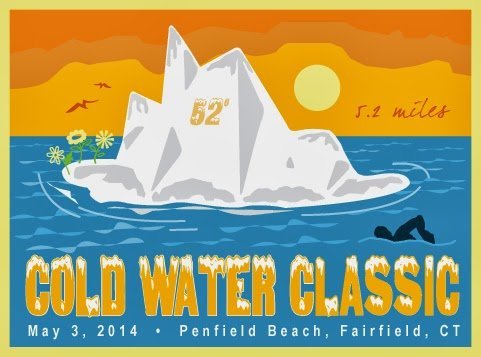 Bioprene-proud Barra was ecstatic about last year’s Cold Water Classic. “The event was great fun. It was an intimate field, but due to the fact that these late season events are so few, the Cold Water Classic managed to attract swimmers from Maine to Delaware. We enjoyed pretty flat water and an unseasonably warm autumn day made it a fun post-swim social gathering.”

Judging from the buzz, it is going to be quite some 2014…and the Cold Water Classic will help kick it off.