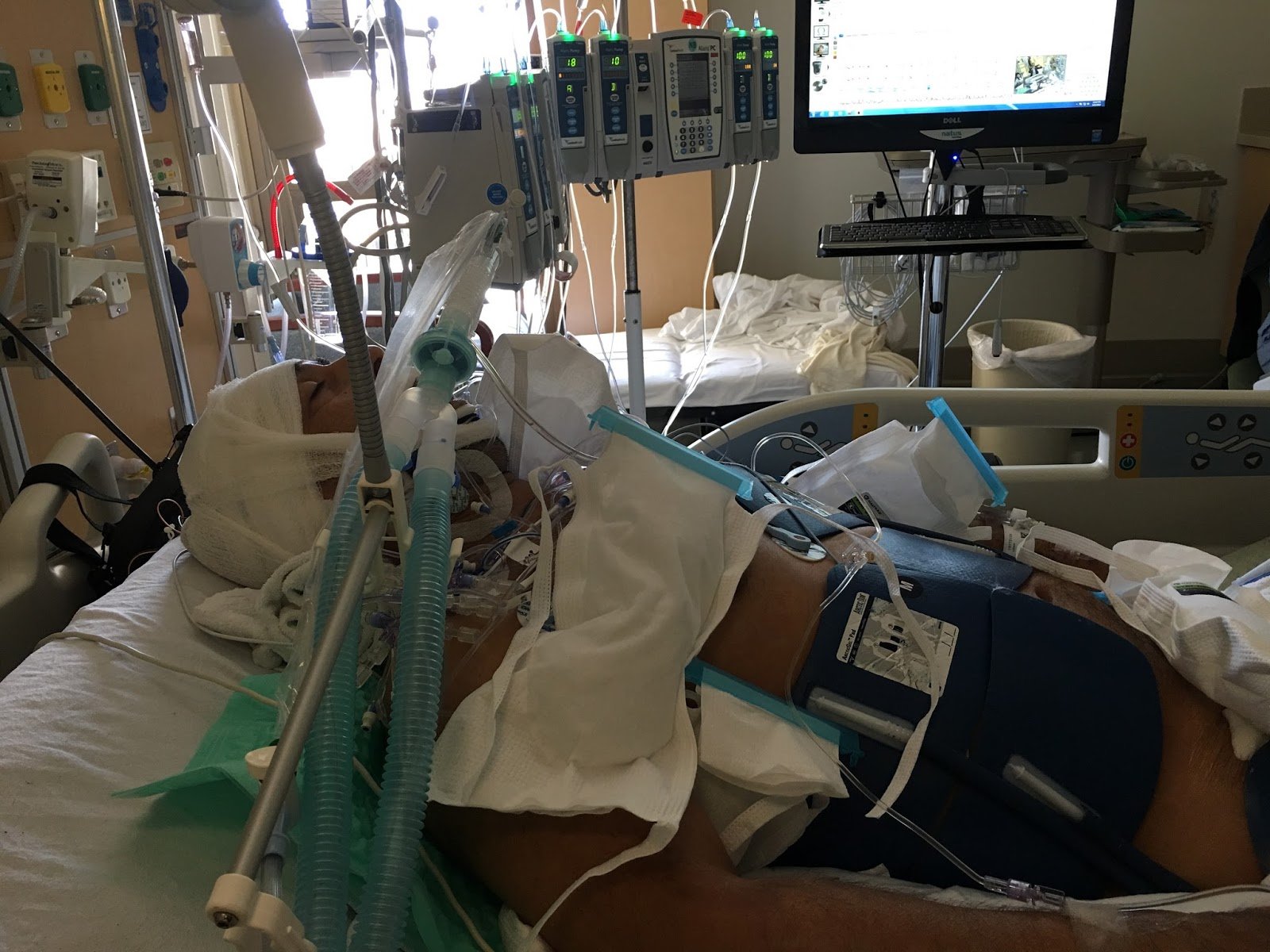 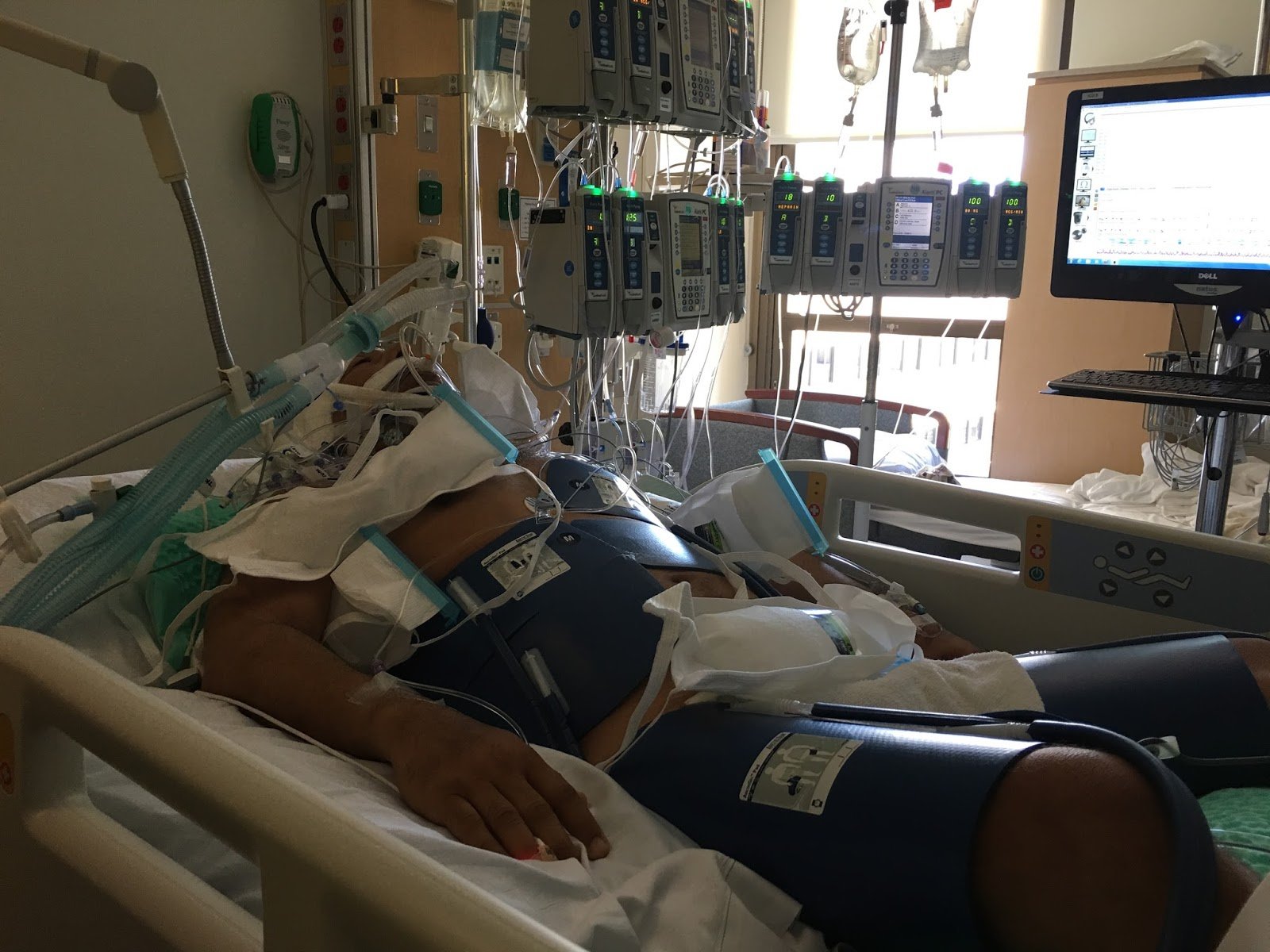 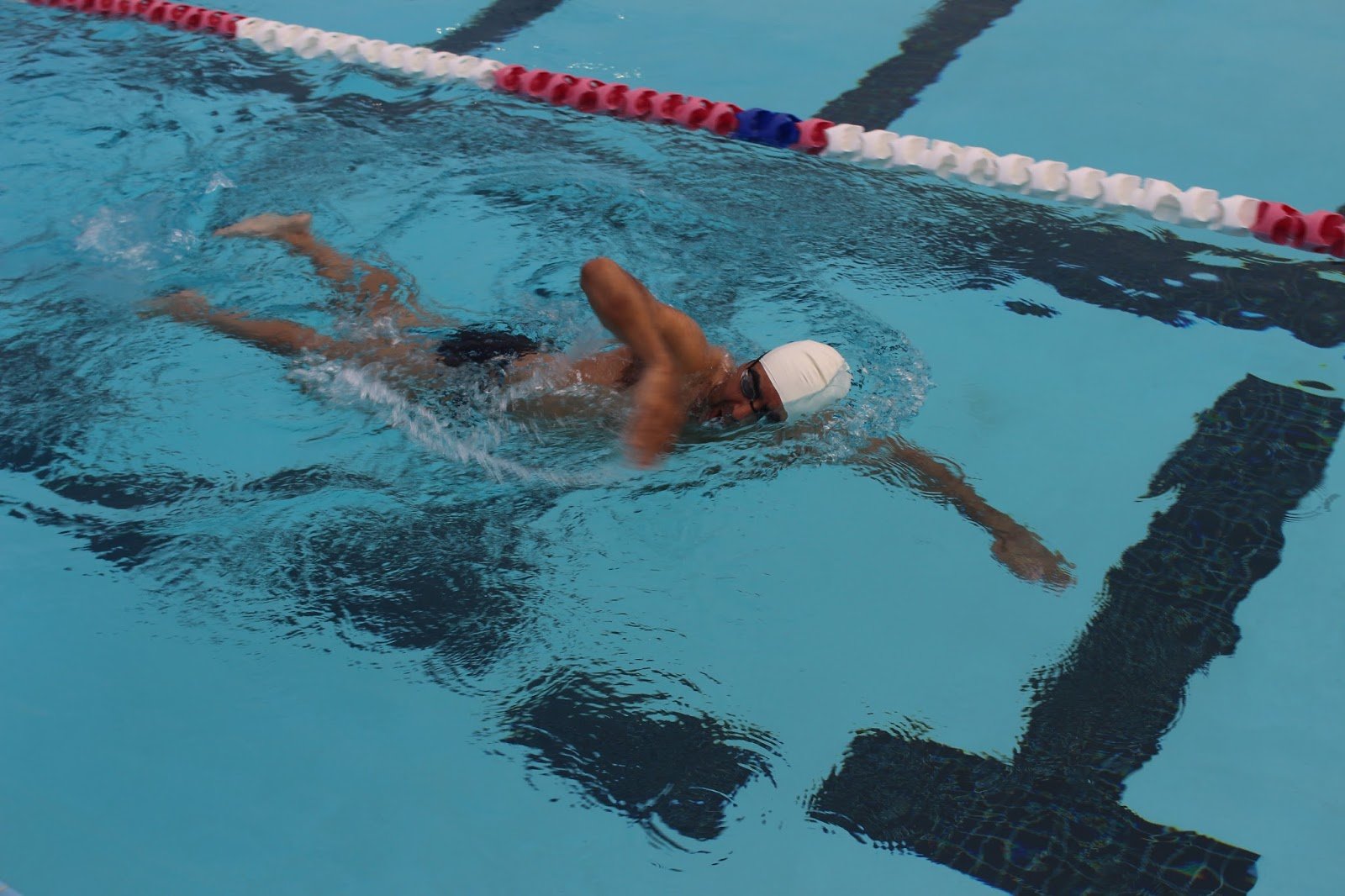 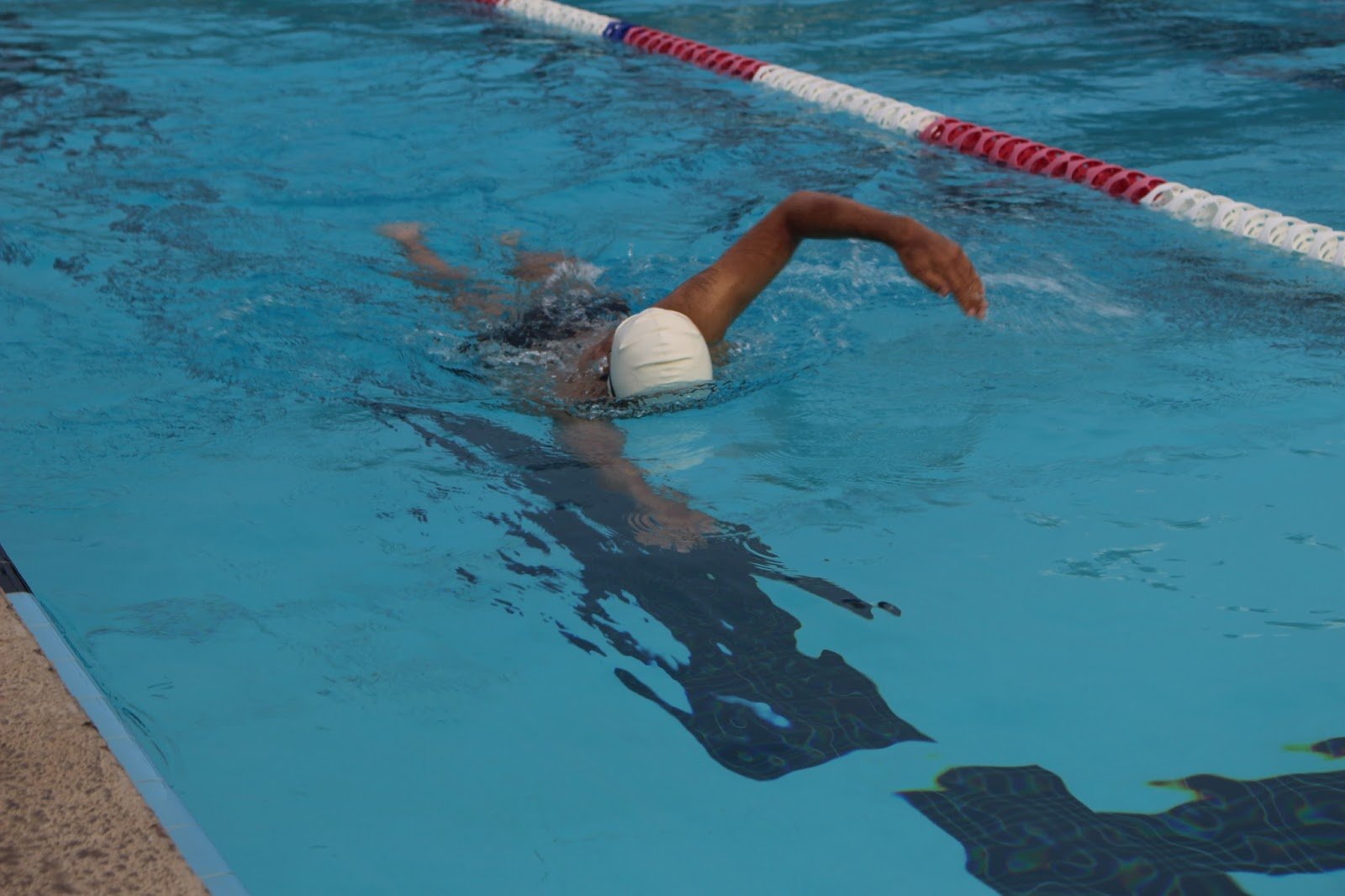 Prelude: Steven Munatones had a heart attack at his home on May 12th and was hospitalized for a week. During that time, he received many kind messages via social media and has not been able to thank everyone personally for their prayers, thoughts and donations. But he began swimming last week as part of his cardiac rehabilitation. The following is his first-person account of what happened before, during and after his heart attack..

I wake up each morning so happy to experience another day on this planet. I smile and say a prayer of gratitude.

Waking up with a profound sense of gratefulness and appreciation for being alive was never the case before, but my life was completely transformed when I experienced a massive heart attack and 9 days of traumatic amnesia in May. The following is how and why the transformation occurred:

I woke up in Hoag Hospital in Newport Beach, California simply because I had to go to the bathroom. I opened my eyes and saw my wife smiling and looking down at me. “Her smile is so sweet, but why is a tear coming down her face?,” was my initial thought. As I looked around, it was hard to fathom why I had a number of tubes sticking in my arms, nose, and fingers. “How do you feel?” she asked in her soft voice. “Fine, I just need to go to the bathroom,” perhaps a little too abruptly for the somber ambiance I sensed.

But the urge to urinate was great. I really had to go.

“Why? I just have to go pee,” I replied as I tried to lift my head from the pillow and swing my legs off the bed. “Oh my God,” I thought. “Why does everything feel so heavy?” I had no idea of the reason why I was in a hospital bed. I was totally clueless that I had a stent placed in my heart and had just come out of an induced hypothermic coma. I had been on my back in a hospital for a week and a bit. My body was weak; weaker than I had ever been in my life. “Please help me get up,” I pleaded to my wife.

“We have to wait for the nurse,” she said in her most authoritative maternal voice. “You just had a heart attack.”

Her statement puzzled me. I did not know why I was in a hospital or why I had these tubes coming out of my body. “I am too active and healthy to have a cardiac arrest. I am fit. I swim and do KAATSU nearly every day. I can swim butterfly fast. I eat healthily and never had any problems with cholesterol. I do not a family history of heart attacks. So why me?”

This situation that I suddenly faced was extremely hard to fathom.

My wife slowly filled me in on the last 7 days of my life. It was a shock. I had no idea that an entire week had passed by. From my perspective, I simply woke up from a nap after driving back from San Diego.

“After you returned those back-to-back-to-back business trips from Tokyo, Honolulu and New York, we went to San Diego with the kids. Then you went to Monday morning swim practice as you normally do. Your training friends said that you were swimming unusually slowly and complained that your chest hurt. You drove back home and then I took you to Huntington Beach Hospital because your left arm was hurting too. They kept you overnight and released you the next day (Tuesday). They said you had a tear in your esophagus.

The next day (Wednesday), you didn’t go swim. The kids were downstairs getting ready for school – then I heard this strange sound from your bathroom. You were gurgling and convulsing. I screamed and put you down on the floor. The kids [our twin daughters] were crying and didn’t know what to do. We were in panic, but [our 17-year-old son] Skyler immediately started doing hands-only CPR on you. He knew what to do. He was so calm and strong. He kept you alive; you are here because of him. We called 911 and the paramedics came right away.

It was terrible. The paramedics said you had no heartbeat and weren’t breathing. They shocked you four times and said you only breathed a few times by yourself on the way to the hospital.

Dr. [Lee] Carter immediately did an emergency surgery and put a stent in you. Then you underwent the Arctic Sun hypothermia protocol. They slowly dropped your body temperature to 32°C [89°F) and then re-warmed you. They did not know if you would survive with neurological damage or any other damage. But you were alive. They had to put restraints on your arms because you kept on moving. I knew you would come back, but it still pretty scary. Everyone was so worried and your sister kept everyone informed by Facebook.

There were so many people who were sending Facebook messages and praying for you. You are really lucky.”

That was some kind of shock to hear all that. I felt badly that I had given my family and friends such a scare. But I had no recollection whatsoever of what had just happened over the last week. I only knew that I had to get better quickly and start appreciating the love and support that I was receiving from everyone.

Fortunately, I quickly recovered upon gaining consciousness and felt good enough to work, rehabilitate and eat right as soon as I was released from the hospital.

I am still answering Facebook messages from friends around the world. I am genuinely touched by their concerns, prayers, and heartfelt comments. I always say ‘expect the unexpected‘ while in the open water; this experience certainly embodies this perspective.

I know that my life will never be the same again and that I have to radically transform my stress-filled, too-little-sleep, work-focused existence. I will spend the rest of my life in full appreciation of the people, nature and things around me.

I am humbled by the entire experience … and I wake up each morning knowing that I have been given a second chance at life and to live life like there is no tomorrow.

Follow-up on recovery is posted here. 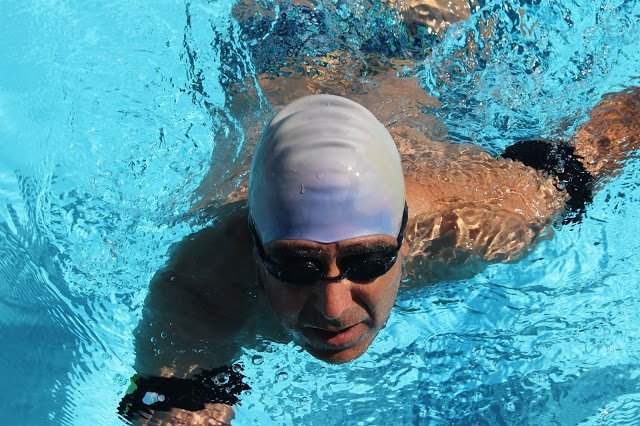