A Hero’s Journey Out Of The Devil’s Teeth 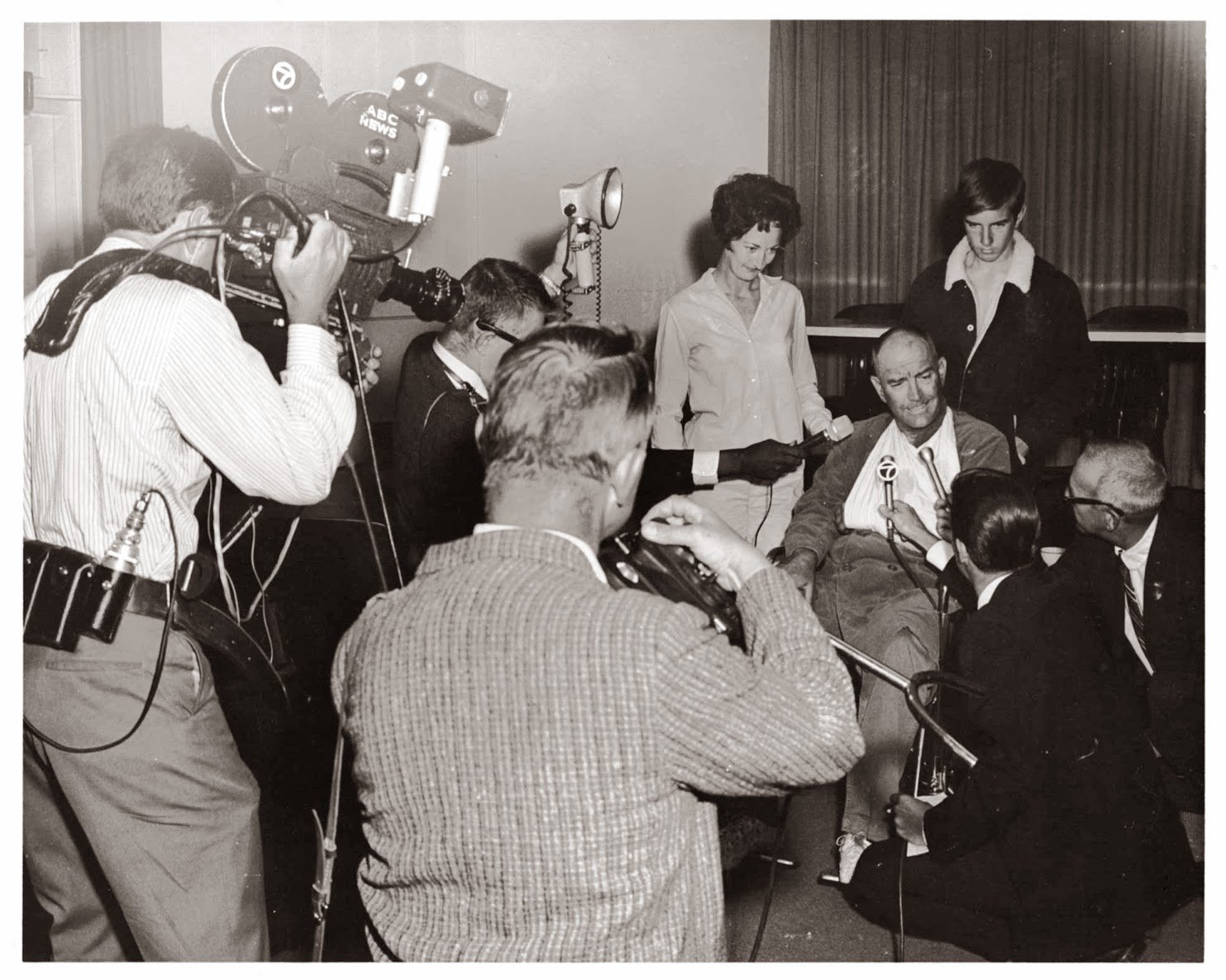 On April 8th 2014 Craig Lenning became the second person in history to enter the Pacific Ocean at the Farallone Islands and walk ashore on the California mainland after being in the water for 15 hours and 47 minutes.

The first, Lieutenant Colonel Stewart Evans, entered the water off the Farallones at 10:14 PM on August 27th 1967 and came ashore 13 hours and 44 minutes later in Bolinas.

Lenning entered the water knowing that the swim was possible and that meant he knew exactly how daunting of a task he faced. Knowing something can be done did not leave him immune to the struggles he would face in the Red Triangle and some of the most threatening waves and wildlife on the planet.

The most inspirational individuals in this world are not the ones who fearlessly conquer all challenges. They are instead the ones who confront and embrace the fear while moving forward with a focus, determination and passion that earns them the title of “Hero.” Perhaps the most inspiring facet of Colonel Evans swim was not the swim’s completion but instead his understated answer to a reporter’s question on the Bolinas beach after staggering ashore:

“Colonel, did you every doubt you would make it?”

“There was a while there, yes.”

The act of swimming long distances has not changed much since 1967, but a lot has happened in the life of the Farallones. None of these changes has made the swim part any easier. The islands, known as The Devil’s Teeth, sit at the northern-most point of the Red Triangle, an area now recognized as the home waters for some of the largest and most voracious great white sharks in the world. At the less environmentally aware time of Evans’s swim someone stood on the rails of the escort boat with a rifle in hand throughout the swim. If marine life is not enough to discourage recreational bathing…the islands were dumping sites for radioactive waste from 1946-1970. In 1981 the islands became the Farallones National Marine Sanctuary and the paths of both swimmers took them through a Sanctuary that protects an area of 1,282 square miles and includes the wildlife and habitats of one of the most diverse and bountiful marine environments in the world.

As the Dolphin Club of San Francisco (established 1877) can attest: The more things change the more some things stay the same. The fringe group of long distance swimmers became interested in the islands in 1963 when they began boating out to the Farallones, briefly stepping foot on the beach and then splashing off towards the California coast. By 1964, fifteen swimmers had failed to complete the crossing. In 1966 the famed English Channel swimmer, Ted Erikson, arrived in San Francisco to make his own attempt, on the heels of greats such as Leonore Modell, Greta Andersen and local legend, Ike Papke. Despite a wealth of local knowledge, Ted’s two attempts in 1966 failed after admirable six- and ten-hour efforts. The Hawaiian waterman Ike Papke waited until October 1966 before making his attempt. Papke nearly topped them all, but he was stopped by severe hypothermia, just 1.1 miles from the mainland. As the 1966 attempts came to a close, one man was already well into his preparation to mount his own bid. That man was 40-year old Lieutenant Colonel Stewart Evans stationed at the nearby Presidio military base. 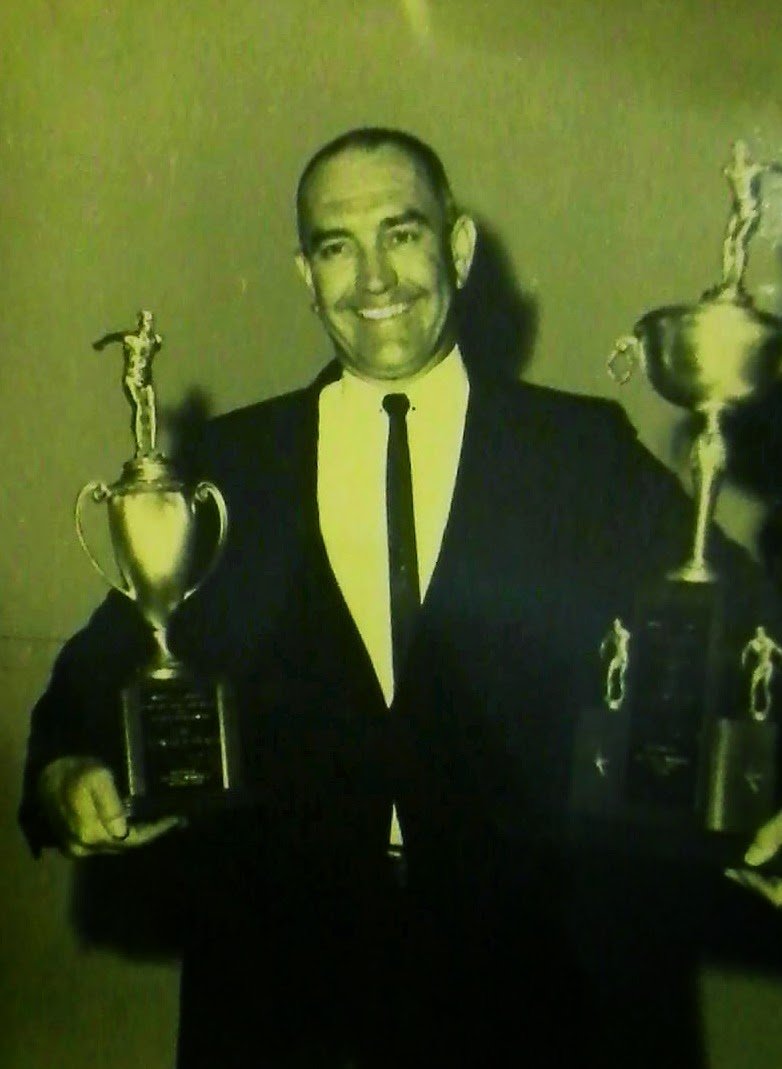 Ironically the first attempt and success by Marine veteran Lenning echoes the first attempt and success of U.S. Army supply officer and life-long swimmer, Colonel Evans, who served in the World War I, Korea and Vietnam conflicts. Evans 20-hour 1953 Catalina Channel crossing, combined with years of military discipline, had taught him the value of meticulous preparation and training, and he brought all that to bear on his Farallones attempt. Evans’ intention to undertake the Farallones challenge was first made known to his wife, Pauline Worrell, in 1965. At that time, Worrell, from Hull in Yorkshire, England, had been married to Evans for three years. She recalls that when they first arrived that year in San Francisco, they stopped on the Golden Gate Bridge and gazed out across the waters spread before them. Her husband’s gaze was fixed on a jagged collection of islands in the far distance. “Stu pointed out to the Farallones,” recalls Worrell. “He casually commented, ‘That is a famous swim that no one has done, and I want to do it.’”

As part of his year-long training regimen, Evans would log lunchtime swims in front of the Dolphin Club, while pouring over nautical maps and tide charts in the evenings.

In preparation for his own Farallones attempt Lenning logged training time in San Francisco’s Aquatic Park and even took part in Suzie Dods’ 24-hour February 2014 relay swim completing loops of Aquatic Park and re-warming in the same Dolphin Club sauna Evans called home in the 1960’s. There are perhaps few better training grounds and comrades than those present in San Francisco Bay. The swimmers from both generations made the most of the water and the wisdom found in the Dolphin Club and South End Rowing Club.

The wisdom then and now dictates that you prepare for epic challenges determined to leave nothing to chance. By the time Evans stepped into the 13ºC waters of the Farallones at 10:17 pm on August 27th, he had a full crew from the Dolphin Club aboard their lead boat, the Water Queen, along with two rowboats, the U.S. Coast Guard Auxiliary, Rita Banks and the Crissy Flier, loaded with pilots, pacers, feeders, and a physician. Evans was a traditionalist and was clad in swim trunks, a cloth swim cap, and heavy glass-and-rubber goggles. He was also coated in ten pounds of what can only be called ‘Farallones grease‘ – marine-bearing grease mixed with graphite, as a shark repellent, applied over a base layer of wintergreen oil. When Evans hit the water he was greeted not by the anticipated 20-foot great whites but rather a large number of giant, 25-foot jellyfish according to the swim logs.

According to the Dolphin Club logs and first-hand accounts by observers the scene in 1967 was described as incredibly eerie, as huge jellyfish drifted just below the swimmer, but with the thick grease coating still fully intact, stings were not an issue. Evans swam alone until 3 am when the first escort swimmer joined him and those who would join him on and off throughout the swim grabbed wetsuits and fins just to keep up. Feedings were as critical in 1967 as they are today, albeit perhaps less sophisticated. Throughout the entire swim, the Dolphin Club’s Don Warto never left his post on the pilot boat, feeding Evans his requested 7-Up and lemon Jell-O for almost 14 hours. Throughout the night and the early morning Evans maintained a front crawl at 55 strokes per minute (ironically a stroke count similar to that reported for Lenning), and only switched to sidestroke for feedings. Knowing that any extra time in that water could lead to failure, Evans never stopped moving forward. According to the swim records, the first sign of any distress shown by Evans was severe shoulder pain at 6 am, but the pain responded to aspirin and when another escort swimmer joined him at 8.30 am the crew became increasingly confident that the mainland was just a matter of time.

The force of the tides flowing out of San Francisco Bay have not changed in 47 years. They forced both Lenning and Evans to adjust in the water in search of attainable dry land. In 1967 the intended landing site was Stinson Beach, but a change in tides began driving the flotilla and swimmer north, while also slowing forward progress to roughly half a knot. Due to the rocky cliffs throughout that section of coast, an advance boat had to scout out a gap between the treacherous rocks, and as the currents again changed closer to shore the crew found a small swimable gap at Bolinas Point. Escorted by two swimmers, positioned to watch for breaking waves and rocks, the Colonel touched bottom at 13 hours 44 minutes and 52 seconds after leaving the Farallones. He crawled across the jagged rocks in the surf break before, in the words of the observer, Dr Fred Howard, “Stu felt so elated that he jogged up on the beach like a track man.”

Just as Bannister did for others in breaking the four-minute mile, Evans showed us all what is possible. On September 16th 1967, just three weeks after landing in Bolinas, Evans, the ultimate sportsman, helped escort Ted Erikson on his own Farallones journey that ended in a boat under the Golden Gate Bridge. Colonel Evans finished one of the most difficult swims in the world, yet the soft-spoken athlete never stopped coaching and encouraging others. Before his death from cancer in 1976, Evans spent countless hours in the water and on the pool deck, not only with his own kids but also others from the communities around Philadelphia, where he eventually settled with his wife, Pauline.

Evans’s legacy continues to lead hundreds into the ocean, for everything from a first dip to a race around an island under the watchful and expert eyes of his children.

While so many swimmers may celebrate conquering a section of water, Evans and his swims continue to encourage a celebration of being part of the water. The waters of the Farallones choose their heroes carefully, and once accepted into the fold the character of those who become part of those waters will continue to inspire across oceans and years well beyond one day’s efforts spent struggling from The Devil’s Teeth.