A Long Talk Over A Long Swim 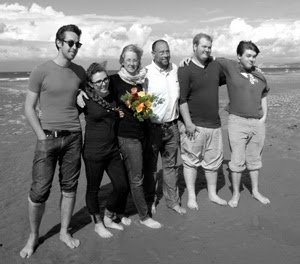 Doug McConnell and A Long Swim Team was invited for a long interview by Dean Rowe, a locally famous radio talk show host in Illinois.

“Dean has kind of latched on to the peculiar elements of marathon swimming, and had lots of good questions. We talked about the Manhattan Island swim coming up in June, but also picked up on some of the old stories about the English Channel, the Catalina Channel, the Les Turner ALS Foundation and even Diana Nyad,” explained McConnell.

McConnell’s interview will be broadcast during the following dates and times on Huntley Radio:

To listen, click on the red Listen Live button during the times above or go to the Dean Rowe Show for the podcast achives.

“It is March now and the Manhattan swim is in June. The weeks are counting down, the days are getting longer, and if we can only get the temperatures above freezing, we might be able to imagine the day when we can swim outdoors again,” smiles McConnell in anticipation as he has raised over US$200,000 for the LES Turner ALS Foundation with his Long Swim Team.