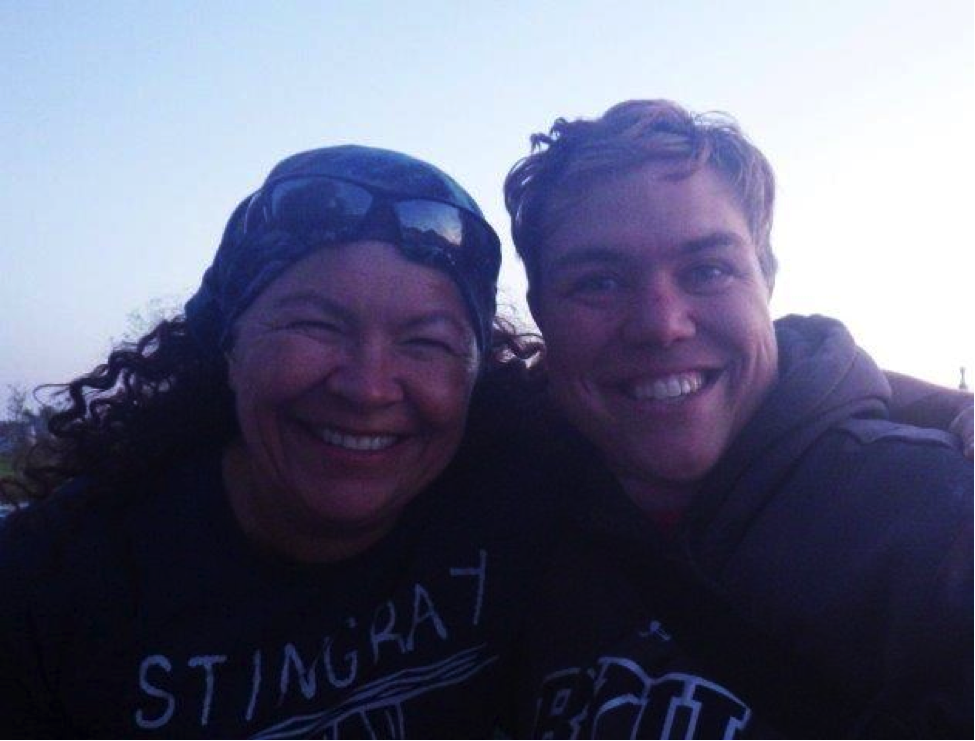 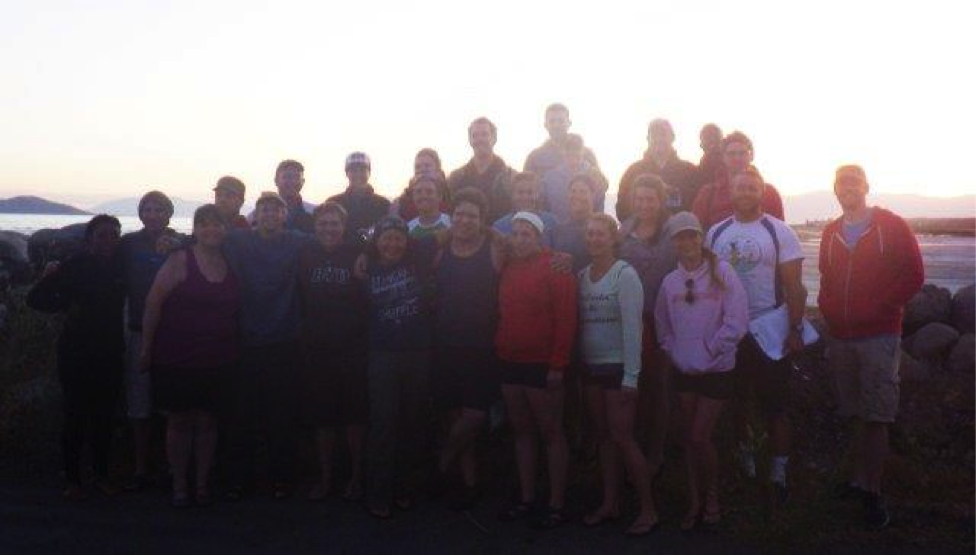 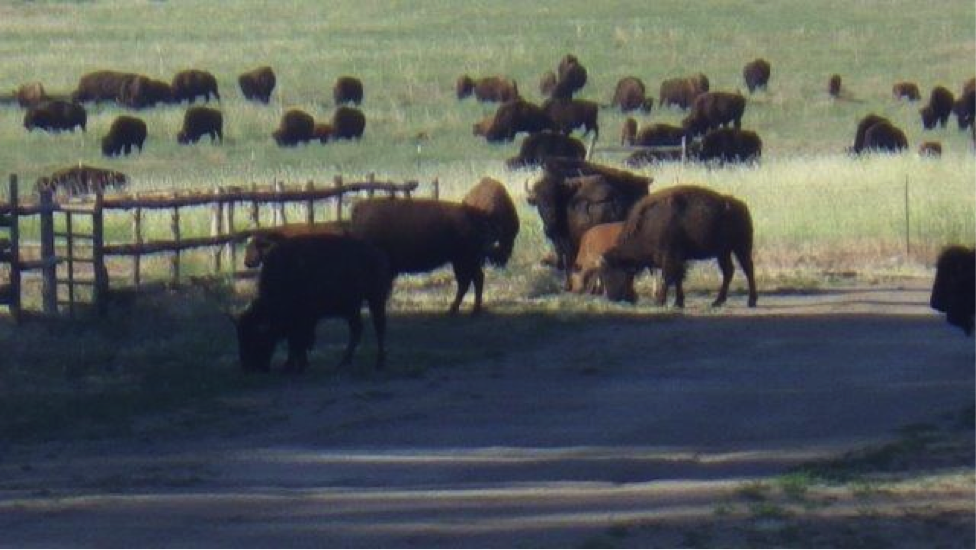 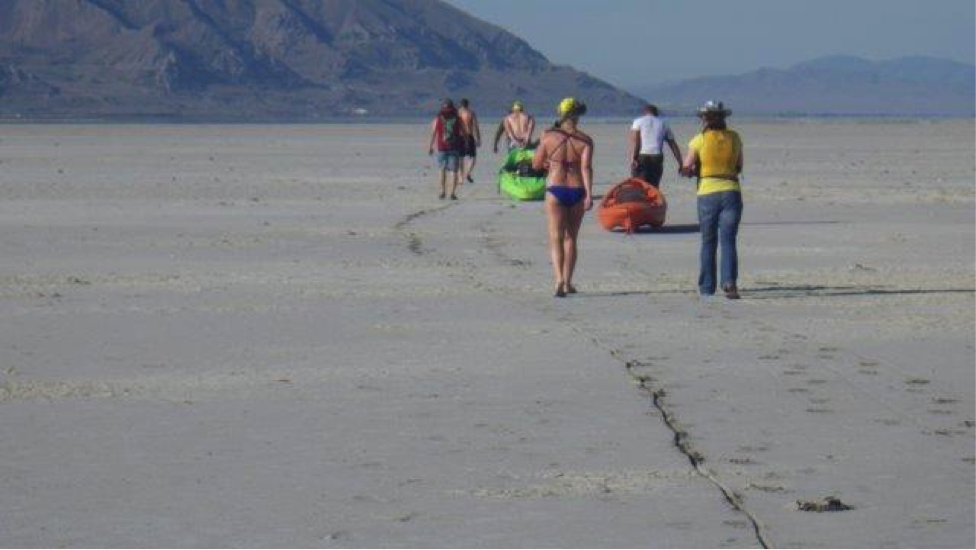 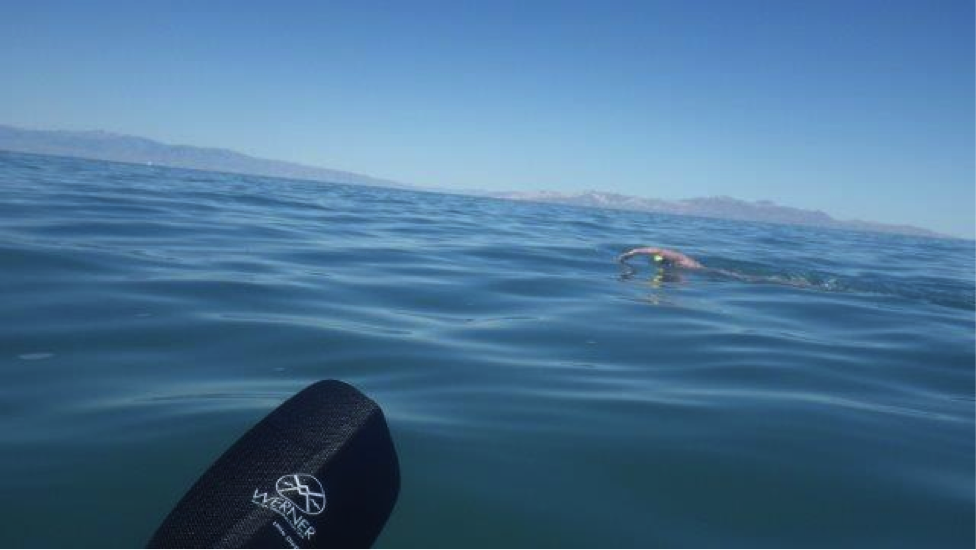 Courtesy of Lynn Kubasek from the Great Salt Lake, Utah.

I read up on the swim and came prepared with everything I thought I might need:

• Bug spray for gnats at the beginning.
• Heavy duty sunscreen for the higher-than-I-am-used-to elevations.
• Lube for chafing (A&D ointment is 15.5% lanolin); I used 2/3 of the tube.
• Mouthwash in addition to feeds for the salt.

We met the night before at Spaghetti Factory for a pre-race meal. It was great to get to meet all the other swimmers and my kayaker, the amazing Becky Richins. Becky set a historical record, the first person to paddle the entire length (90 miles) of Great Salt Lake in a kayak and then back again in one week for a total of 180 miles. I felt really lucky to have someone so confident and experienced.

We met at 5 am at the Great Salt Lake State Marina. The sky was clear and there was just a slight wind. I heard many interesting and unique calls from the myriad of migrating birds that were passing through the area. It is a magical environment. The race directors provided breakfast treats (fruit, bagels, water, Powerade, etc.) that we snacked on prior to departing in three vans with a kayak-hauler.

We were treated to a beautiful ride through the Salt Lake region over the Antelope Island causeway. We saw a large herd of buffalo and stopped to take pictures. We also saw some antelope racing in the distance.

Once we got to Unicorn point, the kayaks were unloaded and we all made our last applications of sunscreen and lube. Either the biting gnats did not materialize this year or my bug spray was super-efficient and scared them all away. It is important to bring a pair of rugged sandals to walk to the start point as you have to portage the kayaks over some sage scrub and salt flats.

Once we got to the water we had to wade out to a spot deemed suitable by the race director.

The water felt a nice, maybe 70ºF (21ºC) at the start. I swim in the Pacific Ocean and was not sure what to expect with the salinity. When I put my face in the water I noted a stinging in my nostrils, which quickly disappeared as my nasal tissues became inflamed. The swim started in lovely glassy conditions. There were brine shrimp consistently throughout the entire swim about 1 inch apart. They are a lot like the poppy seeds on a lemon muffin. You notice them but not so much. As for buoyancy, my legs felt like they were lifted by an invisible pull buoy. I felt “high” in the water.

About midway through the swim, my kayaker told me I was on course for a 4-hour swim. I felt strong and was pretty excited by that. I began to wonder if anyone ever turned around and did a double? (oh, hubris!) Immediately after I had that thought, the winds kicked in and there was a cross-current. Whitecaps rolled over me and my kayaker. Conditions felt pretty crazy and I turned down a couple of feeds in favor of a mouthwash swish. Mouthwash is magical. I was wished I had brought some minty gum to lodge in my mouth.

A couple of Coast Guards on Sea Doos kept buzzing by periodically. There was a 6-hour time cut off that I was aware of. My kayaker told me one of the swimmers had been pulled. Conditions became pretty rough. I struggled to stay parallel with my kayaker as the currents were going in several directions and there was a point where I questioned if I was making any progress at all. Becky assured me I was and we forged on. I was pretty sure my stroke technique was a goner too. All the happy swimming songs in the world were no solace now.

At a certain point I noticed I could see the bottom. I was pretty excited about that because I thought that meant I was close to the end. Right? Not necessarily so…we still had a mile and a half in sloppy seas. Becky succumbed to motion sickness, she said for the first time. I have been there and know that pain. I could see the end and wanted her to head in, but she stuck by me. What if something happened?

We got to a point where I could touch bottom and I told her I would be fine. She headed toward Sea Doo Coast Guards and one of them came to accompany me in for the last ¾ mile. It looked very close for a long time. Finally I was able to stand up and walk toward the finish arch. I saw one of the other finishers on the sand spit and broke into a light jog to the finish.

There were treats: fruit, bagels cold water and mouthwash at the finish. What an incredible triumphant experience! I was not the last swimmer and I suppose I could say I was first in my age group.

This is a first-class event with all details attended to. Although fun and camaraderie were at the forefront, I could tell that safety was number one. I would like to do this again (praying for better conditions) and I someday I want to tackle the other two legs of the Utah Triple Crown.