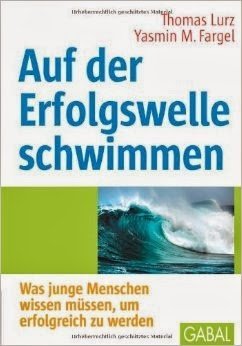 Published by GABAL in 2012 and available in German, the title is roughly translated into English as Float on the Wave of Success: What Young People Need to Know For Success.

Over his long career, the 33-year-old German superstar wanted to write a book because he gives many motivational speeches about how to deal with both winning and losing. “There exists many parallel things between the sporting and working world. I wanted to write these thoughts down after doing sp many speeches in front of big corporations and leading people.”

The hardcover page was not easy to write.

“It was not easy to write a book that is right, but I wanted to do something besides swimming because you always need to fight to be successful. The world of sport is one thing, but after your retirement you need to have something to do. But after the book was finished, it felt great. I was something completely different than swimming.”

After all the successes and loses during his career, Lurz is certainly an authority and a living example of this attitude.