A Wave Of Creative Energy 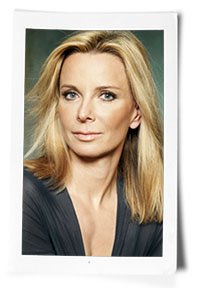 Ous Mellouli, Ram Barkai, Diana Nyad, Stephen Redmond, Penny Palfrey, Keri-Anne Payne, Poliana Okimoto, Thomas Lurz, Chloë McCardel: these are contemporary open water swimmers who are well-known around the world. They are not as popular as Michael Phelps, but through dint of their efforts, they have established their own niche in the world.

They appear on television, give rousting speeches and eloquent interviews, represent themselves well in press conferences, inspire many, and are outstanding ambassadors for the sport.

But what swimmer has the most significant reach in the world?

What swimmer influences people in a profound and inspirational way?

What swimmer and their body of work is read and discussed by millions of people on a daily basis?

Is it a cancer survivor like 2008 Olympic marathon swimming champion Maarten van der Weijden? Is it inspirational open water amputee Natalie du Toit with her tear-inducing performances and speeches? Is it the courageous Lynne Cox who helped bring together two political giants of the 20th century and continues to write poetically about the open water? Is it pioneer swimmers like Lewis Pugh, confidante of presidents and prime ministers, who brings global attention to climate change in unique exhibitions of human potential? Is it Martin Strel who stretches the imagination with his massively long river swims and millions of online followers?

These athletes certainly have global reach, but our answer may surprise you. The name of Susan Casey may not immediately ring bells in swimming circles, but her creativity and output are as constant and powerful as the ocean tides.

In the United States, the former University of Arizona swimmer has her hands in a number of media outlets that touches millions. The current Editor-in-Chief of O Magazine is the driving force to get positive messages and lifestyle themes from Oprah Winfrey to the general public. But Casey’s push to provide inspirational tips for healthy living and provide relentlessly positive messages of hope do not end on the last page of the weekly magazine.

Casey is also the best-selling author of The Devil’s Teeth: A True Story of Obsession and Survival Among America’s Great White Sharks, and The Wave: In Pursuit of the Rogues, Freaks and Giants of the Ocean. She also served as the Creative Director of Outside Magazine where numerous articles highlight the mind-boggling exploits of ocean heroes and heroines. And she helped develop the stories behind the best-selling books Into Thin Air and The Perfect Storm, that both became movies, as well as the 2002 movie Blue Crush.

Storms and sharks. Survival and stamina. Suffering and success. These are just a few of the themes that Casey has weaved into dramatic stories that showcase the finest shades of the human spirit. Her voice eloquently leaps off the pages with a remarkable ability to mix humor and science. Her words so easily intermingle suspense and conflict in ways that touch the very soul of readers – especially those with a passion for the open water, endurance and adventure.

In The Wave, she writes, “…waves are the original primordial force. Anywhere there’s energy in motion there are waves, from the farthest corners of the universe down to cells in your eyeball…I’ve witnessed avalanches, explosions, wildfires and monsoons, but I’d never seen anything as intimidating as those waves. One surf expert described this break as “the entire Pacific Ocean rearing up to unload on your head.” On big days at Sunset, people were often swept away by ferocious currents and surges. What kind of person would insert himself into these elements? I wondered. This version of surfing seemed more gladiatorial than athletic, like grappling with bull elephants…“

In The Devil’s Teeth, she talks about the Great White Sharks of the Farallons, “…As the light came up and I stepped outside I saw that the fog had dissolved, the ocean was unveiled, and the jagged contours of another Farallon, Saddle Rock, were crisply in focus for the first time since my arrival. Saddle Rock reared out of the water only two hundred yards southeast of the main island, and from certain angles it looked exactly like a dorsal fin. Cormorants bunched along its edges, forming an elegant black picket fence. It marked the divide between Mirounga Bay (where the Rat Pack hunted) and Shubrick Point (where the Sisterhood reigned). Many an elephant seal head had been lost in its shadow…

…Stumpy patrolled a swath of sea along the east side of the island near the main boat launching spot at East Landing. For prey, this was not an advisable route onto shore. “No seal gets by her,” Peter said. And while other sharks would take twenty minutes or more to consume their kills, Stumpy could polish off a five-hundred-pound elephant seal in three minutes flat. Though the distinctively cropped tail fin that earned Stumpy her name hadn’t been spotted for several years, Scot and Peter still talked about her with a respect that bordered on awe. “Stumpy was a goddess, there’s no other way to put it,” Peter said, lowering his voice in reverence. One time, Scot rigged a video camera on the underside of a surfboard to determine which angle the sharks were coming from when they attacked. He set the video board adrift off East Landing. Right on cue, like some battle-hardened test pilot, Stumpy gave it everything she had. The resulting footage was stunning, all teeth and whitewater and violent smashing noises that brought to mind a subaquatic train wreck…”

Her books are centered around a protagonist, heroes of the seas. Time and time again in myriad ways, Casey vividly overlays these hero’s strengths and weaknesses within the dynamic environments of oceans and mountains, offices and home. Her writing often generates a unique blend of smiles and tears, wonder and worry, sometimes all on one page.

Like the great storytellers throughout history, she can distill emotions from people of all ages, abilities and backgrounds. Sometimes, her words are treat the reader like the soothing waves gently caressing our sentimental shorelines while at other times, her descriptions are similar to huge surf barreling at us with a powerful force.

From her home in Maui to her office in Manhattan, Casey is a constant wave of creative energy. With aquatics deeply embedded into her DNA, she continues to educate and inspire many.

Tags: Freaks and Giants of the Ocean, Susan Casey, The Devil's Teeth A True Story of Obsession and Survival Among America's Great White Sharks, The Wave In Pursuit of the Rogues