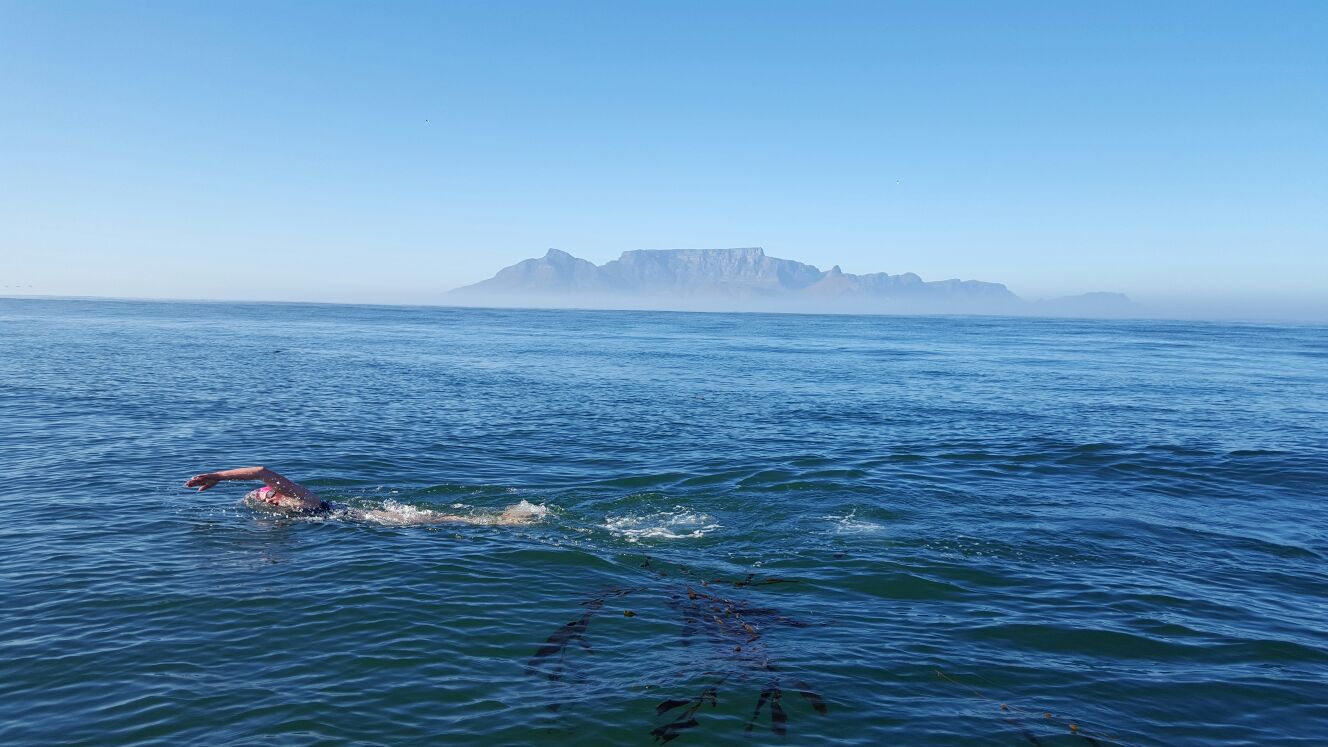 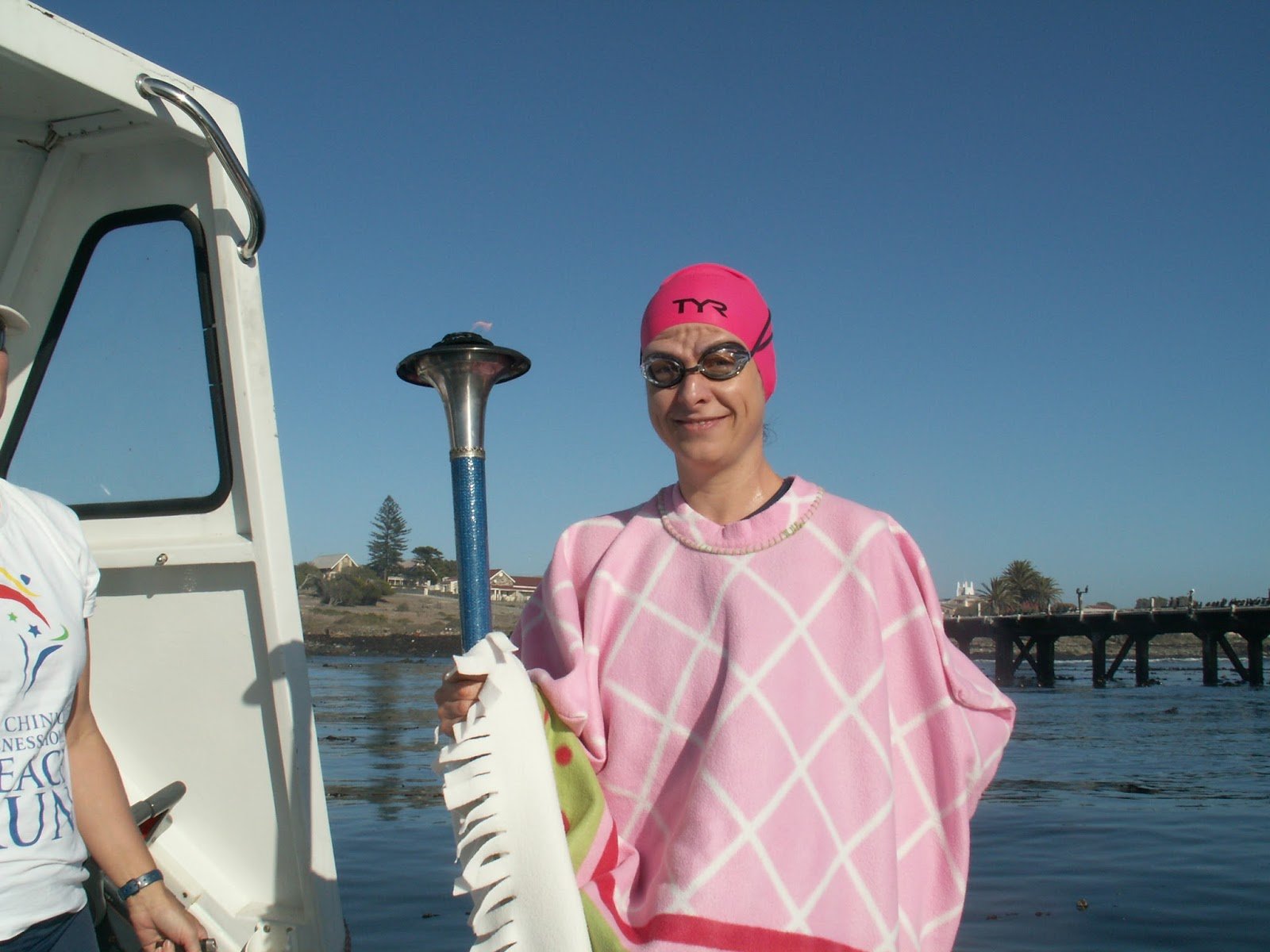 The slender 39-year-old from the Sri Chinmoy Marathon Team in Zlin, Czech Republic battled 9-11°C water to add another crossing to her growing number of open water swims with her 2 hour 35 minute 7.5 km swim.

Starting at 8:54 am on a sunny morning, Bernadova swam through ocean swells to climb the rocks at Robben Island a UNESCO World Heritage site where Nobel Peace Laureate Nelson Mandela had been held prisoner for 18 years. In the calm, cold waters, she faced jellyfish and a dense forest of kelp. She said, “The water felt really very cold. Luckily my helpers – Penny, Stacey and Chris – did not tell me any numbers. I expected the water to be about 13°C, since the wind had been pushing the cold water up from the southeast.

On the websites, the water temperature was reported as 16°C, but all of us were worried that I would become hypothermic. I had only trained in 16°C water, plus two 30-minute swims in Cape Town during the two days before the start. My hands and feet and even my mouth were getting numb/ After about an hour, I was not sure at all whether I would be able to hold out
.” 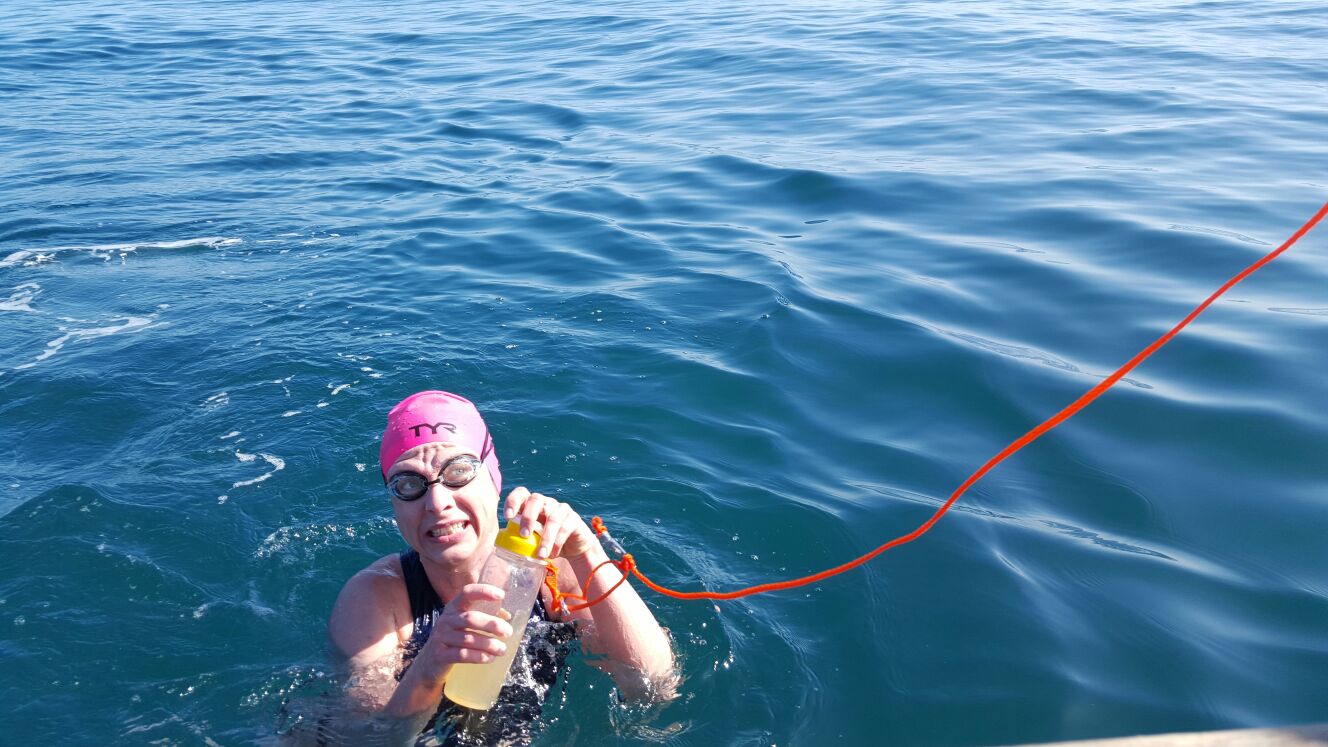 The temperature increased to 11°C, but it still did not help. “I could not feel any difference. I just focused hard, prayed, and thought of Nelson Mandela. If he could endure so much, I could handle this too.

For the last 800 meters, my teammate Stacy from New Zealand swam with me. Plus, there were warm clothes and drinks ready for me on the beach. My body was shaking which was a good sign that I was not hypothermic. Luckily, I did not have to swim back to the boat. At the finish, I noticed blood on my foot and I realised I must have cut the foot on the rocks at the start 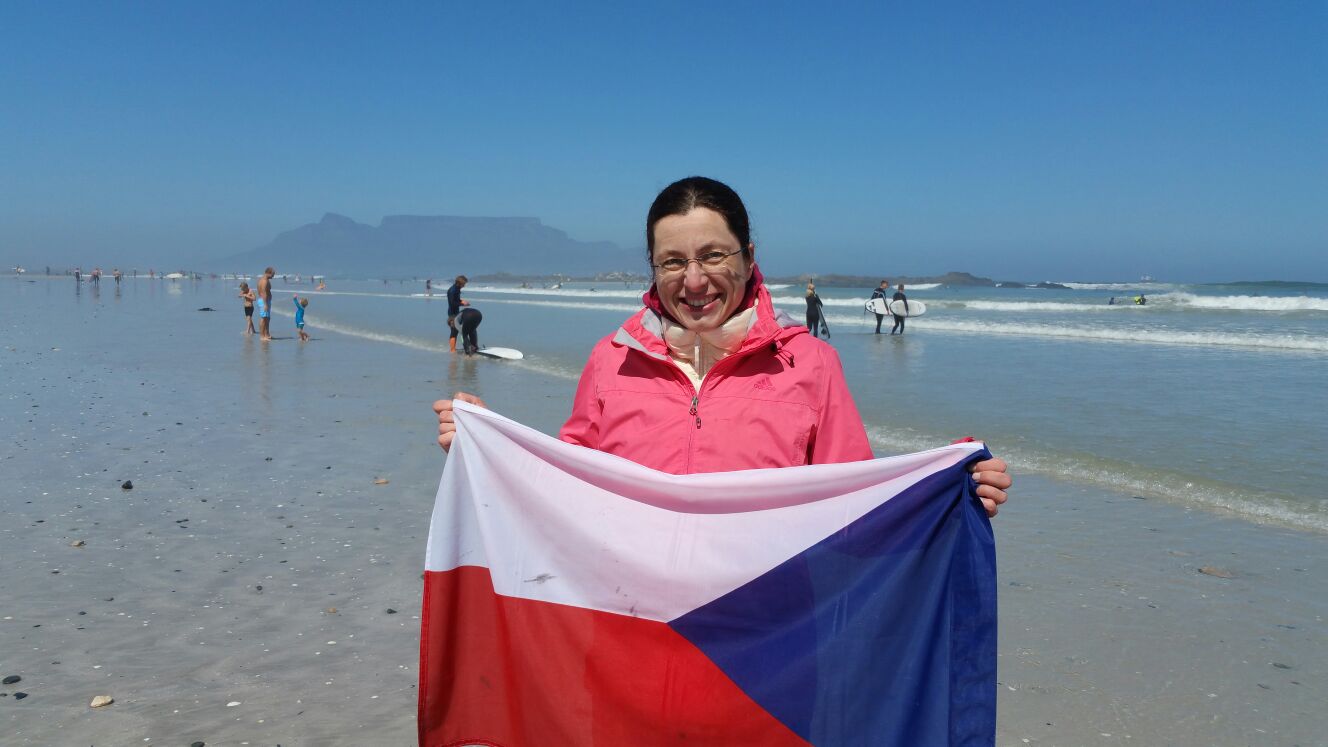 “Again, ignorance was bliss – had I known about it, I would have not been able to swim so peacefully. But apart from the jellyfish and a seal that my helpers saw, no other marine life had showed up.”

She recalled her motivations to swim in Cape Town. “My inspiration to swim Robben Island was mainly to honour Nelson Mandela’s life and character. President Mandela for me was always a great inspiration. His dream of a free and peaceful society is alive and needs to be commemorated and still fully manifested. His ability to forgive his captors and cooperate with all to build a just and equal society is incredible. Our world needs more people like Nelson Mandela. I am happy that with today’s successful crossing I can pay tribute to him.” 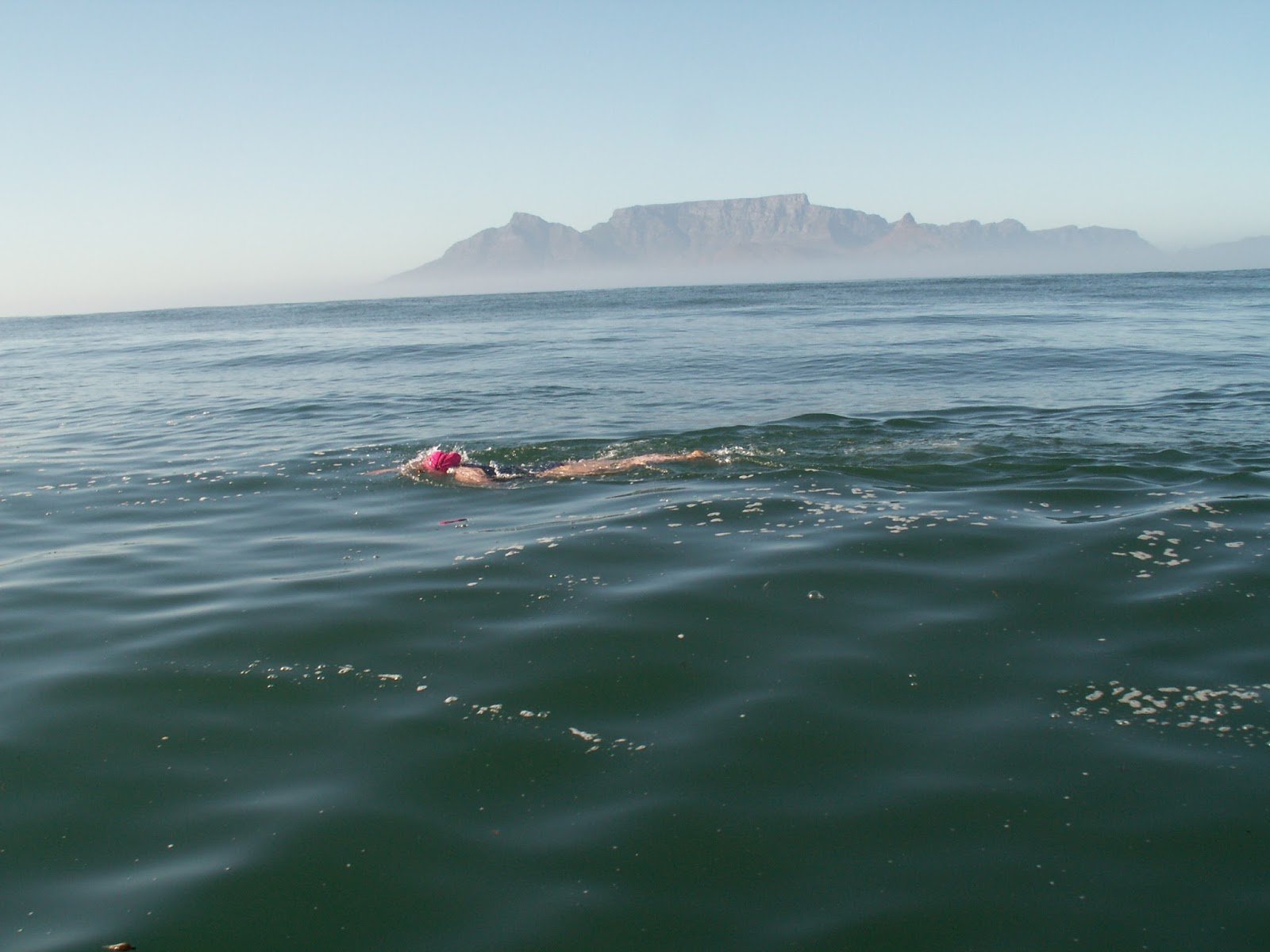